Watching random horror films is almost my go to now. Since I am so far behind, I look for one with a shitty or silly cover, and just go for it.

Smiley? That shit creeped me out. Dude has some sort of skin face, with eyes and a smile face stitched in, no real other features.

What is more surprising, regardless, is that the director of this film is Michael J. Gallagher, who you haven’t heard of. Why? Because as of Sept 1, 2013, he is only 24 years old, directing Smiley when he was 22/23. He has been directing shorts and other things since 2005, when he was 16, so the dude knows what he wants. It is just strange to see a movie at all directed by someone younger than 40, more or less. Kevin Smith directed Clerks when he was only 24, and look what happened to him. Can this guy be the next K. Smith? 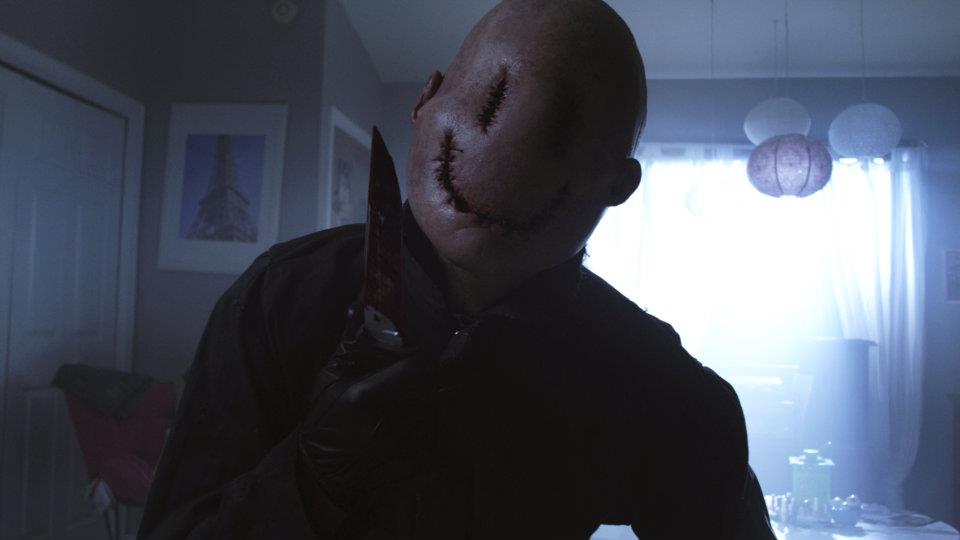 That smile is like, mocking me. Go away creeper.

This movie takes place in a super modern world, where teenagers and college kids actually know about the internet. They have 4chan, Reddit, Anonymous hacker group and all of that shit. They also have a strange version of Chat Roulette. Okay, it is identical yo Chat Roulette minus the name. However, there is an urban legend going around that there is a dark entity that can kill people over video chat if you summon him.

“HOW DO YOU SUMMON HIM?” you ask, quite loudly. Well, you just have to type in the magic phrase three times.

“WHAT IS THE MAGIC PHRASE?” stop yelling.

Yeah. I am serious, this is true for the movie. You also have to want the person to die, it won’t work if you don’t believe. But when some college kids start testing its limits, they begin to freak out when they realize that Smiley knows what they look like, as he can see them through the other webcam. What if, after he kills for you, he eventually comes for you?

Starring Caitlin Gerard as our heroine, Melanie Papalia, Shane Dawson, and Andrew James Allen as other college kids, Keith David and Toby Turner as cops, and Roger Bart as an ethics professor.

Wait. Roger Bart? That dude. He was the singing voice of Young Hercules in Hercules. Weird as fuck. 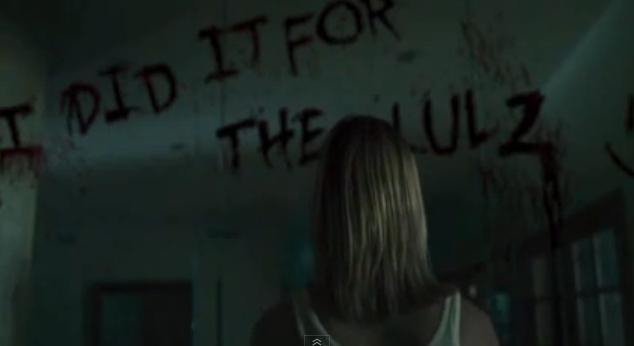 I did your mom for the lulz.

Smiley is beyond ridiculous. You can tell from my description I hope. A young director does mean we get to see a movie about things that teens and college people know about today, so that was interesting.

The ending featured a twist I can say I didn’t see coming, but I loved, even if it didn’t really make sense. What they were trying to get at was pretty cool, and the implications of it in the real world can be felt. Sorry, trying to not give away the twist, but I am just sounding like a Vague Valerie.

Shit, just watch it maybe. Or let me spoil it for you. Or look it up. Either way, kind of a shitty movie, but it was a bit entertaining.