Science fiction! Aliens! LA getting fucked over, again. These are the thoughts that I had about this movie before I knew what it was about. Which is pretty much true.

One of the many times LA has been fucked over, in recent years.

First off the movie was definitely beautiful on the Blu-Ray. Top notch cameras and CGI work. Technically this is just another alien invasion story, but this time they seem to include no battle ready war vets, no battle ready army people, nothing. Just a few regular people. The actual cast list on this thing must be low, minus random party people, random people on roofs, etc. Never really pay any attention to them anyways.

Skyline is the title, more or less, because I guess the ships are in the sky? It could be better. The main lead is Eric Balfour, but other people are played by some of America’s favorite TV stars. Detective Angel Batista from Dexter, and Dr. Turk Turkleton from Scrubs.

These group of regulars and some ladies find themselves in a big Las Vegas penthouse/hotel thing, when Aleins come down! They have crazy blue lights, and when people stare at them, they tend to kind of ‘lose their mind’ and walk towards the stuff. Bad things. In fact, that was a pun because these bad boys tend to steal brains. Why? I try not to spoil shit, so stop asking.

The ending is kind of ehh though. They could have did what they wanted, without doing all that they did. They did just too much so that they inadvertantly started a new story, and then just stopped it. And by stopped it, I mean the ending credits flashed scenes that happened next too, which was just annoying. Small movements, and that is it. Some bullshit way of setting up a sequel, that may or may not happen. YOU DON’T HAVE TO JUST STOP SUDDENLY TO SET UP SEQUELS GUYS, STOP DOING THAT. But should there be one, it will take on an entirely different tone from the first film. Hopefully less Eric Balfour too, who just has a face that makes it seem like he will rape everyone. 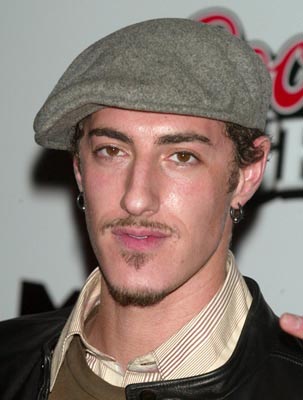 Bet you were expecting a picture of Flynn here, weren’t you?

I think generally I give every movie 1 less rating if the ending made me mad/felt incomplete. So there ya go.