It turns out that Silent Hill and Silent Hill: Revelation are actually connected movies! Shocking I know. But for some reason I just figured they’d be two different stories both set in the same town, based on different games in the series. After all, it has only been a six year difference between the movies.

But nope, Sean Bean plays the same character in both movies, so I had to rush watch the first one to make sure I understood all the complicated plot developments this movie would surely have. 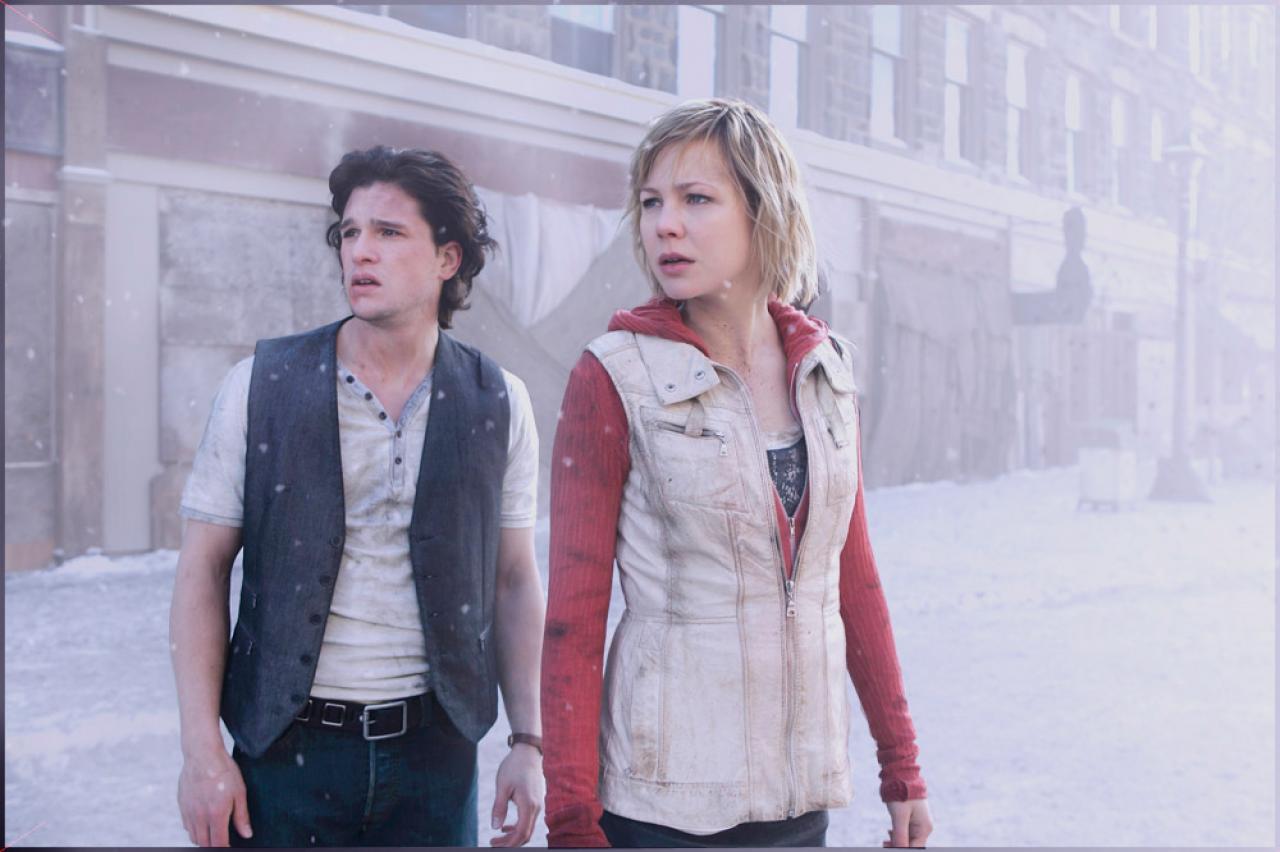 Well, at least this also has snow. Wait no. Ash. Yep, that’s ash.

Well don’t worry, seeing the first film is not necessary. The dad (Bean) and daughter Heather/Shannon (Adelaide Clemens) are moving all across America because the cult in Silent Hill, West Virginia is after her. She doesn’t remember any of the events from the first film, when she was in the town with her mother (Radha Mitchell), and didn’t know that her mom was still trapped inside its city limits.

But when they move to a new town, with new identities, she continues to receive strange dreams that feel extremely real, telling her that she is never to return to Silent Hill.

So when her dad gets kidnapped to protect her location, she does what anyone would do in that situation, and returns to Silent Hill. Thankfully she has the help of Vincent (Kit Harrington) who also happened to be a new kid in school, and for whatever reason doesn’t find any of this weird.

The cult wants to kill her, because they believe she is the innocent part of a demon child Alyssa that is terrorizing their town…that they also created. They are hoping to kill the demon, in order to birth a new demon, who can uh…kill the world? I am not even sure. But Carrie-Anne Moss is in charge of it all, and Malcolm McDowell plays a blind crazy uncle.

I don’t go to 3D movies a lot, right now my count is at six, but I am trying to give them more chances. “Silent Hill: Revelation” is by far has the worst 3D I have ever seen, and I also watched Katy Perry: Part Of Me in 3D. Its 3D consisted entirely of things coming out at you and roughly zero of everything else. It was made purely for a scare factor, but even did poorly at that aspect.

I don’t think you need to see the first “Silent Hill” film to see this one, because they try to explain everything you need in the second movie. However, the plot made absolutely no sense to me, despite seeing both films. I can’t tell the point of the cult, nor could I fully grasp why the town went to hell in the first place.

Most would say that the movie isn’t about plot, but cool visual effects. Well, its visual effects are bad (and they should feel bad), so then the movie just might be about being scared! But even I didn’t find it scary, just predictable and weird. The first film most would agree was a bit dull, trying (and failing) to recreate the alone feelings felt from the game. I think it is obvious that for this film they tried to amp everything up, yet still it just didn’t feel quite right. A bit disappointing that this is the only horror movie to be released on Halloween week. If you are looking for some good scares, I’d recommend basically anything else but this.