Sherlock Holmes is one of those characters that everyone knows. Like Robin Hood, but with Asperger’s Syndrome. and nothing like Robin Hood.

The movie tries to create a Holmes that is closer to the actual source material, and not like the more famous “pipe and hat, smart guy” that some other show popularized. Because apparently Holmes can fight too! 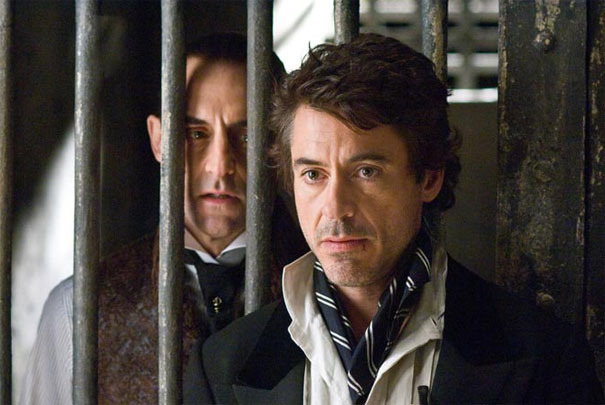 He also is trusting of such silly things, like jail cells.

At the beginning of the movie, Sherlock Holmes (Robert Downey Jr.) and John Watson (Jude Law) are trying to stop Lord Blackwood (Mark Strong) from killing a woman, and attempting to summon a demon.

Well they catch him, and successfully put him in jail. Later, he is successfully hanged for his crimes and the movie is over, yay!

Or not? A few days later Holmes is visited by Irene Adler (Rachel McAdams), a former adversary, and still current thief. She needs his help to find a man, and is working for a mysterious professor. Oh yeah, and Lord Blackwood’s body cannot be found, and it makes it seem like he escaped from the inside. Especially when other people start dying, and you know, see him.

This causes the Temple of the Four Orders to get involved, a secret society dealing with magic and the dark arts, and want to put a stop to Blackwood, so they try to hire Holmes. Long story short, bad things happen, where Blackwood puts the entire British parliament in danger, with plans on then taking over the US and the world.

Oh yeah, and we get the bumbling Inspector Lestrade (Eddie Marsan) and Mary (Kelly Reilly) the potential fiance to Watson in here as well. 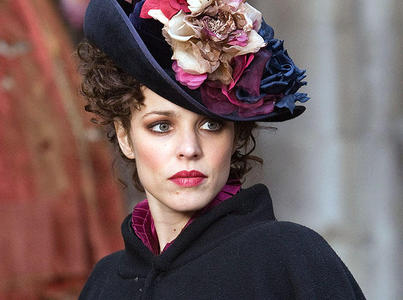 It should be noted that most of her outfits look out of place, even in old-timey England.

This movie probably gets the distinction for being the easiest to understand Guy Ritchie movie. They are all British, but since it is helmed by RBJ, it is the least British. Not saying that all American actors are easy to understand, because Brad Pitt in Snatch was definitely the least understandable character.

Much like how my paragraph probably made no sense just then.

But still! Its hard for me to to give the genre “Adventure” to most movies, but I find it entirely suitable. With action, drama, and comedy, the first Holmes movie was entertaining in all aspects.

The second one? Well, we will see. I heard it had Thor in it.