Sharknado 2: The Second One — Because people think that the first Sharknado was a bad B Movie.

That isn’t true of course. It was just a bad movie, worse than a B movie, and it tried too hard to make itself be funny bad, and instead was just terrible.

But forwhatever reason, the internet decided to run with this as a joke it definitely needed, and it got way too popular for no reason.

So now we have Sharknado 2. 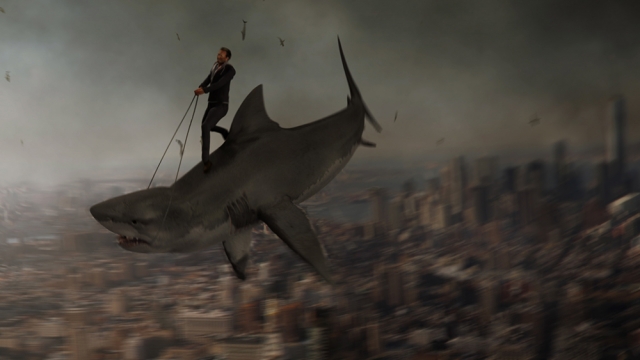 And if not, uhhh, spoilers.

The last movie was set in LA and starred some people. This time, it is set in NYC and the idea of a Sharknado is an actual thing. Hell, even the book How to Survive a Sharknado and Other Unnatural Disasters: Fight Back When Monsters and Mother Nature Attack is in this movie, though written by one of the main characters from the last movie, April Wexler (Tara Reid).

April and Fin (Ian Ziering) are no longer together, but they are flying to NYC to visit family and friends, when, of course, a bunch of crazy weather shit happens. Huge storm, winter icy blast, and for whatever reason, a shit ton of Sharks, means NYC is about to get fucked up and a whole lotta people gonna die.

And that is all you really have to know. A lot of cameos of random people, but if I told you who, you’d know they would probably just end up dying. 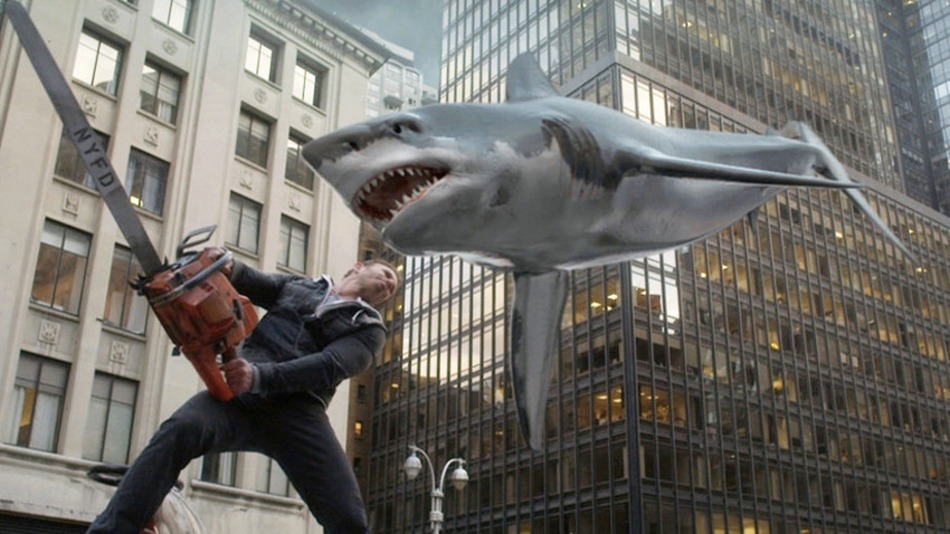 Another maybe spoiler, but this one is cooler.

And there it is, a bad sequel to a bad movie. HOWEVER.

And it hurts me to say this. It hurts me so much.

Sharknado 2 > Sharknado. Sharknado felt like I was getting hit in the head with a shovel for an hour and a half. Shaknado 2 merely felt boring and you know what? I laughed occasionally.

The beginning of Sharknado 2 was just as bad as Sharknado, but it got a little bit better. Their jokes are bit funnier. Especially one Shark hopping scene, I down right smiled.

It is still just as cheesy, just as poorly conceived, but you know what. Just a tad bit better.