When someone sees the title Shark Night 3D they will assume certain things about it. One, that there is a a lot of gore, peopl getting ripped up in bloody disgusting ways. Two, if it is about college kids, sex and naked swimming is bound to happen, and then those people will die. Three, probably they will die because of having sex, or doing drugs, or being bad people, not just dying for no reason.

I can say that this movie has none of the three expectations, and for one obvious reason. It is rated PG-13.

WHY THE FUCK IS A MOVIE LIKE THIS RATED PG-13?? 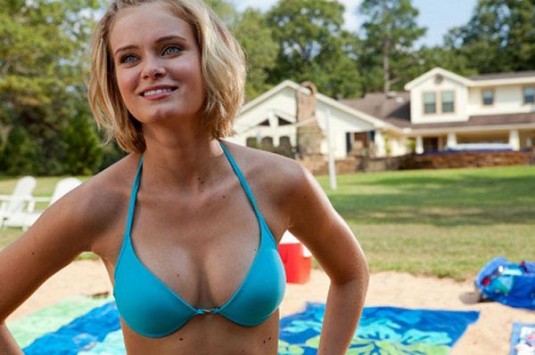 This is about all you will get on option 2.

So yeah, group of college kids going to…a lake house! The “main character” is Sara Paxton, from the picture above. She used to live in this area of Louisiana, and left for college to get educated! It shows, because no wone they meet in town seem to have any brains. Not even local sheriff, Donal Logue, or that guy from Grounded For Life.

The main guy, if any, is played by Dustin Milligan, but they also have Joel David Moore, or that guy from Dodgeball / Grandma’s Boy. So yeah. Eventually a shark attack happens. Not sure whats going on. Sharks take out boats too. Other twists and turns. And then it ends, on a very very vague note. Not in “oh man, what happens?” way, but a “okay, they won! Hey look another shark” kind of way. Boring. 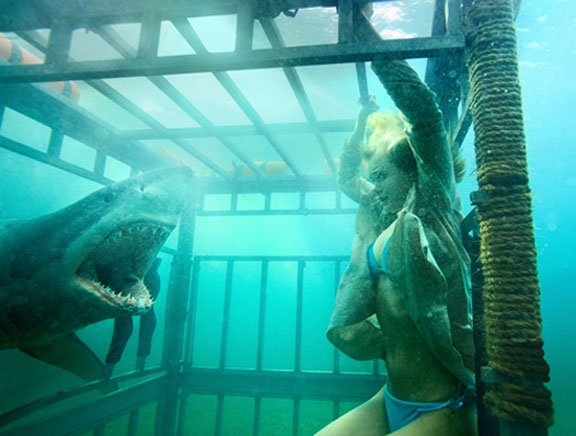 Also, the sharks in this movie. They look horrible. Fake and bad. Not even scary, just dumb. Obviously CGI’d, and CGI’d badly. Might even make you throw up. Which is a reaction the movie might be going for, since there cannot be any gore.

The plots for the characters and how they die are stupid. One guy, for some reason, wants to get vengeance so badly that he takes a spear and walks into the lake, just to try and fight it. What the hell? His whole character doesn’t make sense.

Usually I give it a 0 only if I am angry at it. While I am not as angry as I normally am for an 0, I am angry that they attempted to do this sort of movie, with the rating restrictions in place.