End of the world movies are pretty popular now a days. I say that as if they ever weren’t popular. But yeah, probably because of some 2012 topical shit, people like to think about their last moments on earth if they knew it was coming. Perfect Sense recently had a disease that made people lose their senses, and Melancholia actually had a planet coming to hit Earth. Sucks.

Seeking A Friend For The End Of The World is about the end of the world, thanks to another celestial object hitting it, and needing a friend during it. 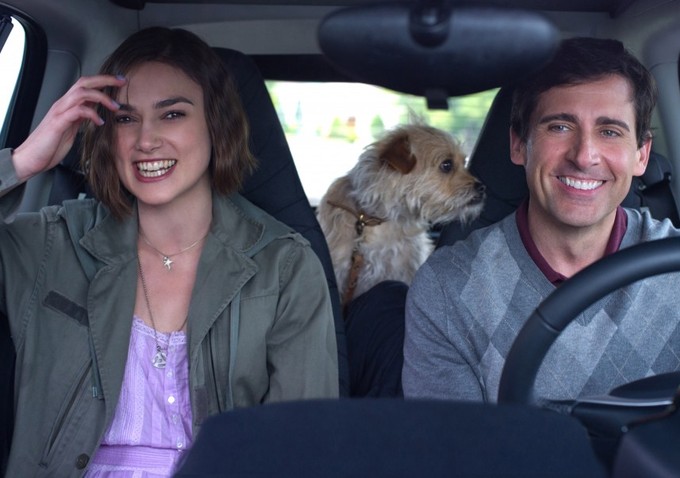 Well, if dog is a man’s best friend, the chick must be looking for her friend. Logic!

But yeah! 70 mile asteroid coming to hit Earth in 14 days, their last chance of stopping it has failed. Because knocking it off course was apparently too hard to do. Either way, end of the world, eventually the electricity will be shut off, and rules are out the window!

Dodge (Steve Carell) is a middle aged office worker, with nothing really going on his life. In fact, when he heard the news with his wife, she just left the car and was never seen again. Hmm. This leaves Dodge in a stupor, as he listlessly continues with his life as if nothing has changed. Nothing but a meteor, and a crying girl on the fire escape. Penny (Kiera Knightley) is upset because she won’t see her family ever again. British and all!

Well eventually they come to an agreement. If she helps him get to his old high school sweetheart, he will get her to a person who owns a plane. Yay! Too bad she has to awkwardly leave her boyfriend behind (Adam Brody). Speaking of awkward, this whole thing is awkward. Awkwardly spending their last two weeks before the crash, and also featuring Martin Sheen and Derek Luke, how would you spend your last days? 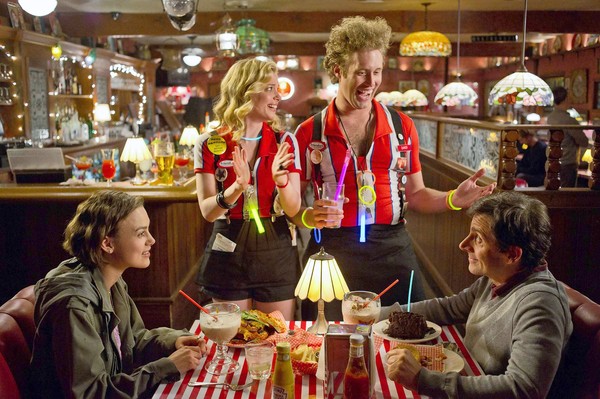 Or high and working at a restaurant.

I thought originally this movie would be a more comedy based, since the other ones were pretty serious or romance based, and it turns out this is more of the same. It has some amusing moments associated with it, but not really enough to go straight up comedy. Basically the restaurant scene was really the only completely humorous scene, and a few more at the beginning. But it definitely took a more serious tone halfway through it.

I kind of found it hard to keep interest in it as well, and the romance between the main characters really didn’t feel natural. That could be intentional, since this is not a natural time in anyone’s life, and as the title states, they just want anyone to maybe spend the end with. Kind of like a new years eve kiss, but a much more extreme example.

I think overall it is okay, but didn’t end up being enough to make it more interesting than other recent end of the world flicks.

2 out of 4.
Tags:2 out of 4, Adam Brody, Derek Luke, Drama, Keira Knightley, Martin Sheen, Sci-Fi, Seeking a Friend for the End of the World, Steve Carell