This same week I had a review of Win It All, and noted my disappointment that Netflix had dropped their ball on their original films finally. And no, I have not seen Sandy Wexler yet. But we all know that it doesn’t count against them.

Needless to say, I was still excited about Sand Castle, much like how I am excited about War Machine. By all means Netflix, start producing war movies, a new genre for you unless you count Beasts of No Nation.

At this point this review is just name dropping films. I better get to the point before I get sued or accidentally make money on advertisements. 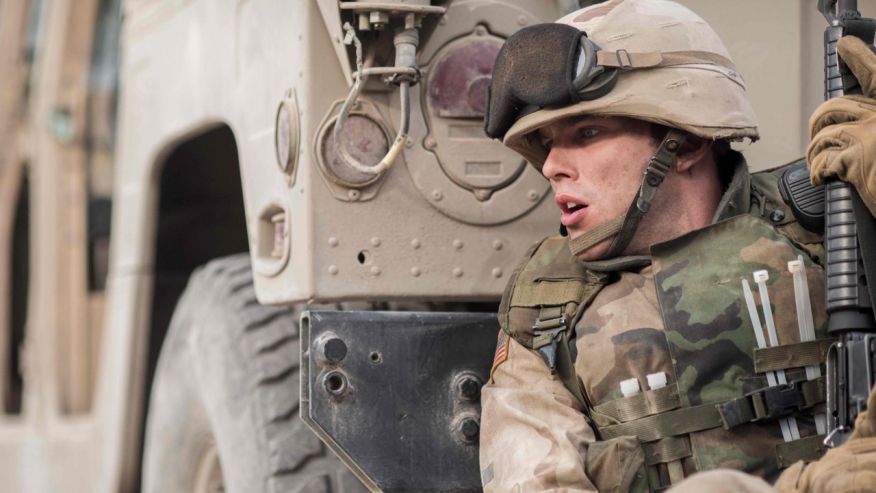 “You know what would make this war better? Some ice cold Mountain Dew.”

This Afghanistan war is going to be from the point of view of Matt Ocre (Nicholas Hoult). He is a smart guy, but he enlisted only because his dad and grandfather did before him. He would certainly rather not shoot people, and he tried to get sent home by having a hand injury that he he used on himself.

But alas, it does not work, it heals “enough” and he is sent out with his unit. Staff Sergeant Harper (Logan Marshall-Green) is their leader, with other recruits like Sergeant Dylan Chutsky (Glen Powell), Sergeant Burton (Beau Knapp), Coporal Enzo (Neil Brown Jr.), and 1st LT Anthony (Sam Spruell).

After a hard and successful shooting mission, their small crew is asked to help with a nearby village. Their water supply was cut off, thanks to an accidental attack from the Americans. So they need water and need it bad. They are tasked with daily driving a giant tank (I mean like the kind that holds water) to a site 3 hours away to fill up, and back, while also helping to oversee the engineers fix the problem for the city.

You know, with people trying to kill them and steal water and things like that. Weeee! 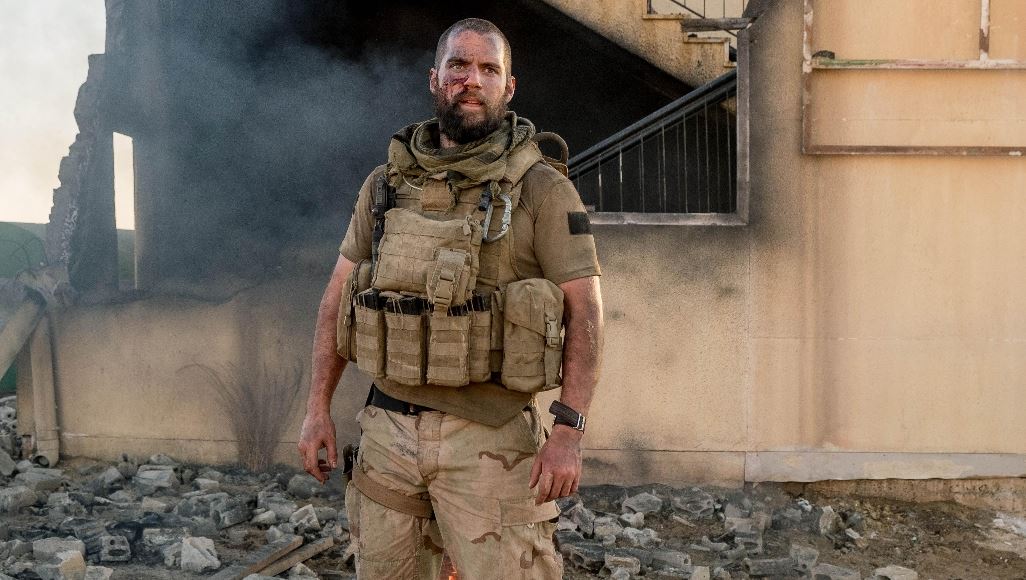 “This smoke is annoying, but later I am going to hit the shower, wash off the blood, and bathe in Dew. Mountain Dew, the fresh blood remover.”

My favorite war films are the ones that have higher amounts of drama elements versus action elements. Most war films in a real setting try to give us some sort of realism, so films that deal with the the heavy emotional toll, the human sacrifices, the citizens who get swept up in it all, the politics, those are my favorite. I could care less about all the bang bang shoot em ups.

And given that this film is mostly about a special operation mission, it has a lot of the above elements, filling me with moderate amounts of joy. Hoult being our main lead in a war film is pretty new territory for him. Sure, for whatever reason he keeps getting put into action films, usually with fantasy elements, but he isn’t a big buff dude war hero. (Oh man! Maybe that explains why he smart instead in this film! Shock!) But he does a good job of balancing war emotions with not wanting to get shot or kill innocent people.

The other members of their crew feel like a real tight knit community. I am always impressed with the bond the soldiers seem to have in a lot of these films, like the soldiers in Fury as a recent example.

My biggest issues come from the end, where thanks to PLOT, our group does have to go on a big action war effort. And it is at night, there are explosions, dead bodies, and lots of guns. Very typical war fare, but a scene that just bored me to tears after the excellent drama and skirmishes I had before. Dark scenes don’t make things feel tense for me, instead they just make me annoyed at what I cannot see and force my brain to fill in the blanks.

Overall a pretty decent effort, good acting from the main actors involved, and a decent story to go with the war.