Run, Fatboy, Run I heard about first years ago, but just never got around to watching. I mean, just from the title I wanted to watch it, and knowing it was a Simon Pegg movie made me want to watch it more. I had no idea about the plot either. Which is why I first got it confused with How To Lose Friends & Alienate People, which came out soon after. Oh well. Turns out those movies have big differences, like rating, and in amount of Megan Fox. 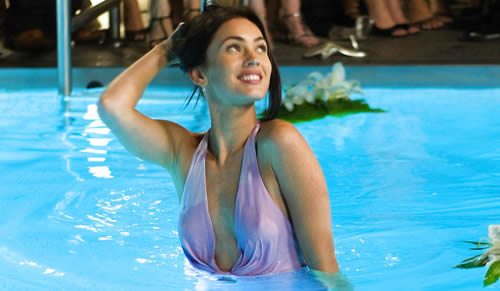 Statistically, when comparing two movies, the one with less amounts of Megan Fox usually ends up being “better”.

The movie starts out unlike other Simon Pegg movies though. Dude is getting married! To Thandie Newton. No racism in this movie! Why? I mean, he does like her. But he also knocked her up. So its one of those things. All of it freaks him out though, and he runs away.

Flash forward five years! For some reason she is still upset about the whole “running away from Marriage thing” and it is hard for him to get to hang out with his son. He is now a more unfit human being (not “fat”) and a security guard, who can barely pay his rent, and bums money off of people. Similarly, his “woman” got a new man! Hank Azaria. Which, when compared to Simon Pegg, does seem like a better choice. He has money, he is nice to people, he even runs marathons for charities! See where this is going?

Simon is trying to prove he can change his ways, before Hank takes his son and former almost wife to Chicago (they live in London of course) and he never sees them again. He attempts to prove this by showing he can not only run in the upcoming marathon, but beat Hank as well. Theres the movie in a nut shell, minus the ending.

Parts of it were pretty funny, but a lot also fell flat for me. Simon plays a pretty normal (British) guy, so he is easily relatable and root-able. I wasn’t even sure if I liked it overall until the end. The end and race (which is like, 30 minutes) did a great job of making Simon way better than Hank, and giving a great feel good story that will make you all warm and cozy. It is mostly predictable, the movie plot lines, but that is fine. 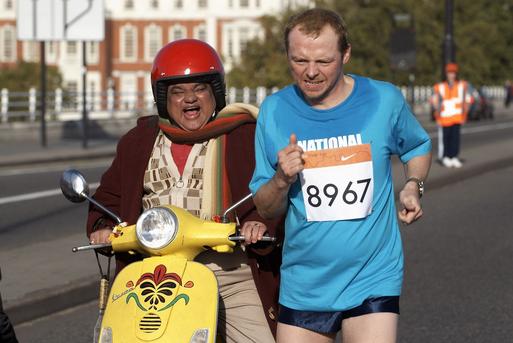 Also, in case you are wondering, the charity he chooses is “National erectile Disfunction Awareness”.