Low budget sci-fi has a bad name. Because wit a low budget, comes CGI that stands out. With a low budget, means a lot more of the budget goes into the bad CGI than good actors. We might get people who used to be famous or were on a TV show a decade ago, and they are relying on that fading star power to turn a profit.

Basically, the SyFy channel is a big reason why low budget Sci-Fi has such a bad name.

But I went and saw Rogue Warrior: Robot Fighter anyways in theaters, because a low budget can still bring on strong human emotions and universal themes taken to extreme. Even if the robots look terrible, it can transcend the budget and tell an amazing story. Sci-Fi doesn’t need those dollar bills, it just needs a good plot. 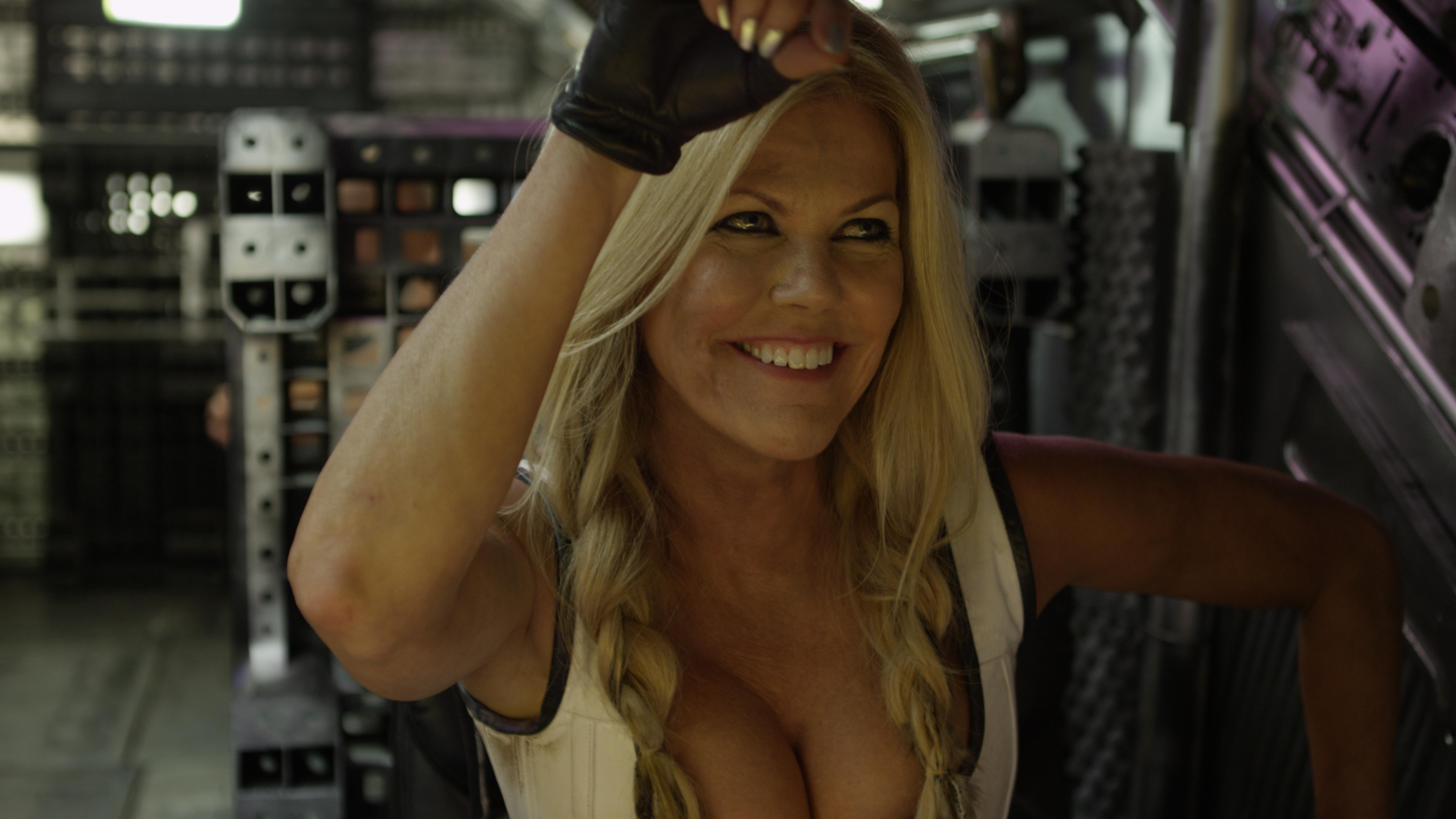 And I can already tell what kind of plot this film has.

Set in the future, robots have basically taken over the world. Damn Artificial Intelligence. People still exist, but in hiding mostly, and some are people trying to fight back.

Our heroine is Sienna (Tracey Birdsall), who is great at killing robots and looking fly at the same time. She works with a small crew, including Dr. Johnson (William Kircher), their leader Ralston (Stephen Manley), a tech guy Blister (Tim McGrath), and a lot of guns. They have heard about a rumor of a bunch of EMP bombs on another planet, but it is just rumors. They have to just keep doing what they are doing.

But not Sienna. Screw that. Screw robots. She wants to find the bombs on her own if she must and save the human race. And she will break out a former fighter friend of hers, Skullcrusher (Daz Crawford) to help! But what Sienna doesn’t know about her past might change her destiny.

Also starring Ashley Park as a sexbot, Tony Gibbons as a voice, and Marc Hawes as a mysterious character. 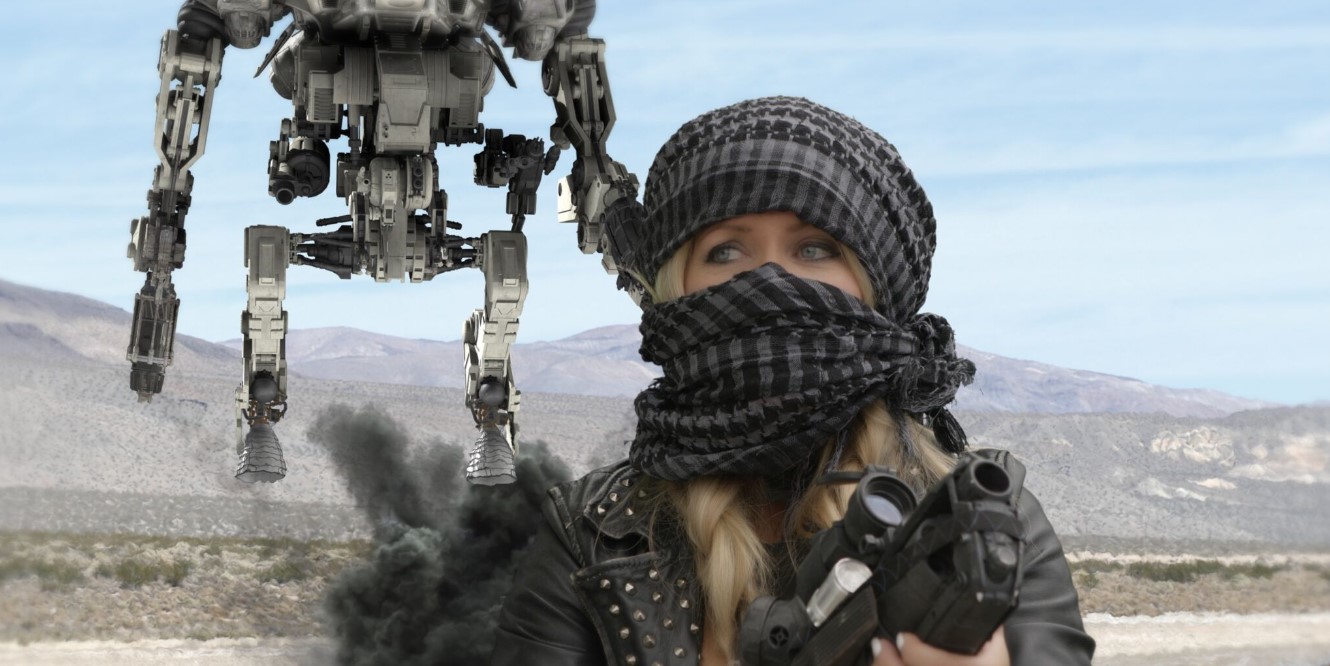 Remember, no matter how bad the technology, the story can still be good.

Wait, no, the opposite. Right away, the title alone, makes this seem like a dud. How generic can a title be? Generic enough to be the title of something straight to DVD, selling for $5 max in a Wal-Mart bin. Something that seems like a parody of a successful film. Although I don’t know what this title would be a parody of, except that it has “Rogue” in the title, so it might make people think of Rogue One?

Outside of the title, the movie is a total snoozefest. Remember when I said sci-fi can hit those hard themes? Well, Rogue Warrior attempts to hit some themes, but it doesn’t go about them in a great way. They lack subtlety, they don’t go hard into any details, and they are a bit inconsistent.

For example, we have PleasureBots in this movie. You know what those are. And they are robots. But apparently, they aren’t affected at all by giant EMP bombs that turn off all the robots on a planet (and you know, those same bombs don’t do anything to the interstellar travel vehicles, but whatever).

The actions scenes are lame, the acting is poor, the twists are mostly nonsense. Not only did I hear snores in my auditorium, but I myself was going in and out as I tried to watch for anything to redeem this film. And there isn’t.

There are just no redeeming qualities here, and I cannot believe that it will be shown in a few theaters at some point in June.