There is one important movie I missed in 2015, because I was tired of watching the worst of the worst. I stalled on a few films and had to watch too many 0 out of 4s in a row, so I quickly wrote my worst of the year list and moved on to bigger and better things (Oscars).

But what about Rock The Kasbah?

It opened alongside Jem and the Holograms and ended with the fifth all time worst box office opening, for films with 2,000+ theaters. Third overall live action. And the two that beat it in that category were also out this year (including Jem!). I watched Jem and We Are Your Friends, but for whatever reason avoided Rock The Kasbah.

But because I am a glutton for punishment, and a perfectionist, I had to see it and make myself feel like shit all over again. 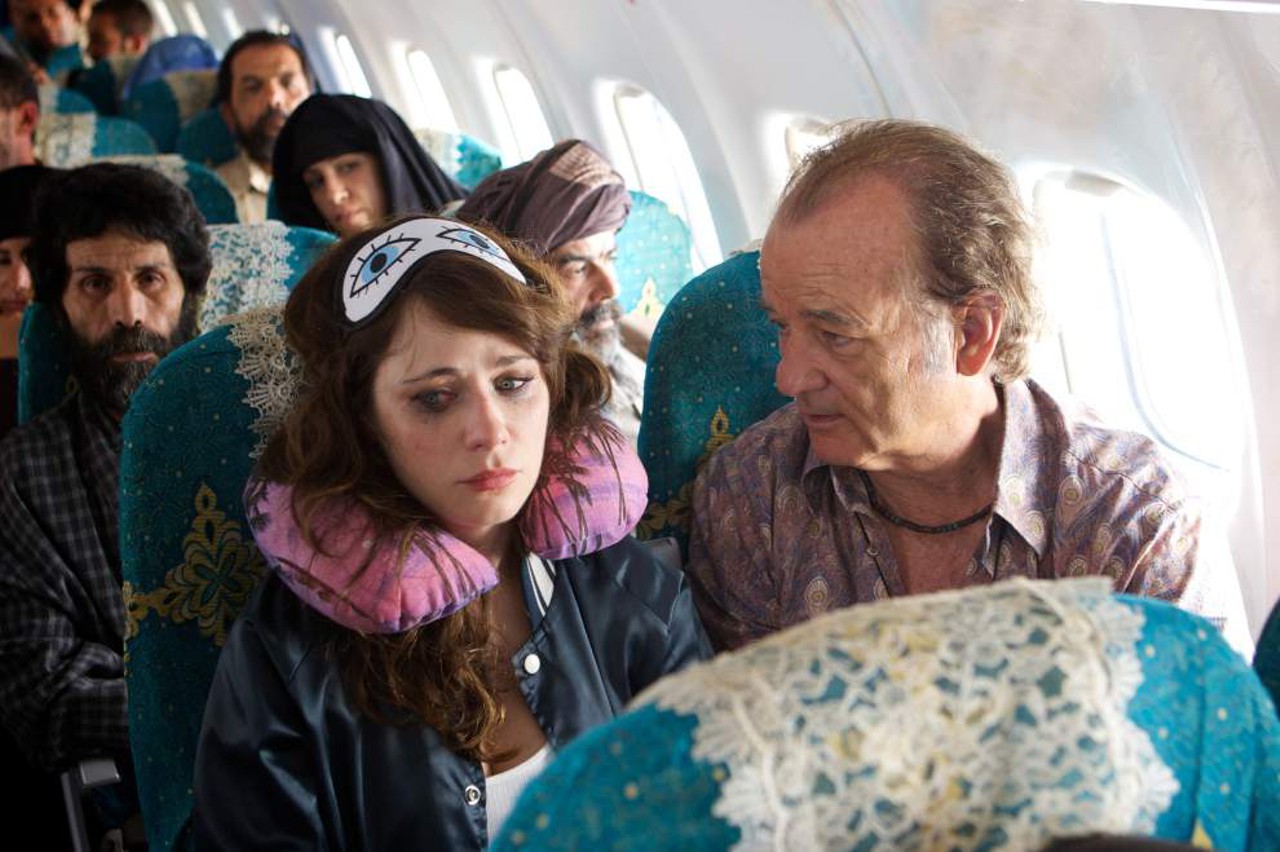 Richie Lanz (Bill Murray) is a skeezy manager of musicians. He has one real client, Ronnie (Zooey Deschanel), and he seems to scam other people into auditioning and giving him cash to make him their agent. What a swell guy. Operates out of a hotel.

Well, somehow Ronnie impresses a guy at a bar who books people for OSO shows for the troops in Afghanistan. Richie convinces Ronnie to go, because hey, a paid gig for months! He leaves his kid behind and they head off where Ronnie just hates it all. She gets sick and nervous and freaks out. So she decides to leave in the middle of the night once they get there, with all of their money and Richie’s passport.

So Richie is stuck there. But also in a military base/town. He can’t go back right away but he isn’t screwed. So he hands out, gets to know the locals, and eventually hears Salima (Leem Lubany). She is singing and her voice is marvelous.

Richie gets the idea to enter her in on the Afghanistan version of American Idol, but her burka and family may be an issue. And they are. And guns happen. Woo movie. 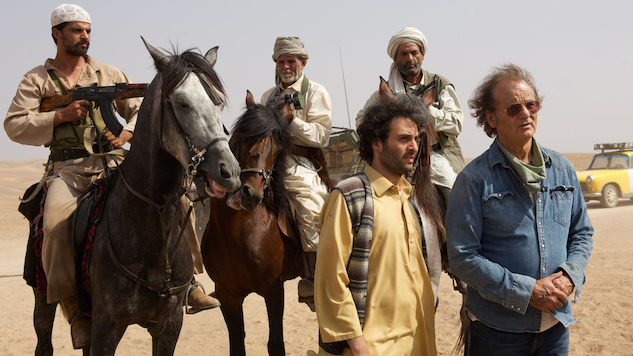 Your normal group of rag tag losers hoping to make it big.

Bill Murray. Just stop. You have given up for a long time it looks like. You probably gave up right after finishing Lost in Translation, but I am too lazy to check the list right now. Outside of some Wes Anderson brilliance, it just feels like everything is fake. Like he never cares, like he isn’t even trying to act. He is just playing an egotistical version of himself in every film.

But for whatever reason, Rock the Kasbah exists. Named after a song. If that song has any other reference, I don’t know it. It eventually turns into a singing competition plot line, but also women’s rights and religion, and just…existing in the middle east for no reason. Why do all these films that feature a singing competition end up being meh or worse? I’m looking at you, American Dreamz.

This film feels like a dream. A bad dream that keeps playing out, one boring situation into the next. The problem that Richie faced was an easily solvable one, but he was in Afghanistan for so long despite it. Seemingly just existing in he town, and then even longer once he found the girl. It made no sense for him to stay that long, especially since he has a daughter at home who didn’t even want him to leave. She wanted him to come home and survive and he seemed to say fuck that and this movie now exists.

Rock The Kasbah was a literal pain to get through. If I had seen it in theaters I would have walked out. Instead I had to pause it frequently just to do something else quickly to get my mind off of how bad the movie was. If I had seen it earlier, it would have placed high on my worst of the year list. Instead, it now just serves as a big bolded asterisk of a film.