Way back in July, I had to write a synopsis of the upcoming year of movies, from August to April. 2014 at that time barely had anything listed still, so it was mostly a crapshoot. Of the little that January had, I remember thinking that Ride Along had the most potential. Two actors who I tend to enjoy, a buddy cop (ish?) movie and it’s an action comedy. Buddy cop-ish, because only one of them is actually a cop in the film.

As January grew closer in closer, it was still one of the potential bright spots, because January itself is where they just tend to dump a lot of bad movies. So I hope Ride Along ends up being brilliant, or else I am just stuck relying on Zac Efron to save the month. 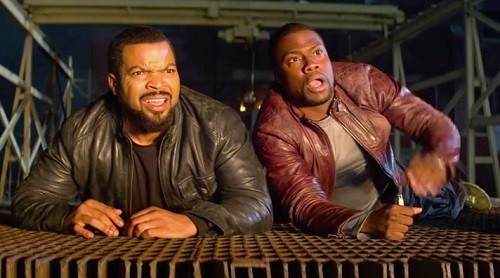 Relying on Zac Efron is a pretty common theme in my life.

In Ride Along, Ben Barber (Kevin Hart) is a short nobody. He is a security guard at a high school, but he really wants to be a cop someday and is trying really hard to get into the police academy. He thinks he needs to become a cop in order to finally marry his long term girlfriend, Angela (Tika Sumpter).

But really, all she wants is for him to stop being in a war with her brother, James (Ice Cube), who he might have accidentally set on fire. But hey, now that Ben has gotten accepted into the police academy, maybe James will like him and give him his blessing for marriage. Hah.

Turns out James still hates him, but he does agree to give Ben one day to try and change his mind. He will invite him on a ride along, see if he can make it on the streets, while making his life a living hell. 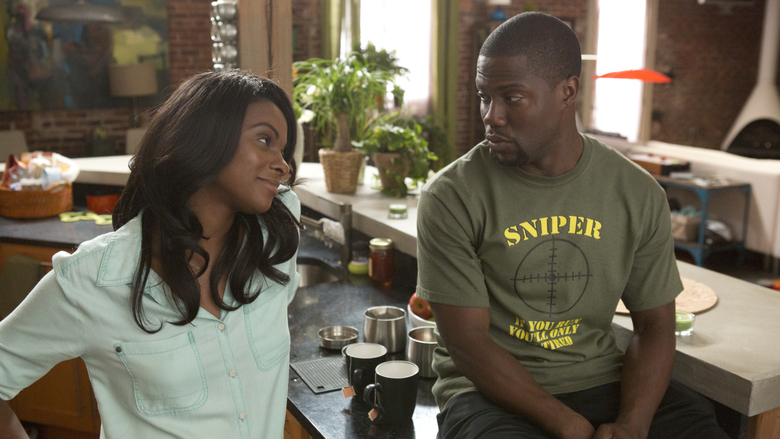 I decided to include no pictures of anyone actually riding along.

You know what I like most about this movie? Ice Cube said that today was a good day. I get that reference. Well done Ice Cube.

I also laughed a couple times at Kevin Hart. More so later on near the end of the movie.

But not a lot, unfortunately.

For an Action/Comedy, the action was sub par, and the comedy felt extremely sparse. It is a huge shame that I found this movie so disappointing because I really tend to at least find their work enjoyable. Maybe Ice Cube was just too much of a hard ass, trying to pretend he was a BAMF, but really being a bit meh.

The acting wasn’t too great, and unfortunately all of the twists and turns you could see coming a mile away.

If About Last Night in February doesn’t end up being impressive for Kevin Hart, I might have to rethink actually liking him. Good at stand up, bad at movies.