Nothing I love more than patriotism, except maybe blind patriotism. So give me a war movie involving America, and I will probably love it. Red Dawn is of course a remake of the 1980s movie of the same name. The original film was not really a work that most people would describe as great, but maybe entertaining. In that film it was the end of the Cold War, and the USSR along with Cuba invaded the US. Clearly, the enemy has to be updated as well. 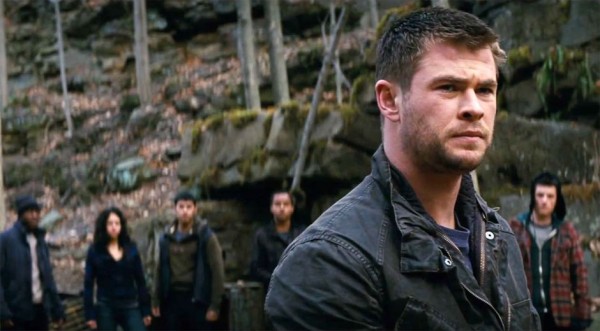 Let’s face it, the invading country is fucked when Thor is on our side.

In this distant future, the USA has become involved with more conflicts than they can handle. They have troops all over the world, and some would say that leaves their coast lines defenseless. But who would attack the US? Well, apparently North Korea would! That will teach us to over extend ourselves. Set in Spokane, Washington, Jed Eckert (Chris Hemsworth) has returned home for a visit while being an active duty marine. Jed left home after their mother died six years ago and hasn’t kept in touch. His father (Brett Cullen), a police chief, and brother Matt (Josh Peck), a high school quarterback are reluctant to have him back without a warning.

Then, you know, North Koreans start falling out of the sky in parachutes, and corralling up people in the streets! Hell no. Jed and his brother run away to their father’s cabin, picking up some other high school friends along the way (nerds, played by Josh Hutchenson and Connor Cruise, the latter being the mayor’s son!). Toni (Adrianne Palicki), a female friend is able to find them, but not Erica (Isabel Lucas), Matt’s girlfriend! She is captured! Oh no!

You know the rest of the story, the band of misfits begin to train in the woods and try to slowly take back their town. The Wolverines gain more recruits, more guns, and are quickly able to put a dent in their takeovers side, Captain Cho (Will Yun Lee) doesn’t like being messed with and is determined to fight back. They also find themselves joined by three marines (Jeffrey Dean Morgan, Kenneth Choi, Matt Gerard), looking to join up with the local guerrilla force to acquire the communication device of the enemy. That way, they can hear their transmissions and hopefully start taking out larger groups around the country.

You know. Or die trying. 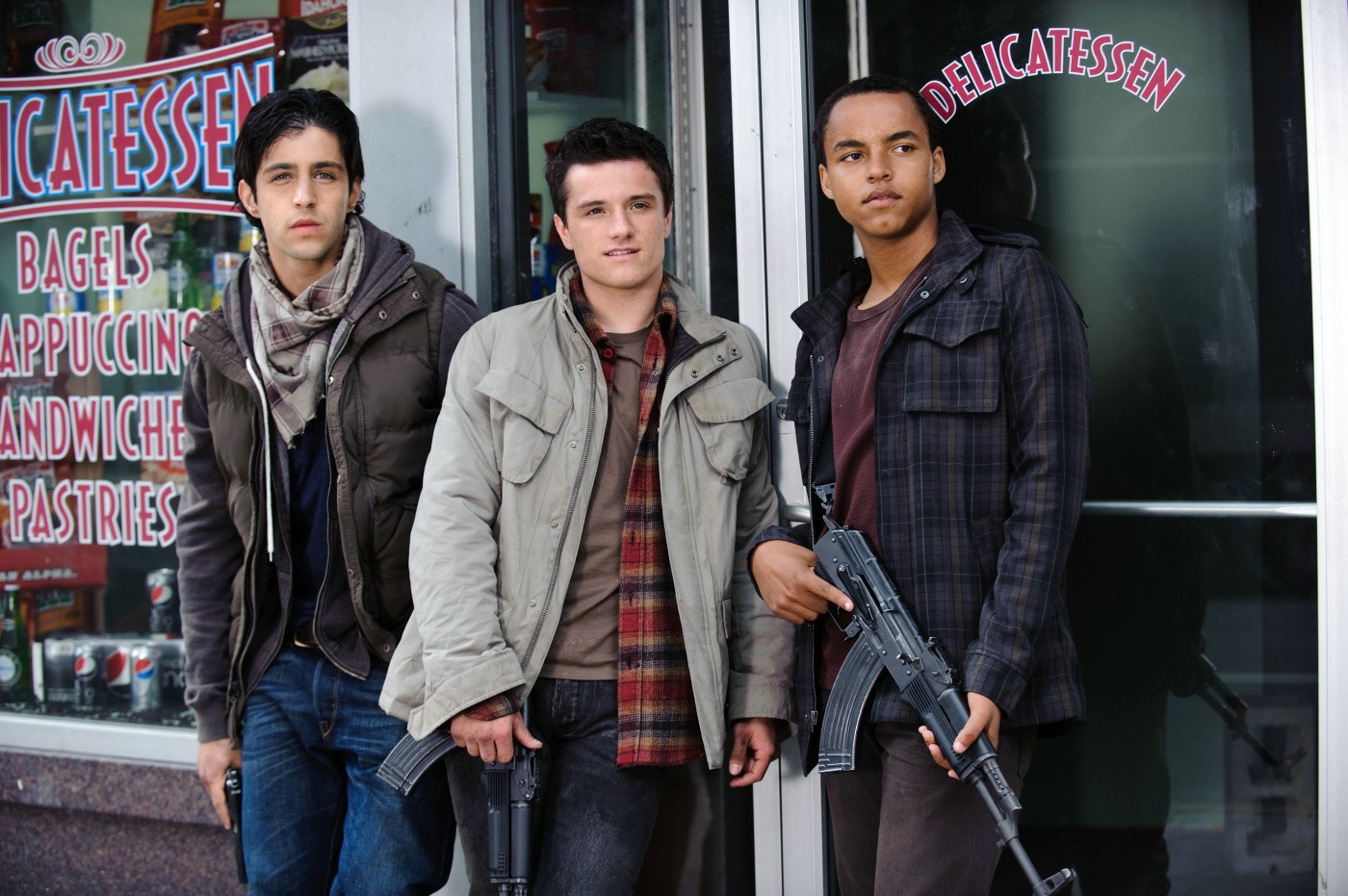 The fate of the future of America may be in these men’s hands.

In the original Red Dawn, the threat of invasion probably felt a bit more real than it does today. However, I also felt that the previous movie was a bit campy in its actions, kind of making it a action/comedy by today’s standards. Just watch this famous scene again, and try not to laugh.

The remake does a much better job of creating a more serious film, even going so far as to kill off a lot of the characters you might expect to make it to the end. After all, it is a mini war and people die in wars. The audience has come to expect it now.

I think it is interesting how they ended it, leaving it open for potential sequels, and reminding us that there would be no easy fix to having another army invade our borders. But I can also see how it would piss people off. I think they did the right thing, giving us their training in a speech montage, instead of wasting more time before their counter attacks. I actually liked most of the action sequences too, which in turn made me feel pretty patriotic.

This film could have focused more on a lot of the pressing issues of our time, how different citizens react, and how one man can make all the difference, but really they instead went more for the fun action flick. Which is fine, I don’t mind action if its entertaining. Just remember the film seems to be focused more on entertainment, instead of a film focused on changing our attitudes towards war and society.