You could say that the Russians are kind of good at hockey.

Not Canada good, but really high up there. In fact, during the Cold War, their national hockey team was the pride of their country. It helped that they had a literal national school to foster players into the team, to practice all the time and become the very best. Like no one ever was. And to beat them in 1980 was our greatest test. Freedom was our cause.

Either way, they were a dominant team and often seen as a villain of the hockey world, mostly due to the fact that we leave in America and they were communists and communists were/are bad.

But what history fails to teach over and over again is that on the other side, there are also people. People who are playing for their country, for their families, for the joy of the game. And in the Red Army documentary, we get to hear from those players their stories and how everything went down. 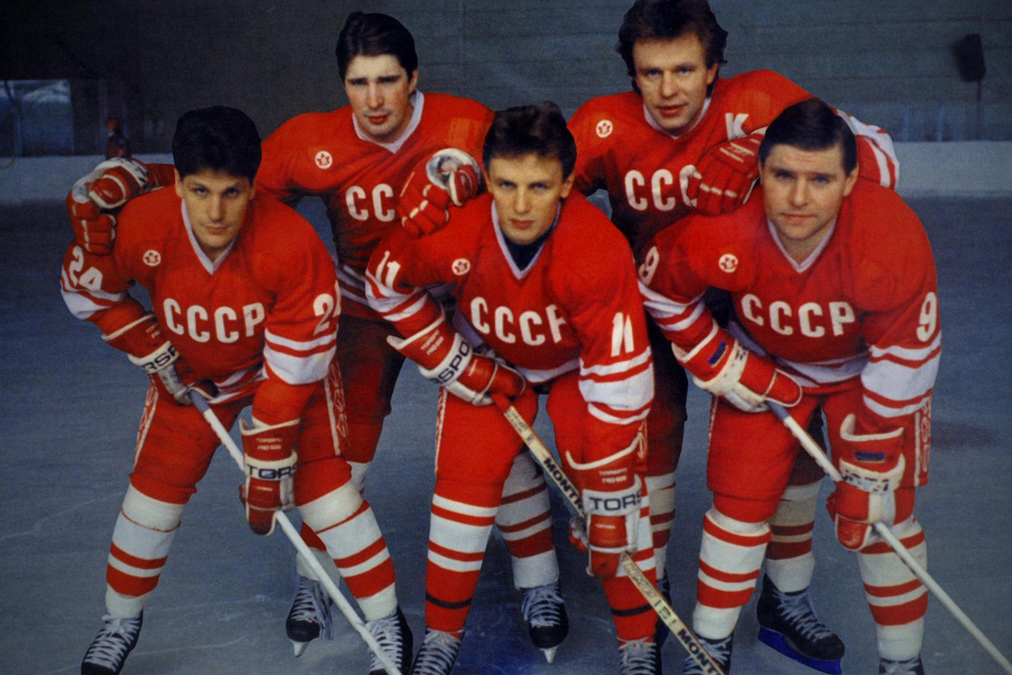 Here are the original Russian Five and boy, are they FABULOUUUUUS!

For the most part, the stories told are told by Slava Fetisov, famed young defensemen for the Red Army, who later became the captain of the National team, outscoring most of the forwards and leading them to a couple of gold cup medals. He has also had a bit of a tragic life trying to get OUT of the Soviet Union, where coaches and government officials promised he could go to the NHL and you know, changing their minds.

The plight of their hockey players mirrors the plight of a lot of their citizens in the last 10-20 years of the Cold War before Russia became Russia again.

And it felt kind of awesome hearing their side of the story. The other half of the coin is usually fascinating, and frankly one sided history is boring.

I was a bit confused at first that they had multiple different interviews with Fetisov, so he was wearing different outfits and not having glasses, made me think it was a different player a few times.

But more importantly, the film also touched on the Russian Five 2.0, which played for the Red Wings, the best organization in all of professional sports. It got me pumped about the team despite their playoff loss, and also didn’t get me all sad about the car crash following the cup victory. They didn’t mention it at all!

Go hockey, hockey, the greatest game in the land.