I have decided to have a theme week. Are you ready? Apocalypse Week. End of the world shit. You know. It seemed appropriate with the new movies coming out this week. In case you are curious in the future which movies are part of the week, I have tagged them all as Apocalypse Week as well as their normal tags.

This mostly came about because I finally had access to Rapture-Palooza and watched it a few days after seeing This Is The End. Similar theme? Heck yeah. It was pretty easy to find a few more to shoe-in too. 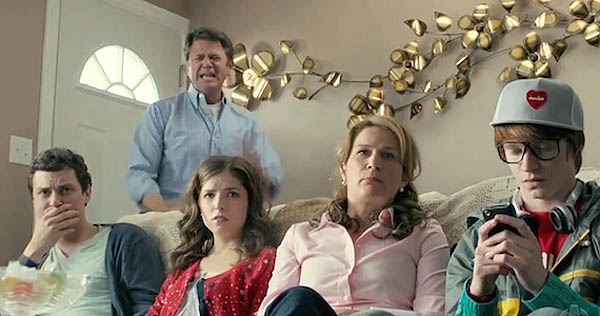 I’d like to get my shoe into Anna. Or something perverted/sexy. I am bad at this.

As already stated, this movie begins with the apocalypse! Yay! Lindsey (Anna Kendrick) and her boyfriend Ben (John Francis Daley, who you may remember from Freaks and Geeks) didn’t believe in any god figure, so they were left behind, along with most of their family. Well, their moms were set. Kind of. But that is it. So now they have to try to live life as if there was no fire and brimstone, because what else are they going to do?

Anyways, life is very different. We have wraiths running around to cause trouble, their neighbor (Thomas Lennon) came back as a zombie, but for whatever reason just wants to mow his line. There are meteors that fall from the sky, usually to ruin their day.

Hell, Ben’s dad (Rob Corddry) sold his soul to the devil. Satan, or as he likes to call himself The Beast (Craig Robinson) has taken up residence in Seattle, and is out to party. Rapture is basically over, hell on Earth has happened, and people are just trying to get by.

But then he spies poor little old Lindsey, and he wants her. He wants her hard. Not just because she is a virgin either. So he asks her out, knowing that if she says no, he will kill everyone she has ever loved. Well damn. Guess she has to go out with him. Not without working on a plan to kill/trap him for a thousand years first though!

Rob Heubel plays a security guard, and Ken Jeong plays…eh. I don’t want to tell you. 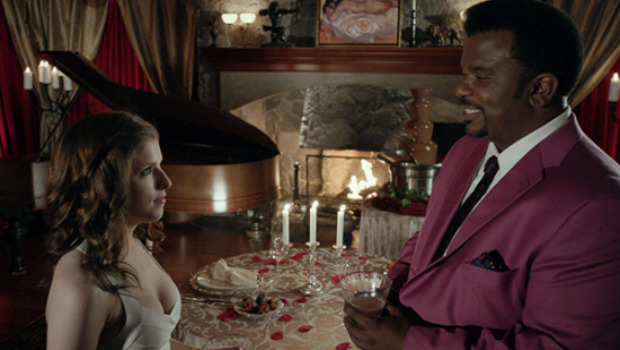 Basically every time they are together, you can hear Craig Robinson say graphic things to Anna Kendrick. Worth the admission price? Probably.

Craig Robinson may have saved this movie from being a total dud. Yes, it felt like he was just playing a very arrogant and cocky version of himself, but he really bombarded Anna Kendrick with some vile stuff, and she took it all like a champ.

Anna also served as our narrator and I found her voice and attitude great for the role, giving zero fucks about the world falling apart around her. I also enjoyed a few of the gags, including pot head Wraiths, and the part near the end with Ken Jeong…even if it made very little sense.

However, it wasn’t an amazing movie on its own. It is okay, decent, not horrible, just not amazing. I understand why it never hit theaters, it is just plain weird. Yes, I do like weird, but this is a different type of weird I’d say. Quirky maybe. It could have been a lot better, and shit, might have worked best as a TV show. I could see the whole movie being an entire season, not like 22 episodes, but a solid 10-12. Introducing new problems, and just kind of nonchalantly dealing with them and giving not a fuck in the world.