Well, Dexter had its series finale a week ago today and it was pretty much shit. Seriously. One of the worst series finales ever.

In honor of that, I decided to watch Quarantine for the day!

What…? Well, look at the main star, that is why. Quarantine itself is a remake of [REC], a Spanish horror movie, that has made at least four films on its own. Quarantine was only given a sequel, and that one has nothing to do with the rest of the [REC] films. So it must be lamer.

Quarantine is also famous for being a horror film that decided to spoil the ending in basically every format possible. The trailer, the tv spots, the poster, the dvd film cover. Every single way. Later The Apparition decided to try this method too, but no one watched The Apparition. 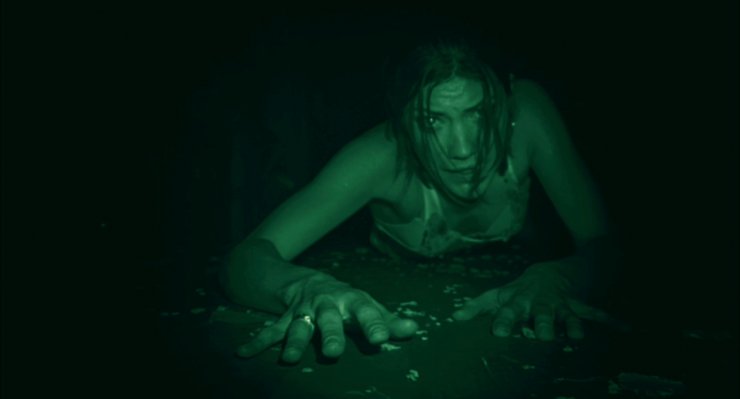 Oh, and I have decided to spoil that ending here as well. Because fuck it.

Angela Vidal (Jennifer Carpenter) is a news reporter, trying to make it big in the world, but stuck so far with side stories. Lame. Like tonight, she is doing a piece on firefighters. I guess it is a fluff piece, because she is just sent to interview the workers, and hopefully follow them on a fire or two, that would be awesome footage. Along with her cameraman (Steve Harris), they eventually get a call out to an apartment complex where there were reports from the manager that a woman has barricaded herself in her room, and she was making a lot of noise. Alright, boring issue, but sure, let’s film it.

OH SHIT WOMAN HAS GONE CRAZY AND BIT ONE OF THE COPS. Bitch has foam in her mouth! They race downstairs, the two fire fighters (Jay Hernandez, Johnathon Schaech), and the other cops to rush him to a hospital, but the apartment complex is boarded up. The fuck? They can’t get out. That doesn’t make any sense.

Apparently the apartment complex is under quarantine now, and they have no idea why. No worries, they will be out shortly, just one crazy man. A local vet who lives in the hospital, (Greg Germann), does his best to stop the bleeding.

This is still all sorts of fucked. Especially when the lady is still going crazy enough that they have to put her down. Apparently, according to the vet, her symptoms appear to be rabies which have no cure once they take over. But the affects of rabies normally take months to occur, this must me some sort of super rabies. Well shit, how did they know to quarantine off the building so quick? Who the fuck started it? How unlucky is it to be Angela? 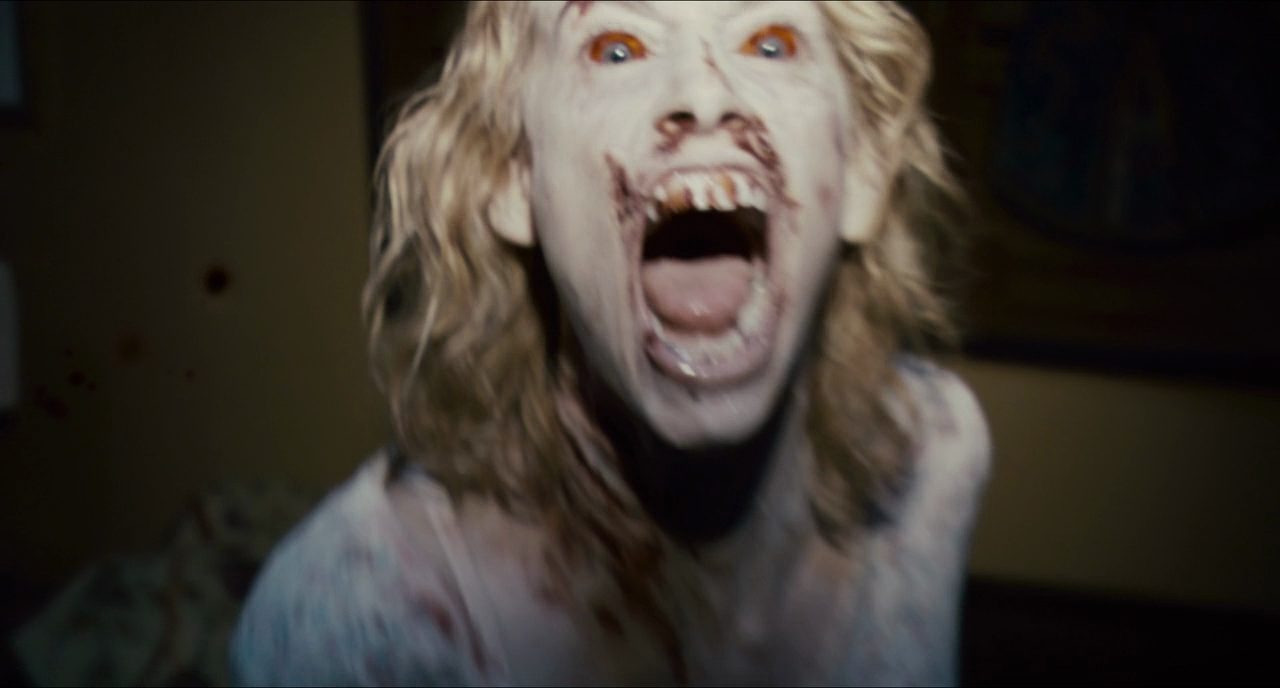 Oh no, a shaky came found footage movie! The end of the world! People tend to ask during these types of movies: Why the fuck are you still recording? Well, there are a few reasons here. 1) Journalistic integrity. This shit is the scoop of a lifetime. 2)That camera has night vision on it, could be helpful. 3)That camera is also the only light source once they knock out the power. So, shit is important.

So how did it do outside of ruining the ending? Well, eh, it was okay. Dramatically different ending from the [Rec] version, I have been told. That one involves religion. This one involves cults and super viruses. I guess religion trumps, since that series has more movies. Oh well, its in Spanish, don’t care.

It was kind of neat watching all the characters at the beginning of the film start out as alive, and then you know, become dead later, so you get to see tore up versions of people who we already met. In a zombie movie, most of the zombies you don’t know. In this film, each person “dies” to the virus, and then has to be killed again with the rabies. I think that made it feel a bit better.

Near the end it got pretty confusing, but I will say I was impressed with Jennifer’s scared shitless acting. Her character did feel different from Deb, and she didn’t just bust out swears every sixth word. It is an okay thriller. Things jumping out of the dark, basically every time you’d expect it. Hooray zombie rabies!