Really rolls off the tongue there, doesn’t it? It implies a lack of sanity, and a man who enjoyes producing gore. That is certainly not a good combination. And it is sometimes advertised as PG: Psycho Goreman. For most people, PG means parental guidance, and it is what most kid friendly movies are. There are G level, but those are super basic. I have to feel the branding and the acronym are intentional to combine these two thoughts together. They aren’t doing it to “trick” parents into taking their kids to see a violent R rated film, but given that this film plays with the tropes of “alien crashes to earth and is found by kids”, it just continues to play up that ridiculousness.

I mean, what if the alien was actually not a nice and docile creature? And what if humanity is worse?

In this picture: A sociopathic evil mastermind, a little boy, and a deadly alien

Mimi (Nita-Josee Hanna) and Luke (Owen Myre) are two siblings who often play their new came Crazy Ball with each other, but Mimi is much better at the sport than her brother. She is also meaner, like on a sociopath level. So because she won, she makes her brother dig a big hole in the background and eventually they find some glowing light alien stuff. They don’t do anything with it, go to sleep, and then the Arch-Duke of Nightmares (Matthew Ninaber, Steven Vlahos) is awoken and escapes his prison.

A ruthless killer alien, who has been trying to destroy the galaxy, has now been unleashed on the world and is ready to kill with blades, magic, and more. Fuck life, says this incarnation of evil. But Mimi ends up getting a hold of his special orb, which means he has to do what she says and cannot try to actively harm her. Ain’t nothing wrong with being in control of a villainous killer assassin. Also she renames him Psycho Goreman, because its better, PG for short.

Also there is an alliance of aliens who imprisoned him who now have to head to Earth to try and stop him from like, destroying everything too. Yep, that is a thing. 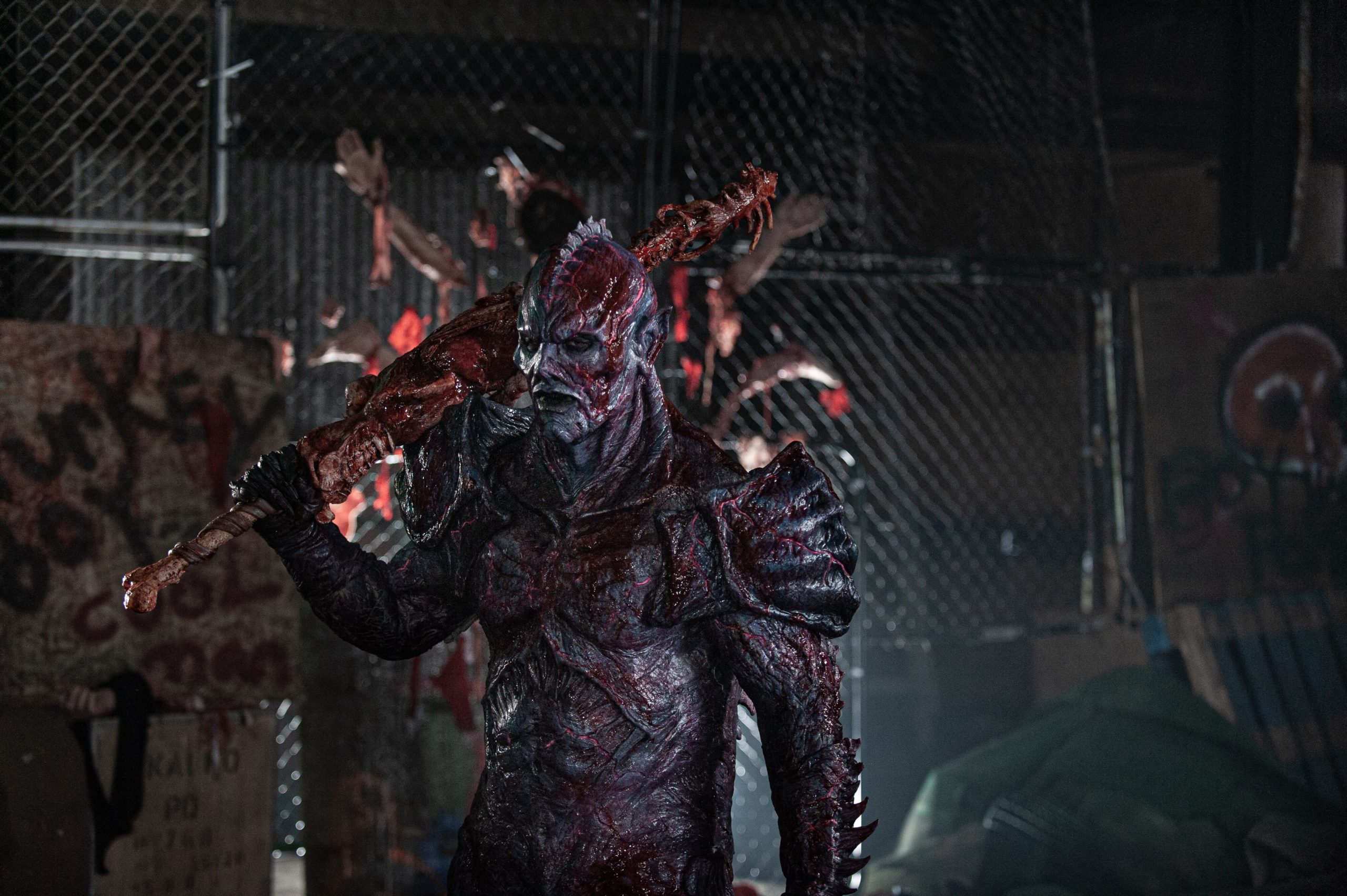 Speak softly and carry on you the blood of your conquered foes.

Psycho Goreman is surprising, while at the same time not.

It hits a lot of the expected beats you would expect to see of “Alien comes to Earth, kids find him, but he is super evil.” Some of the chaos he does is pretty gorey, but wit the low budget they are still limited there. And honestly, the plot line of the Templar aliens rushing to stop him costume wise feels a lot like the enemies in power rangers. It could be intentional, but it still lowers the overall quality.

The surprising aspect comes from one of our leads, Mimi, as they did another reverse trope by making the strong determined sibling to be the girl, with the passive one being the boy. It was a great reversal. And I am shocked at hour menacing they made that girl. Absolutely one of the scariest anti-heroes of the year already, and someone I would not want to cross paths with ever in my own life. She did amazing and deserves praise there.

Overall the story is a bit amusing, but is dragged down sometimes from the lower budget and ways they had to work around it for the film. It didn’t shock me too much given the point of the plot, and most of the shock value came from unexpected stars.