Prince Avalanche has the distinction of being the only indie movie this week to come out and actually catch my interest. That interest is easily described coming from two factors.

One – It has a name of Prince Avalanche. What is going on there? I want to be a royal disaster, too!

Two – It has Paul Rudd in it. This might have helped my decision even more than note one. 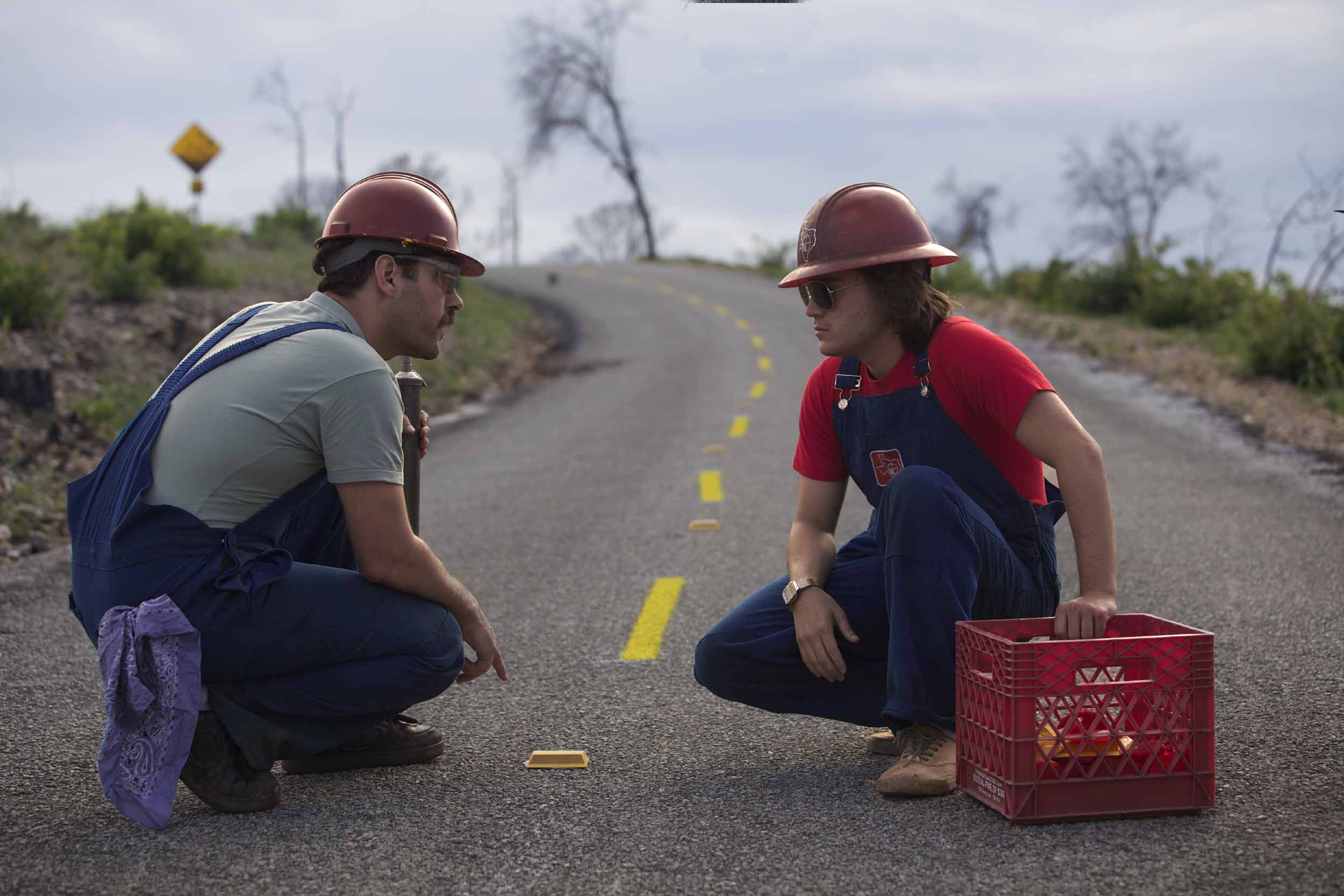 Well, it is good that the people in this movie work hard.

Alvin (Rudd) and Lance (Emile Hirsch) are construction workers, more or less, working in a remote area. Super remote. Like, only tagging three actors overall remote. It is also set in the 1980s, so a lot of technological luxuries are not present. Just two guys and a truck. Monday through Friday, they work and camp out in the area, drawing lines on the high way, random other bullshit work, who really knows. But on the weekend they can continue with their social lives and interact with their loved ones.

Alvin has a girlfriend, and that girlfriend’s brother happens to be Lance. Aw. It is like they decided together to work this summer because they already knew each other kind of.

They are pretty different, Alvin is a lot more calm and stern, while Lance isn’t an exceptionally hard worker and not really self confident. So he is learning a lot from Alvin.

But things happen in their social lives, those things bringing back both positive and negative energy back to their work environment, making it potentially very difficult.

Also, there is a truck driver (Lance LeGault) who has some speaking lines more than once in this film. Hello truck driver man! 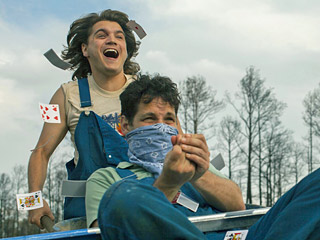 Oooh, they play hard as well!

I really do hate writing reviews out of movies that I get practically nothing out of.

Prince Avalanche is an indie comedy/drama, a pretty standard one at that. What do I mean? I mean not a lot happens in this movie, despite being the length of a normal movie. Realism is taken to the extreme, and we have two guys who work, play, and talk with each other, sometimes yell, and that is about it. Writing that plot description pained me because I really didn’t imagine writing more than two sentences. So if it sounded like stalling, yeah, it basically was.

Not a lot from this story grasped my interest in any way, so it really felt like a battle to get through. The acting? Sure, its okay. Pretty “regular” if anything.

I’d say avoid. It isn’t a complete piece of shit, just felt like a complete waste of time.