When the first poster was released for Popstar: Never Stop Never Stopping, I felt like my life had changed.

It looked amazing. I wanted to see the film right then and there. The tagline was just four words and felt like the most brilliant thing ever.

But the poster came out in February with the movie not coming out until early June! What a torturous few months it has been. I’ve had to watch three superhero films before I could see a potentially life changing film. But I guess that the date ended up being a good one. It is the real start of the Summer films (because counting May is stupid), and hopefully the film would have enough party in it to last me through the months of excessive blockbusters and explosion heavy films.

This doesn’t mean that I will go in praising it no matter what of course. Just look at X-Men: Apocalypse, my most anticipated comic film of the year, and it left a disappointing taste in my mouth. Going in excited means it is very easy for it to crash, that is all I am saying. 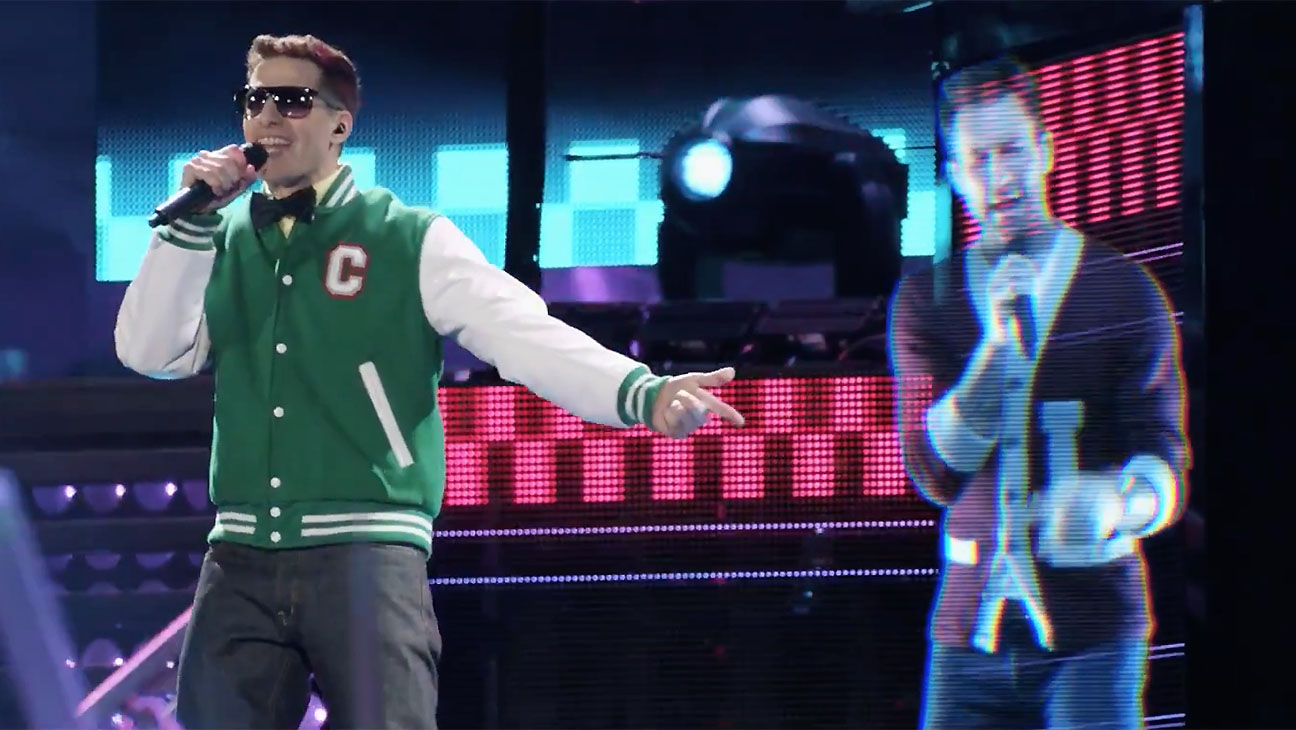 How they were able to get an Adam Levine hologram for this movie I will never know.

Ever since Conner4Real (Andy Samberg) was born, he was dope. He could play the drums at 1, he could make the mad rhymes, and he had the best two friends ever: Lawrence (Akiva Schaffer) and Owen (Jorma Taccone).

They made the group The Style Boyz and their hip hop music was everywhere. It inspired tons of modern groups. Lawrence made the lyrics, Conner was the front man, and Owen made the fat beats. Then Conner gets to real, too big, gets his own verse on a song with another artist and does his own solo album that sells a shit ton. And this documentary is about the release of his second album, his world wide tour, and his relationship with his girlfriend, Ashley Wednesday (Imogen Poots).

It is also about the rise and fall of being a popstar and how it can be hard to fall when you were up so damn high.

I hope my future groupies will make sure I never leave the house looking like that.

Going into Popstar, I actually didn’t even know it was going to be a Mockumentary. And I love Mockumentaries, one of the rarest genres out there, so it was definitely a nice surprise. And since I have gone out of my way to watch quite a few recent pop tour documentary films (Justin Bieber, Katy Perry, Justin Bieber 2, One Direction, Justin Bieber 3) I was very familiar with the current summer concert line up types of film. Early on in the film, it is was quite clear they were sort of parodying Justine Bieber: Never Say Never film (and the title is similar too, obviously), going to extremes with his backstory and even including Usher!

Add in the fact that we got original The Lonely Island music, with a shit ton of cameos and outrageous humor, you are left with a pretty dang funny feature film. So many quotable lines, plenty of vulgar language and we get an actual human penis in this film. Not a prosthetic dick and not even for a quick flash. They earned their graphic nudity rating.

My favorite scenes actually are where they parody that strange TMZ show where they just badly gossip in their office. They parody it only a few times, but man, I practically laughed nonstop.

If I had complaints, I would say it started to drag a bit near the end. That is kind of disappointing, given the film is under 90 minutes, The film isn’t surprising with the direction it takes, we practically know how it will end, so getting to that point just takes its time.

Popstar: Never Stop Never Stopping is start to finish over the top comedy and a great release in this season of blockbusters, sequels, and cinematic universes.