But in some people’s homes, they use the internet to make the internet bigger. Big internet users make money by putting themselves inside the internet. Personally, I put some stuff on the internet, like these websites, but not a video of me moving and talking. That is too intense. I want to just keep making my like, $30 a year on this website. That is my level of commitment.

For some of these people, they pull in six figures a year, but also work every day to do it. Inspiring actors, comedians, and even chefs, have taken to making their own web TV shows and mac software to entertain literally dozens upon dozens of individuals every day.

And this documentary, Please Subscribe: A Documentary About YouTubers talks to a lot of them, including these shows people: My Drunk Kitchen, Livelavalive, Seannaners, Wheezy Waiter, Daily Grace, Mystery Guitarman, Will to DC and Dan Brown.

Basically I have heard of one of these things/people ahead of time (My Drunk Kitchen), maybe two (Mystery Guitarman). None of these other people, so I guess I learned a lot? 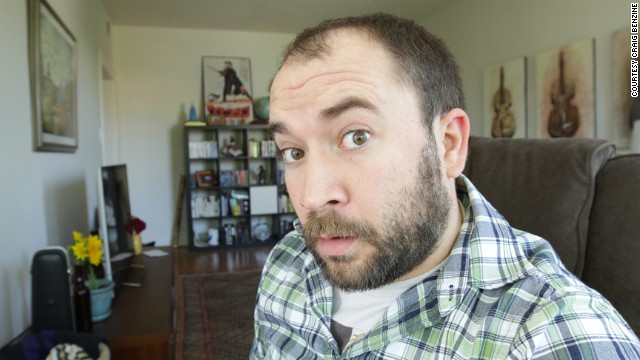 Like Chicago is a scary place to go to find actors.

A few of these people got more spotlight than others. Like this Livelavalive fellow, who apparently used his YouTube show to help break free from his extreme OCD shut in self. Some of these individuals do weekly shows, some 7 days a week. Most of them edit their own videos, do all of their own production and are a complete one person show. Not all of them, but whatever.

I found Dan Brown to be the most interesting story. He was an early YouTube success, but he kept trying new things and apparently he pissed people off by under performing, and then people didn’t give a shit anymore. YouTube is fickle, so it requires a lot of work.

A lot of these people were pretty similar though and I was kind of disappointed by how many of them were just weird daily talk about their lives people. I want people who do cool things. Where the fuck is my Epic Meal Time?

I didn’t even feel like linking to their pages. If you want to find out about them, go crazy. This is just an okay documentary about random people on YouTube. I wanted to see actual dollar amounts as to what they made, so we can see if their effort is actually worth it. A nice cute story, but an indifferent one at the end of the day.

2 out of 4.
Tags:2 out of 4, A Documentary About YouTubers, Documentary, Please Subscribe