Do not go see the movie Planes.

This won’t be a typical movie review, thus the use of quotation marks in the title. Normally I do a little bit of research about a film before I watch it, just so I can lay down some fun facts in these reviews. But what I discovered about Planes I found to be so unacceptable, I didn’t feel right telling everyone about it. But first, a little bit of back story.

For the main poster and Trailer for Planes, we see that it takes place “From Above the World of Cars.” Remember Cars?

Cars came out originally in 2006 as a Pixar movie. I linked to my original review of it, but if you are lazy, basically I describe how the movie is bad morally for children. In Cars, your job in life is based solely on what car type you are. The only exception is if you want to live below your means.

Cars 2 came out five years after that, also made by Pixar. This time they changed the main character and turned it into a strange Bond parody. More importantly, we should look at the villains. The main villains for Cars 2 are lemons, aka cars that were built badly and break down all the time. These cars only wanted more equality, but instead they are the butt of everyone’s joke.

This is all even more twisted when you realize that these cars were all created somehow. These cars age and live a life, so presumably more and more cars are created every day. These lemon cars in particular were created with the sole purpose of being lesser quality than their peers. Yeah, I’d be pissed off too.

No matter how you look at it, Cars 2 was a cash grab movie, made almost solely to sell merchandise.

So now, only two years after Cars 2, we are given Planes. One notable difference (that few people realize) is that this movie is no longer done by Pixar, but instead just Disney. You might be thinking, “Hey! Disney CGI isn’t that bad, they just did Wreck-It Ralph! This one might be awesome too!” 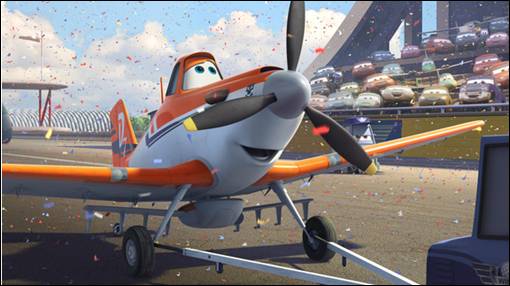 Well, Wreck-It Ralph was done by Walt Disney Animation Studios, their normal big movie company. Planes was done by DisneyToon Studios, who are most known for making the lame sequels to popular Disney movies. You know, Cinderella II: Dreams May Come, Cinderella III: A Twist In Time, Pocahontas II: Journey To A New World, and more. The last time they had a theatrical release was in 2006, with Bambi II, and that was only in theaters in Europe. Their last five movies that went direct to video were all based around Tinkerbell.

The budget for Planes was only $20 Million. To put that into perspective, Cars had a budget around $120 Million, and Cars 2 around $200 million. Turbo ended up at $135 million, and Wreck-It Ralph was at $165 million. CGI animated films are very expensive to make because the technology is expensive and they take years to produce. With a budget that low, either the film was rushed, or the CGI quality is low.I believe the evidence point towards both of these facts being true, since production of Planes didn’t begin until a few months after Cars 2 came out and was originally coming out Spring 2013.

If you want more evidence, they have already announced that Planes will be a trilogy. The first sequel has already been named, Planes: Fire & Rescue. The sequel also already has a release date set for July 18, 2014. Next summer! Less than a year after the first film, I can only assume that it is being rushed out.

To recap, in great detail I have explained why the Planes movie is just a huge cash grab. It has a low budget indicating lesser quality animation and less time spent for polishing/developing. It happens to be a spin-off of another cash grab movie. It is made by a studio who is only known for their low quality sequels to all of our favorite Disney movies. It is also banking on the fact that most people who see it will assume Pixar made the movie.

Unfortunately, by now, Disney has already profited on this film. Why? The same reason Cars 2 has made so much money. Merchandising. With a budget that low, they don’t have to care about quality when the merchandising alone is just pure profit.

So I plead with you, do the right thing, and do not go see this movie in theaters. Do not buy it on DVD or Blu-Ray. Don’t buy any of its toys for your families or friends. Disney should be punished for trying to pull this type of crap on us, making almost a mockery of the entire idea of movies as an art form. 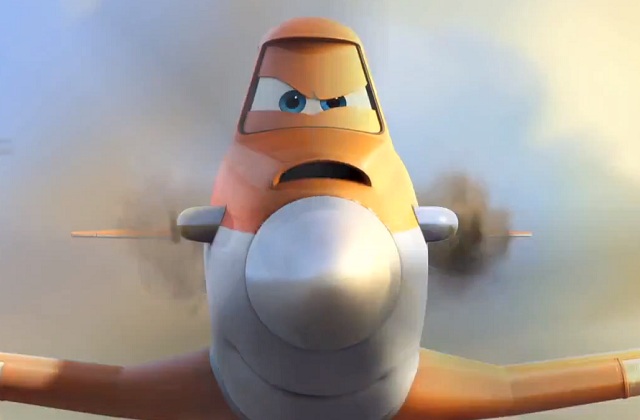 Just to keep this legitimate, here is a quick synopsis and review.

Dusty (Dane Cook) is a crop duster from the midwest, who dreams of being a great racer, and joining the race around the world. Unfortunately, he is afraid of heights, which totally makes sense. Well, he qualifies barely and makes it to the race around the world! But certain other planes don’t like him, because he isn’t a racing plane. So with a little bit of can do spirit, he hopes to prove everyone wrong, and he can succeed despite being created for one purpose!

I’d say that this movie did a good job of breaking the morals given to us by the Car movies. After all, it is a plane doing something beyond its design and achieving greatness. But in the film, in order for him to achieve his dream, he literally has to change everything about himself first. It really brings up the philosophy question dealing with the Ship of Theseus. Can we really say a crop duster has won a race, if he removed his crop dusting ability and replaced all of his parts?

The movie itself offers nothing new. It is incredibly inaccurate in terms of geography, despite making it clear that it takes place on some strange human-less earth. There are plot holes that a jet could fit through. They even showed scenes of planes during World War II, which accidentally makes this film incredibly dark. Is this really a world where planes go to war with other planes, and hundreds of machines die? Well, I guess it makes it more human-like in that regard.

Now remember, please do not support this movie.