Skip to content
HomeUncategorizedPerfect Bid: The Contestant Who Knew Too Much

I love me some game shows. LOVE. When I had game show network, I would always make that my channel of choice while I worked around the house, or played video games, or tried to sleep. A good show to help stimulate my mind, fill me with useless trivia, whatever. I stopped caring about GSN of course when it just turned into the Steve Harvey Family Feud channel, instead of…well, anything else.

Game Shows have various levels of entertainment for me. The ones that involve being smarter, or clever, they are great. The ones with more blind luck can just go to hell. I never want to see Deal or No Deal. A show like that has no value added to the watcher, who just…watches. Nothing to answer, nothing to do.

So The Price is Right is an okay show to watch. It is very straight forward, the watcher can make their own guesses of course, feel accomplished every once in awhile and go about their day. It is also full of flashy lights and happy people so it is nice. Some people take game shows to an extreme. They find one, they watch it, become experts. And you can do that with something like The Price is Right! They reuse items all the time for their showcase.

And one time, the unthinkable happened. A contestant, in the final showcase, guessed the exact price of their showcase. It is so large and unexpected, but they knew if it happened, that the contestant would win both prizes. It had never been done in decades, and it did within the last decade finally. Was this guy an expert? A lucky old man? Did he cheat? Or did he have a secret weapon he didn’t know he had? This is the story that Perfect Bid: The Contestant Who Knew Too Much wanted to answer. 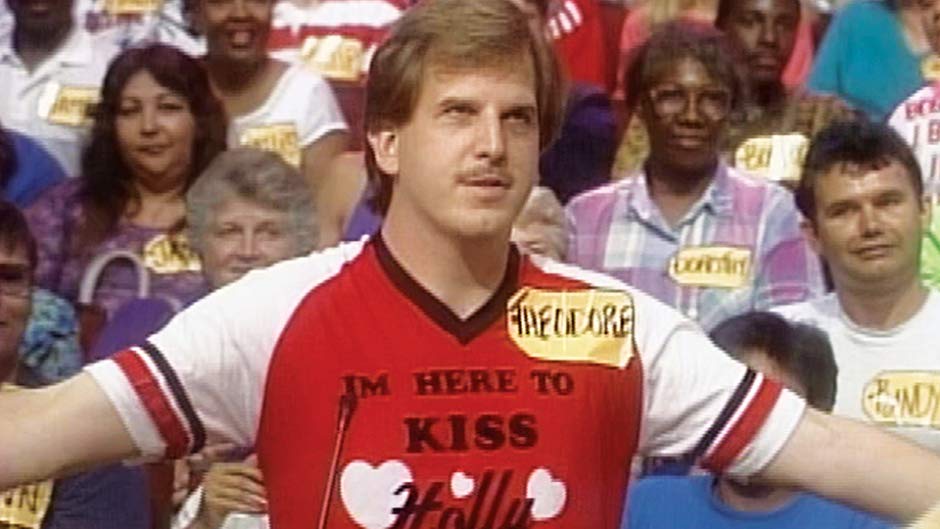 Seems like a good secret weapon should be hairier.

Meet Theodore Slauson. He did not get the perfect bid on the showcase. The picture of him on the show was forever ago. But he was known for watching it a lot, studying the prices, and being an amazing audience member. It took him over ten times of visiting the show before finally being picked, and it was like a dream come true. His downfall was that dreaded wheel, which is hard to smart your way through. He was getting well known for knowing the exact prices of things and yelling them out consistently in the audience. And he helped plenty of people he just met win the show.

It is a fun story for him, and how he eventually got someone to win two showcases. Now the man who won those showcases didn’t acknowledge Theodore. He gave his own bullshit responses in interviews, but the footage is clear that Theodore yelled it out and they have tracked his career enough to know it was definitely the voice the man heard before giving his answer.

And you know what? This is a neat story with a lot of history behind it. But as even a game show enthusiest, I was left a bit bored. It didn’t have the same thrill that Big Bucks: The Press Your Luck Scandal had going for it. This felt good, wholesome, and completely average. A story that could have probably been told in a half hour special with the same amount of fan fare. Easily forgettable and a bit neat.