Not growing up in the 1980’s, I didn’t have a lot of exposure to the Pee-Wee Herman character.

Heck, all I knew about him was the 1985 movie Pee-wee’s Big Adventure, which I had seen once, and Pee-wee’s Playhouse, a kid show I never saw. I just now learned the character had been in a Cheech and Chong film and used to be a stage act that was very adult oriented. He was toned down a bit for the movie and especially the kids show.

So I was pretty indifferent going into Pee-wee’s Big Holiday, a made for Netflix follow up almost twenty years later. And since it was rated PG, I let the kids watch it with me. I knew there might be some crude jokes hiding in the background, but as long as Reuben didn’t bust out his Pee-wee to pleasure himself during the movie, I figured nothing would really be a big deal. 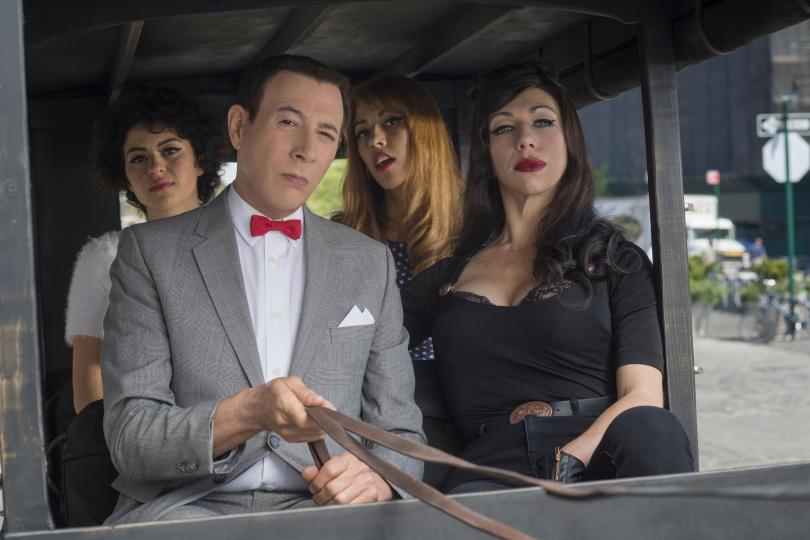 Pee-wee Herman (Paul Reubens) is still up to his old hijinks. He loves Fairville, but he is afraid to leave it. Everything he needs is in this small town anyways. But then he meets Joe Manganiello (Joe Manganiello). Pee-wee and Joe hit it off right away. They agree on the best candy. They like the same things. They were BFF soul mates. And plus, Pee-wee had never heard of Joe before. He never saw Magic Mike!

So Joe invites Pee-wee to his birthday party, except it is in NYC on the other side of the country. And he tells him to not fly by plane, because he cannot discover himself that way. He has to road trip it up and he has five days to get there. And if they were really friends, he would want to go to his birthday party.

Pee-wee has never taken a holiday before from work. But after receiving a sign, he takes his car and crosses the rail road tracks.

Also Richard Riehle and David Arquette are in this one too. 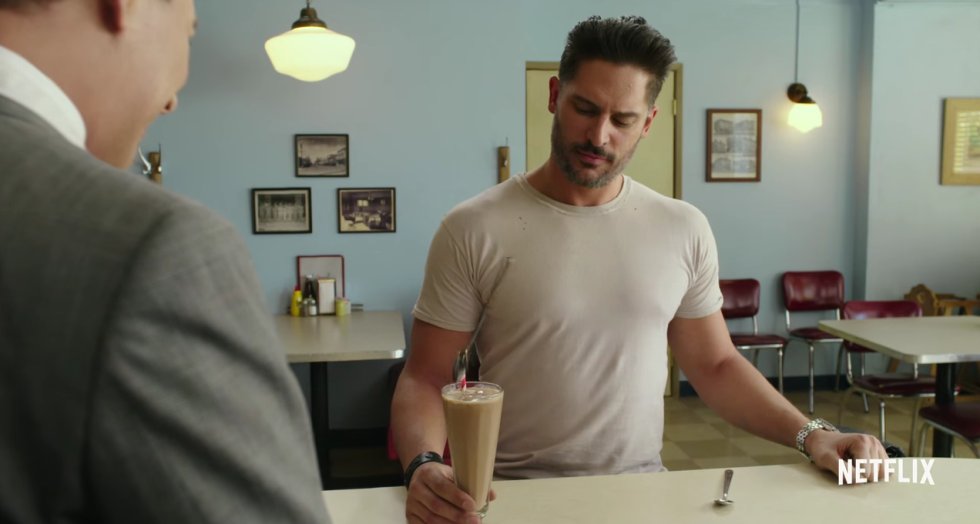 One shake can change a man forever.

I really wasn’t sure what to expect for this film, outside of zany antics and maybe some celebrity cameos. I was definitely disappointed on the cameo front, because there was…one I guess. But I was not disappointed in Joe Manganiello, the super cameo.

Generally, when actors play parodied versions of themselves, I laugh. Like most of the cameos in Entourage. Or Matt LeBlanc in Episodes. Manganiello knocked it out of the park.

The bromance between him and Reubens, sure it is artificial, but it was a joy to see. Every time Pee-wee went to sleep he had visions of the party, but in slow motion and (spoilers) and they were hilarious. This film made me like Manganiello more than it made me care about Pee-wee.

As for the rest of the film, it had its moments. Most of the people are just extreme charicatures, like Pee-wee himself, so it is generally always moving. I enjoyed the Amish scene and the bank robbers added an element I didn’t expect in a PG movie (male strippers)!

A fine enough movie to distract you while you play on your phones, but not something you’d every really want to just sit down and watch again and again.