Three major movies came out on Christmas Day in theaters, but they all cannot be winners. Parental Guidance reminds us of that fact. Normally reserved for movies with a little bit more umph, Parental Guidance is the other side of movies, the family friendly bunch. Apparently, families sometimes go out to see movies on Christmas. Guess there is only so much bonding time you can allow between the presents and food eating before you snap.

“Alright fuck it, you kids put away your new toys! Time to watch a movie!” 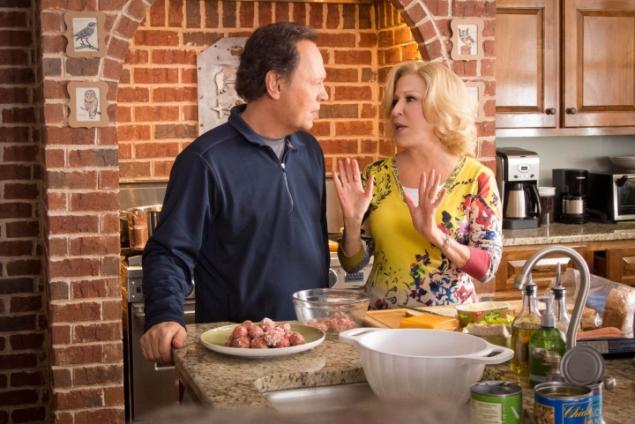 I honestly think I wrote the intro to this review in my sleep. Does it make any sense?

Artie Decker (Billy Crystal) talks a lot, and for a good reason. He is a baseball announcer, has been most of his life, just for minor league teams. Just one day, one day, maybe he will work for the San Francisco Giants. But not if he goes and get fired for not being tech savvy enough. Whoops. His wife (Bette Midler) tries to be supportive, but eh, life sucks.

Speaking of life sucks, their only daughter Alice (Marisa Tomei) has three kids of her own, an overachieving oldest daughter, Harper (Bailee Madison), a younger son Turner (Joshua Rush) with a stutter, and a little boy Barker (Kyle Harrison Breitkopf) who ha imaginary friends and is overly hyper. But her husband (Tom Everett Scott) is a smart one, and he made a smart house after many many years. He is even winning an award, gets to go to some place in California for it. A nice vacation for the two of them, but all these kids and responsibilities…

Oh no, the only people are available are her parents! Their old fashioned life style can’t possibly interact with the new way of raising children, all sugar free, never saying negative things, letting them eat and dress themselves, technology enabled, never losing, and full of derp. 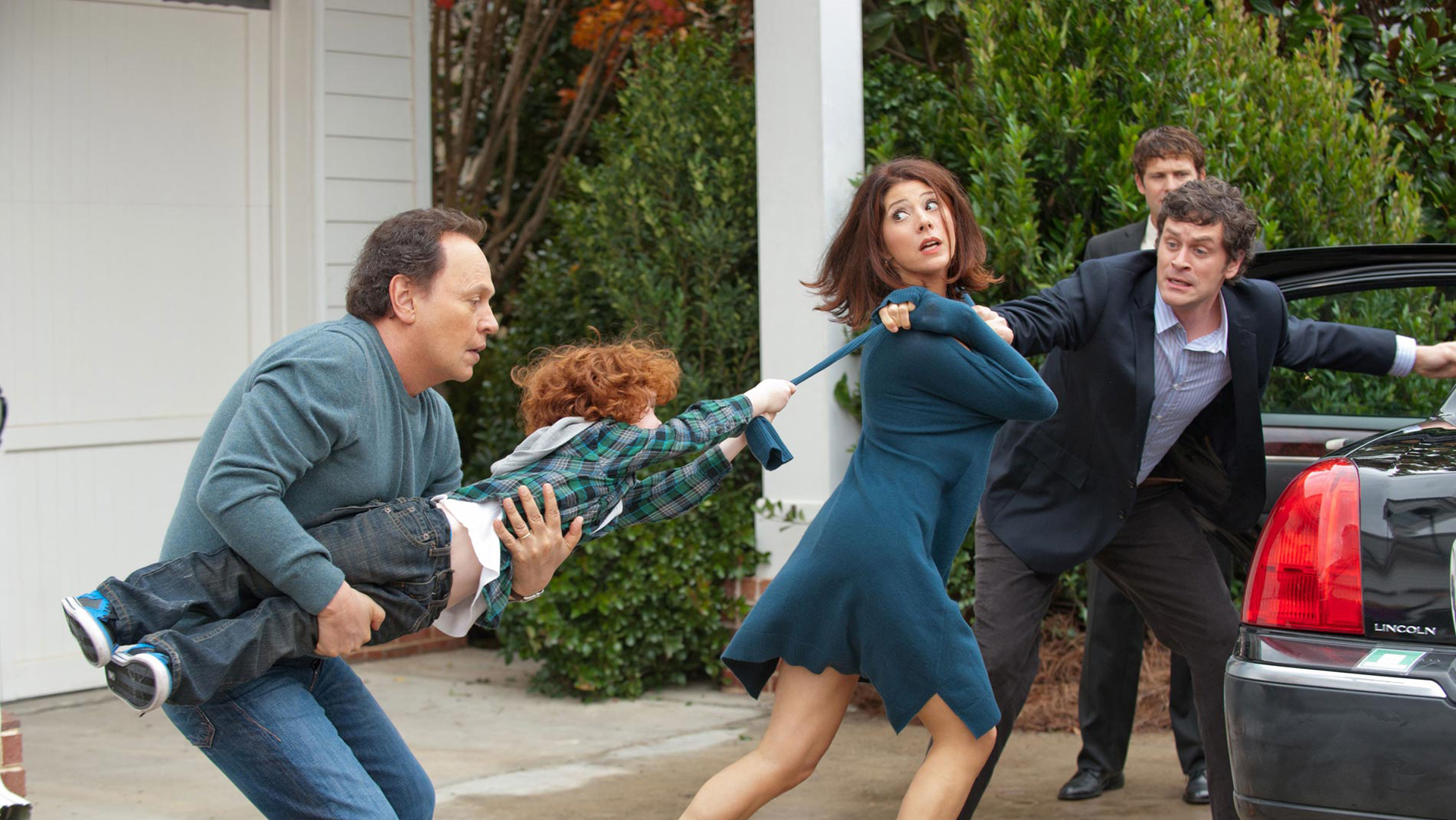 Frankly, I think she deserves this for wearing such an awkward looting sweater dress.

I think I tried hard to not have a bias going into this movie, but the movie sure did its best to strengthen the bias. I should note that Billy Crystal didn’t suck in this movie, after all, he is Billy Fucking Crystal. His character provided laughs and made the film a bit better than horse shit. I think that is what the director was counting on though.

The problem is that every time some good moments almost seemed to go together to make it a decent scene or moment, the film pace changed to crash it into a head palm moment. Not in the “Oh great, now the kids are back and annoying” or anything. Just certain decisions were pretty damn annoying.

Best non Billy Crystal part? Gedde Watanabe was in the movie. Here is one of his great scenes from UHF.