That is what the man at the video rental store told me. I agreed. Didn’t even think of that somehow.

I think this is the fifth film I have reviewed that begins with “Para.”

Strangely enough, I didn’t really love any of the first four either. Science tells me that trend will continue with Paranormal Whacktivity. 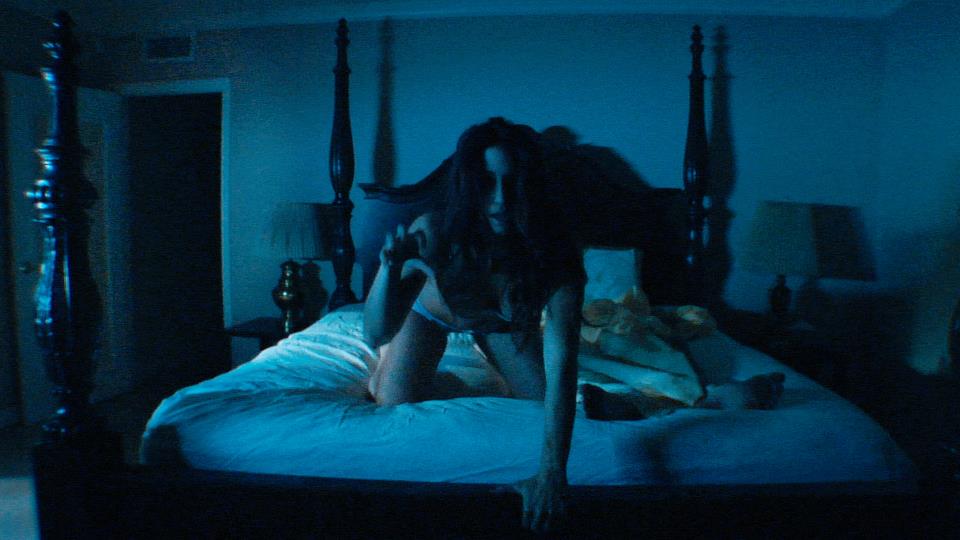 Yep, we got another damn spoof here.

This is a spoof on Paranormal Activity. One of many, yes, this is just another one.

But this couple is having problems being intimate. And that is mostly because of the demon haunting the house pleasuring the wife, Kasey (Sasha Formoso) at night. The guy, Michael (William Patrick Riley) is a dumb ass, video taping every thing, wanting to make a movie.

It then spends a lot of time trying to spoof other things. Like Ghostbusters, Avatar and there is a line by line remake of a scene from Superbad, just randomly thrown into the middle. The fuck? None of these are even like, modern horrors. Many of these are years late. Was this made in 2009 and considered fresh but hidden for a few years?

I will spoil this. They trick the demon into falling in love with another chick after a big house party, and he leaves them alone. That is also because our main girl has decided to stay with her husband, awww. How sweet. 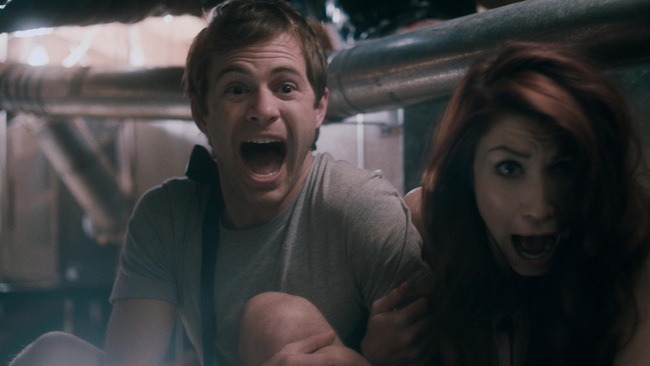 They look like they are still joking around, even when they scream.

The demon is of course a midget. Because why not.

This was meant to be a comedy. A sexy comedy. But definitely a comedy. Unfortunately they forgot the laughs. They also made the mistake a lot of movies do. Just because a plot point is about sex (or lack thereof), it does not make it sexy. Having a bunch of random attractive doesn’t make it sexy on its own. Heck, this movie I think barely even earns its R rating. I guess it was given to the movie for like, two topless scenes? But it is a pretty weak R besides that.

Parody movies can be done well, and this is an example of one that was done really really badly.

If I could erase this movie from my mind, I would. I’d watch a movie that isn’t even cleverly titled called Paranormal Parody.

Heck, I’d almost rather watch 30 Nights Of Paranormal Activity with the Devil Inside the Girl with the Dragon Tattoo than this again. Okay, not that desperate. I don’t think I could even touch that movie without forever becoming jaded and insecure.

Back to Paranormal Whacktivity. Don’t watch it. Shit’s bad. It maybe could have been good. But it is bad. Hell, the woman on the cover isn’t even in the movie. Fuck all of that.