Boo! Okay, that never scares anyone anymore. No, we need more subtle weirder and realistic stuff to scare us. Which explains the Paranormal Activity franchise. Heck, the production companies love it because they are relatively cheap to make and can rake in the cash.

In case you didn’t see the first two films, here is some catch up! Obviously this contains spoilers for 1 and 2, but hell, 3 also.

In the first film, Katie has moved in with her boyfriend, after which she tells him that some evil presence has been following her around and messing with stuff. Well shit, kind of late there. Weird stuff happens, grows more and more, she becomes possessed and kills the boyfriend and goes missing.

In the second film, it takes place before the first! Ah sneaky. Instead of Katie, it is her sister Kristi, who is actually married with kids, including a new born boy. They recall that demons haunted them when they were kids, and that their family could have been involved with a cult that requires the first male born son. That son, Hunter, is the first in four or five generations. Awkward. Demon stuff happens, it escalates. Then the end of the film is after the events of the first, Katie comes, kills everyone, and steals a baby! 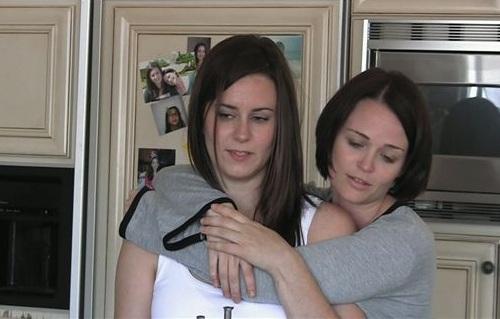 So lets go to the third film now! Which takes place before both of the other ones, hah! Take that, continuity!

No, this movie takes place like, 18 years prior or so. When Kristi (Jessica Tyler Brown) and Katie (Chloe Csengery) were kids! Where recording stuff happened on big VHS recorders, with tape and wasn’t all snazzy and digital. They live with their mom, Julie (Lauren Bittner) and her boyfriend Dennis (Chris Smith), because not many people get married in these movies.

Weird shit happens, so he sets up some cameras around the house to see if he can record any more. If only he was their actual dad, then we could say we know it was some genetic issue for each family to do this later as well. But I guess it was the guys idea each time, so hmm.

Shit escalates. Some invisible demon bugs the kids, until it convinces them to do what it wants, mainly Kristi. They convince the family to go to the grandmothers house for a bit, thanks to all that weird ass shit. Then it becomes a fuck with Dennis movie, which it might have been all along. They hear weird noises at the grandmothers house, Julie goes to investigate, does not return. Dennis finds weird images in the girls room, but can’t find the girls. He sees shapes, but no one there. He notices the back door open, goes to investigate, heads to the back shed, turns it on, BOOOM, a bunch of old ladies in black just standing there all creepily.

Julie is found dead, and used as a projectile against Dennis. He finds Kristi and tries to hide with her. Doesn’t work. Finds Katie, she goes all demon on him and he falls down. Just to make sure, the grandmother pops up and breaks his body completely. Yay happy endings! So I guess uhh, after this, the girls go to live with grandmother all creepily until they move out? 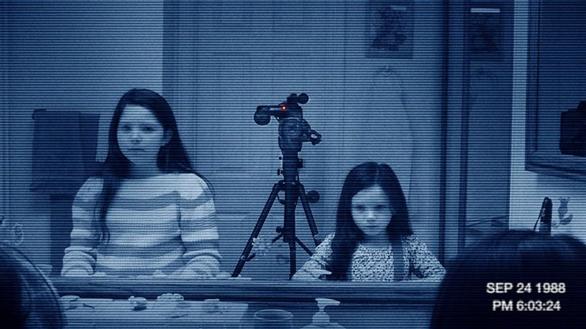 Bloody mary is a fun game. And by game, I mean time waster. And by fun, I mean stupid.

You’d think they’d remember these type of things happening, since they even say they were haunted in the previous film. But their mom and her boyfriend violently killed? Come on.

Out of the first three, I think this is the worst. I think it has more subtle stuff going on, but having it go back to their childhood to help explain the first two movies? I didn’t think it really worked. Sure, a lot of weird stuff happened. But for the girls to just completely forget about it until almost 20 years later when it happened again? That just feels like a plot hole. A giant plot hole kick in the nuts.

The only plot that matters from this movie, if you were going to continue the series, is that you got to see they had a creepy grandmother, who probably knew about the demon cult curse thing mentioned in the second movie. Definitely not necessary (yet) to understand any more of the series.