Paper Man is a pretty weird movie. That becomes obvious if you have seen the cover. Let me help you. 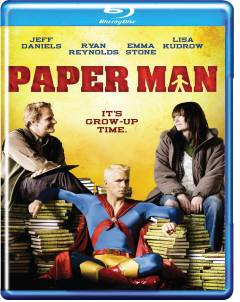 Ryan Reynolds as a super hero maybe? (Is he called Paper Man? (Nope, Captain Excellent)) Jeff Daniels, not being in Dumb and Dumber? Lisa Kudrow, not in Friends? And wait, EMMA STONE? SHE IS IN THIS MOVIE? I would have probably bought this on that fact alone (you know, if I thought this was worth buying). All the times I walked by this movie, I could only see Ryan Reynolds, sitting there being bored. Never noticed it was Emma Stone, since she looks a bit different on the cover.

This is a serious story. Not a comedy! Jeff and Lisa are married, yet not doing well. Jeff is having a midlife crisis. Another author who never writes anymore. He actually sees make believe people, aka, Ryan Reynolds. Emma Stone is real, just some underage girl who lives near his cabin, who he gets to babysit his kids. (He has no kids. Pedo, pedo). 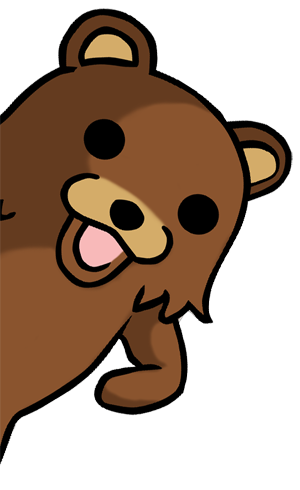 This isn’t really a joke, just a fact.

Somewhat comedic, but I didn’t really laugh. Jeff may or may not be trying to get it on with Emma Stone (as those are the only two options?). You see him deal with his crisis, and slowly seem to drift further and further from Lisa Kudrow. Also of course, Ryan fucking Reynolds wearing tights. Probably good for at least one watch, but it missed out on perfection by not having the strongest emotional ties behind it.