Noobz is a funny word. It sounds like boobs. One of the best early memories of Pure Pwnage involved asking random women questions about gamers, including if they though the word noob was sexy.

The answer is no, because noobs are lame and thus not sexy. Gotta have skills to get the ladies.

Either way, I watched this movie for a number of reasons. One of which is a lot of video game references and jokes. Hurrah! 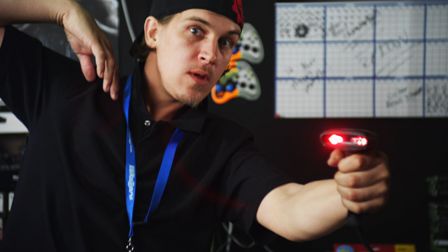 The second and final reason is motherfucking Jay.

Noobz is about a group of gamers going to a gaming competition in California. They are members of “Reign”, a clan who plays Gears of War 3. For whatever reason, Gears of War 3 is the biggest game ever during this time, and it is thus a competition that everyone who is anyone cares about. It is a best 2 out of 3, 4 on 4 match, and that is it. Not much gaming for a round, no, but hey, whatever.

Cody (Blake Freeman) is actually the fourth best in the world, and the rest of his team is no where near as good. He claims he would be first best if his wife didn’t get mad at him, and his shitty job as a realtor wasn’t getting in the way. Good news is, he loses that job and his wife leaves him early in the movie. Yay!

Andy (Jay Mewes) works at a gaming store, and wants to go to the fest. He is willing to pay Andy for a shot of some of his prize money. They also have Oliver (Matt Shively), who exists only as a really long gay joke. Because he does gay things, and claims he is straight. That is his only purpose. Their final member is Hollywood, aka a guy who was on Starship Troopers.

There is also a side story of Greg “Armagreggon” Lipstein (Jon Gries) who was a big deal in the 1980s, doing the coin operated arcade circuit. He was world champion at everything. Everything but Frogger. This year is his comeback and his chance.

Also, Moises Arias is in this, but I don’t want to spoil his role. If you watch it. 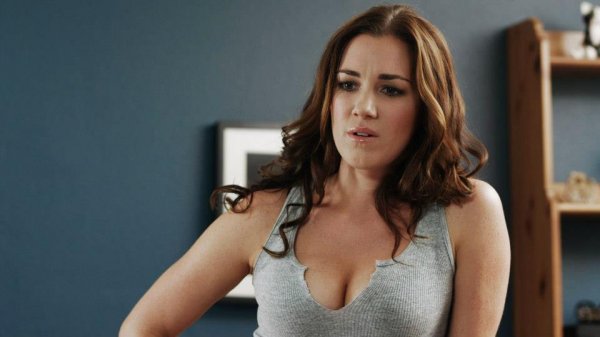 She is in this movie for one scene. She has boobs. Not for noobs though.

Alright, well I wanted a lot of nerd jokes, and unfortunately this movie didn’t really have any. Like. Not many at all. For Serious. Some gamer language was used, and their gamer tags were a little bit clever, but most of the jokes came out as gay jokes, or slap stick only. Pretty weak.

Oliver’s gamer tag was of course Fragget. Or something similar, not sure.

There was also a love story, which made the ending a lot worse than it should have been. It was predictable unfortunately, so I’d rather not talk about it.

Mewes was okay in the movie.

The intro for them to get to their expo took forever, and didn’t have many jokes attached to it. Unfortunately, the best jokes were of course in the blooper real in the credits.

But this movie is not a 0, no no. Because jokes did take me by surprise and I did laugh a few times. It was just incredibly low quality, and underwhelming. That is all. Don’t watch it, for sure, but I was not pissed off by the time it finished.