And then every once in awhile, they have documentaries about movies, which is of course extremely appealing to someone who likes watching movies. The movie makers can be subjects of documentaries themselves, it isn’t weird!

And then every once in a longer while, we get a documentary that doesn’t worry about fitting it all in one tiny package, but giving you as much info as they can, all the info they can, with as many people as they can, and saying “fuck your time constraints, you fascist time Nazi!”

That’s right, Never Sleep Again: The Elm Street Legacy is a whopping 240 minutes long. That is about four hours for your math inept bastards out there. This documentary doesn’t cut any corners, unless you count the recent reboot of the franchise, A Nightmare On Elm Street. It isn’t featured in this one, most likely because it came out the same year as the documentary, and because who cares about that title? No one. It is a reboot, it is different, it isn’t Robert Englund.

So what does this cover? Well, of course the original concept of A Nightmare On Elm Street with Wes Craven and New Line Cinema, while also going over the start of New Line Cinema, because they made it big off of Freddy. We get the “gay” second film, the really great return of Craven for Dream Warriors, the second highest grossing 4th film which jump started director Renny Harlin‘s career, the clusterfuck of a fifth film, the “final” sixth film with Freddy’s death, and second return of Craven with the brilliant New Nightmare, a lot of info on merchandising and the TV show and it ends with Freddy vs. Jason. 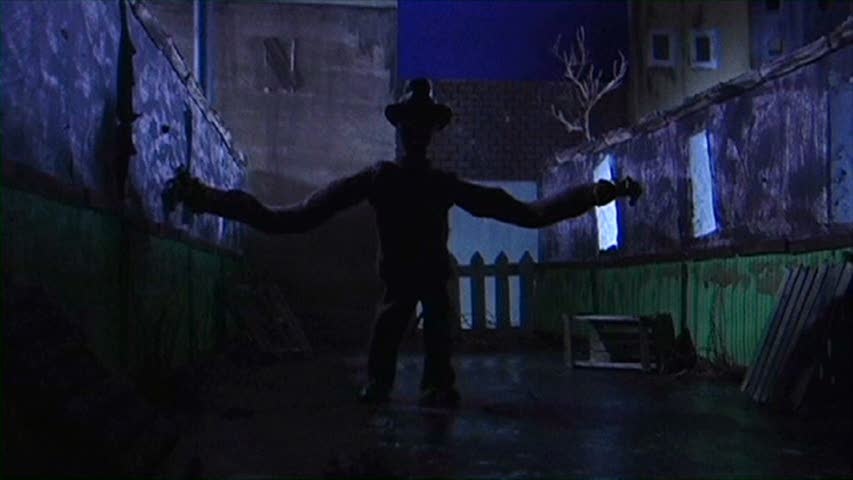 Freddy’s arms have been elongated to encompass everyone in this documentary.

That is a lot of material to go over, and now you know why it is so long. The best part about the length? I didn’t feel like a torture session trying to get through it. It was very entertaining hearing the stories behind scenes, how shots were made, how decisions were decided upon, how casting/directors were chosen. Everything. Including snide comments with Craven and Englund throughout. Hey, they even had a small interview with an actor who had the role of Surfer in one of the movies. He had a say. They talked to people who wrote scripts that were ignored. They talked to everyone. I think the coolest part is when they talked to someone who played one of the roles, they also had them read their script description of the character when they first enter the movie. Made them relatable?

But here is one annoyance. When you hear about stars in these movies, a lot of people will think back to Johnny Depp and Patricia Arquette. The Elm Street series were each of these heavy hitters first roles, and Patricia in particular was the lead in the third film. Yet they don’t get interviewed for this movie? Were they too busy for the franchise that gave them their eventual millions?

Either way, this documentary is an information overload, and only biased in the sense that a lot of the people who worked on one movie will over hype their own work, obviously, or blame others for any failures. If you were a fan of any movie of the franchise, you will enjoy aspects of this documentary. If you are curious about it, you will enjoy this. You can watch it over days and in sections quite easily, and it is on Netflix and will probably stay there forever.

Overall, Never Sleep Again: The Elm Street Legacy is a fantastic documentary. I learned a lot, and I will forget most of it. I was worried about finding time for the four hours, but it was a very easy documentary to watch, it ended up not even being a big issue.