Peter Jackson‘s name is super attached to the project Mortal Engines, despite it not seeming like a project up his ally.

Okay, it is based on a book, and he has done quite a few movies based on books or other sources.

But it also looked like a CGI hellscape of a movie. Practical effects were Jackson’s bread and butter in the early 2000’s, outside of some monkey business. Sure, he Hobbited it that aspect up in the future, but there was some attempts to not make it one big green screen, right? Right?

Well, needless to say, this movie isn’t actually Peter Jackson’s baby. He isn’t the director. He is one producer and one writer of the screenplay. He is just a big name and probably involved himself very little in the project. Whew. That was a close one. Can’t have too many duds in a row, or else no one cares about your past. 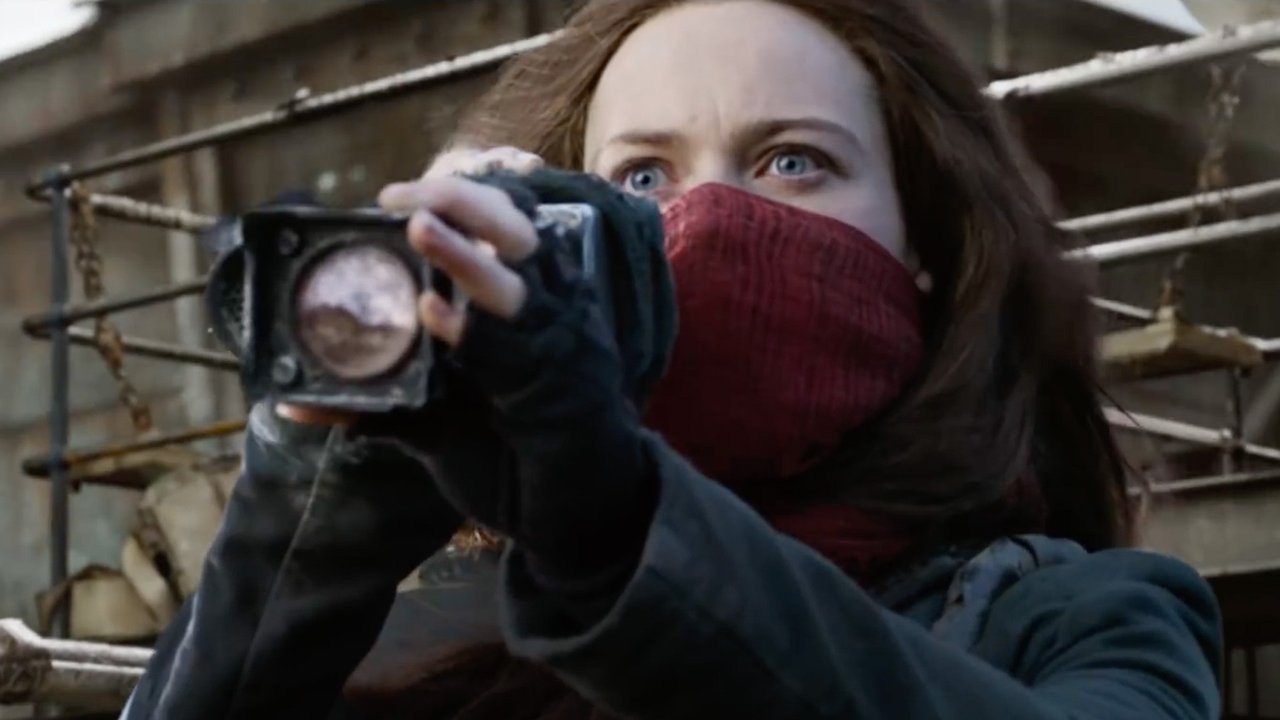 This is our main character trying to find Robert De Niro‘s dignity for similar reasons.

Mortal Engines takes place some 200-300 years in the future. Instead of sleek future design, we had to go a bit dystopian, and a bit steam punk. Of course some resource concerns exist, and apparently that lead to bigger and badder weapons, which wiped out a lot of technology. Now that is a thing of the past. And instead of resorting back to a feudal farming society, they realized that having a farm is lame, and they needed to be more nomadic. And when you are a nomad but the Earth is too big to wander, you just gotta take your whole house with you. And city.

And uhh, we have cities with giant wheels now, moving across the landscape, in search of places to temporarily settle, to get more resources and then, move, or whatever. And the bigger the city, the more resources they need, so they can’t just like, sit still and gather up enough to move. So instead, they invest in bigger stronger wheels and straight up try to “Eat” smaller community city/town/buildings. They can convert the people into new workers and citizens, and tear up the building material to burn into fuel.

Okay, so this is terribly inefficient. These predator cities can’t possibly survive like this unless they are munching up settlements all of the time. And these settlements are sparse. There are some settlements that don’t move, but they are behind a large wall in a pass, separating let’s say Europe and Asia, with big boom makers, so they can’t get close. Or can they…

Anyways, most of this plot is world building, because that is really the most important aspect, trying to figure out what the hell is going on. 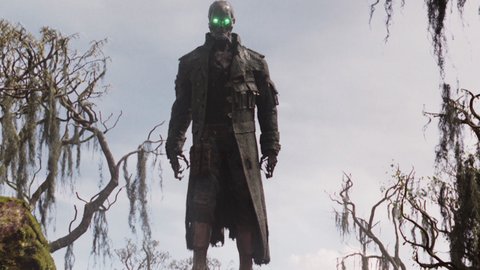 Absolute garbage. That is a nice way of putting Mortal Engines. A CGI slugfest of nonsense.

Mortal Engines is what happens when you take all of the good to excellent parts of the last decade of teenage dystopian films, then throw them out the window, filling the gaps with terrible B- or C-movie plot, bad acting lines, no worries about making sense, and even more terrible plot lines. It is like the creators of Sharknado saw a book, bought its rights, and then realized Sharknado might be actually more plausible so didn’t try to make sure this movie made sense. It is what happens when you live in a green life, with a green house, green car, green girlfriend too, and then it is totally a good idea to have probably no real sets at all in your movie. It is what happens when you assume to be a success, you just need some ridiculous premise and it will make people thing you are edgy, fun, and new.

I can’t talk enough about how much of a dread this movie ended up being. At over two hours in length, it certainly had a never ending feeling and my mind certainly believed it was three hours plus. It had the nerve to both feel not fully fleshed out/rushed, and yet too long. At no point can people derive an emotional connection with these characters, as so much of the plot needs to be told in needlessly polished flashbacks from our main character. Thousands of people die in this movie, and there is barely ever a thought about them. Characters only show up at the perfect time because of poor writing, without any chance of appearing natural.

Mortal Engines has no redeeming qualities, and when you try to analyze aspects of the plot or story, it will either break apart or just completely get even more confusing. I assume this is a series, and more books/movies will maybe clear some things up. Unfortunately, that doesn’t work well with a standalone movie (Which had no sign of a sequel set up either).

And what in the flying fuck is up with the Shrike robot? I barely understand how they even exist, and just have to accept their near god level power. And it mostly implies it is a bad guy, despite clearly doing a good thing, until the very end when we are supposed to suddenly flip our switches and feel sad? The graphics and voice behind him were also, seemingly, left behind somewhere.

I spent most of the time with this movie trying to fight off sleep, and writing down lines that were delivered extra terrible/cheesy. That, and counting down the minutes until I could get out of the theater and try to put this movie behind me.