Movie confession: I was born in 1989, and it took until the summer of 2015 for me to watch the first four Mission: Impossible films. I have definitely never seen the TV show (and don’t plan on it). I really wanted to review Mission: Impossible – Rogue Nation when it was in theaters though, so I had to gain copies of the first three films.

Oh, I had Mission: Impossible – Ghost Protocol on Blu-Ray already though. Bought it three years ago for about $3 and put it on my “eventually” shelf.

Well the time is now! And as a way of catching up, I thought the first one was good, the second one was really really terrible and took me five days to finish it (watching a little bit each day), and the third one was decent, thanks a lot to Philip Seymour Hoffman.

Good, we are caught up. On with the recent film! 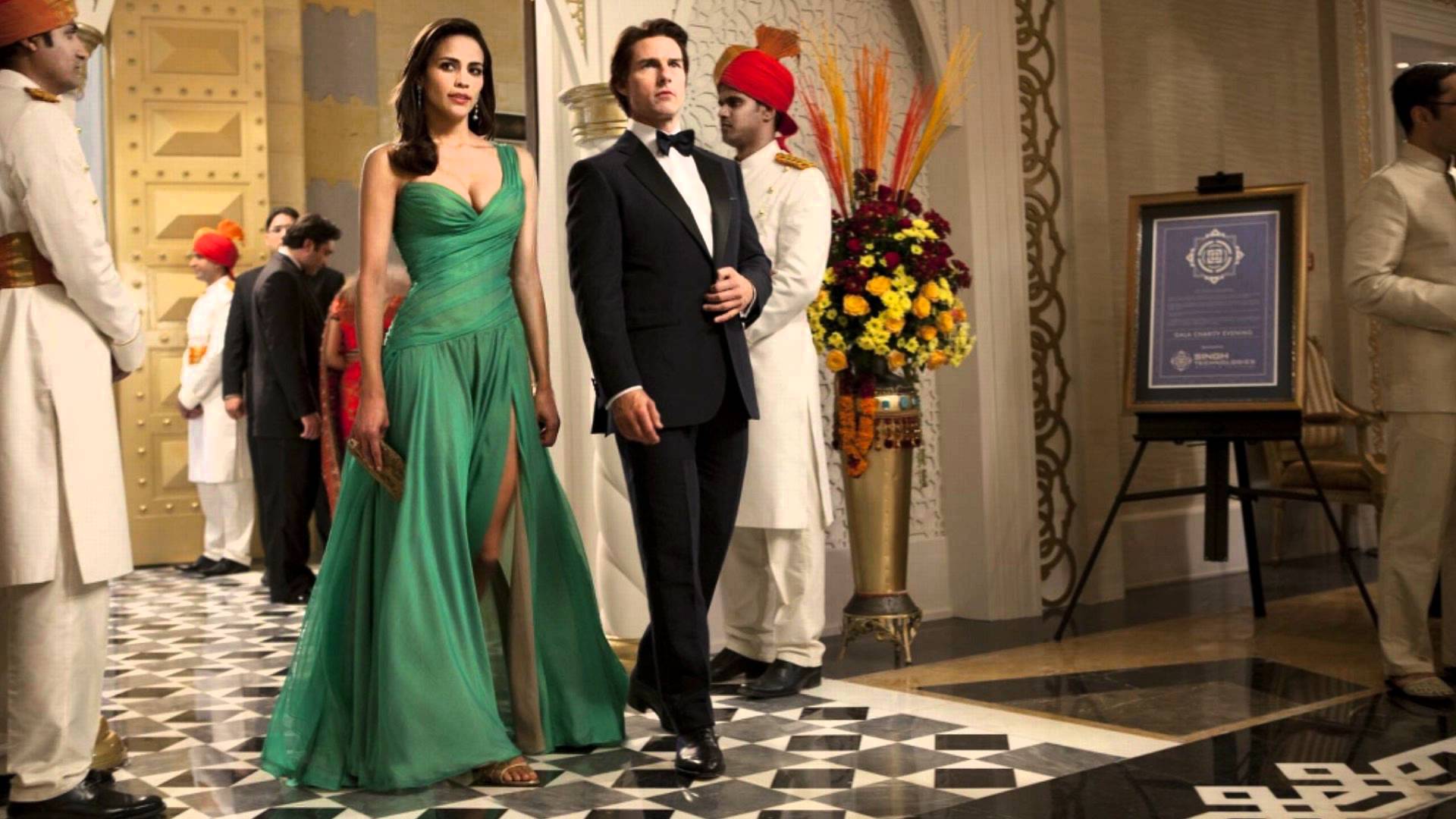 I have learned to not get attached to the female lead. She totally won’t make the next film.

Ethan Hunt (Tom Cruise) is now locked away in a Russian prison. He has been there for years! Some say he killed a bunch of Serbians, some say it was due to the death of his wife. Some say he is there on a secret mission. All they know is that they have to break him out right away. So a team featuring Jane (Paula Patton) and Benji (Simon Pegg), who has his field badge finally break him out. They also help break out some dude named Bogdan (Miraj Grbic), because he helped Ethan out, despite not knowing he was secretly an American.

It turns out they really really needed Ethan to break into the The Kremlin to find out the identity of a man named Cobalt. The IMF was close to figuring it out, but one of their agents (Josh Holloway) was killed by an assassin (Léa Seydoux) before they could get too close.

But then shit even goes wrong at the Kremlin. Turns out Cobalt (Michael Nyqvist) was there first and frames the IMF/USA into doing some bad naughty things in the Kremlin. In response to that, the president has disbanded the entire organization, as a way of appeasing the Russians. However, our three crew members were still ordered, on their own, to stop Cobalt and get the USA out of the bad position it is in. But hey, they also an Analyst (Jeremy Renner) on their team, so that is cool! And you know, having to also escape the special agent Russian forces looking to track them down, led by Sidorov (Vladimir Mashkov). Man, there is a lot of hard shit going on. 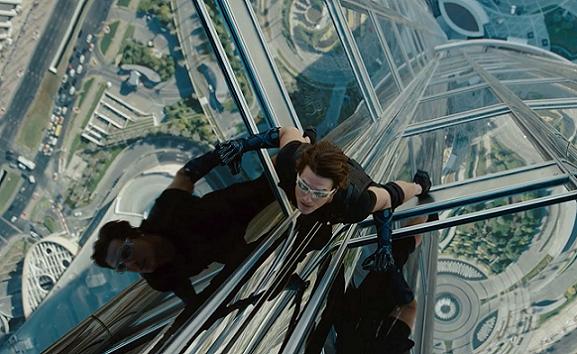 Camera angles intentional to show how crazy the stunts are in this tower scene.

Comparing Ghost Protocol to the other three films, it is far better than 2, better than 3, and I would say on par or even better than the first film. Ghost Protocol came out 15 years after the first film, and I am generally skeptical of 90’s movies getting sequels way later. You know, like Jurassic World. Sure, there were other films, but there was still a large gap between films 3 and 4 of those series. I assume they are making a movie not because of having a great idea (just late), but instead hope to ride the nostalgia of movie goers instead of making a new property. Remakes remake money, after all.

I couldn’t be happier to be wrong on my assumption about this film though!

I was on edge of my seat throughout the film, and not just because I also had to deal with a crying baby while I watched it. The plot was intricate, but easy to follow. And there is a ton of action to entertain. The skyscraper climbing scene was better than advertised and one of the highlights of the movie. Both the climb and the descent. Despite knowing that our hero wouldn’t die obviously, it was tense enough to scare me both times. But it wasn’t the only tense moment! The final fight scene in the strange parking garage was colorful and had such well done cinematography.

Despite his real life personality, Tom Cruise makes excellent action movies. His last seven movies, including the Tropic Thunder cameo I have given good or better reviews to. We shouldn’t care about what an actor does in real life (unless it is killing babies?) or if he has a short person complex if he can consistently entertain and put out wonderful characters and work. Needless to say, I am appropriately pumped for the next Mission Impossible and whatever future films he wants to partake in.