Every once in awhile I pick out bad movies to even out my website if I have seen too many good movies in theaters recently. I will at least try to pick a probably bad movie by knowing one of the actors in that movie.

Miss Dial is one of those movies, and also a great example of why I will watch random shit and give it a fair shot. Because somehow, despite everything, I really liked it.

No, this is not the people on the cover that made me want to watch it.

Erika (Robinne Lee) works for CPI consumer affairs. Who are they? They cover a lot of products, and take complaints and help answer concerns for people using these products. She can work from home, take calls via her laptop and all she has to do is follow a script and work blah hours a day, while multi tasking and doing whatever. What fun!

Well, except for she hates it. She also has recently heard rumors that her boyfriend, Alex (Jon Huertas) has been fooling around with one of his coworkers on the side. In fact, someone saw them together at dinner, maybe kissing, the night before. No. Not cool. Not cool at all.

So during a break she decides to call her best friend to talk about it but she accidentally dials the wrong number, and ends up having a conversation with some random guy instead. It felt like relief. She felt connected. She wanted to do it more. But with her boss constantly checking in (David H. Lawrence XVII), a queue of dumb consumers that doesn’t ever seem to shrink, and boyfriend troubles, she is having a very strange and confusing afternoon.

And when she calls Kyle (Sam Jaeger), a random NYC number, she feels more connected to him than anyone yet. And he is offering advice. He would be perfect, if she wasn’t so confused with hey boyfriend and you know, he didn’t live far from LA. Dule Hill and Gabrielle Union are also in this movie, but they are just two callers to the complaint department while the other events are unfolding.

Yet note their position on the DVD cover, and note Sam Jaegers. 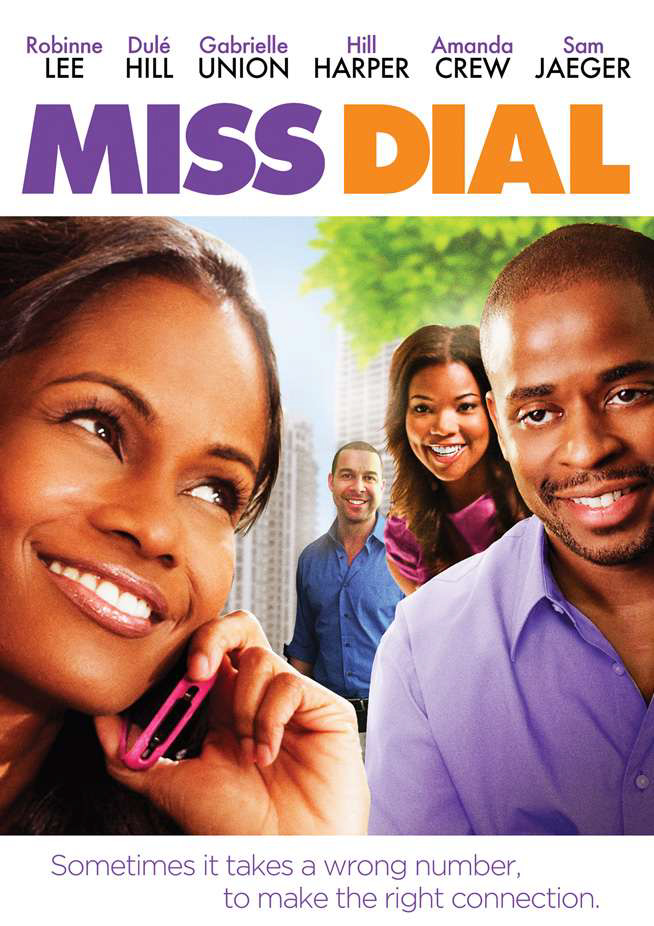 Seriously. Dule Hill’s character name is “Popcorn Caller”. He has one scene, and so does Gabrielle Union. They are both famous kind of, but Sam Jaeger is also kind of famous. He is on Parenthood! And the second main character! But no cover. At least his name is on the top?

Despite that. Despite that glaring fact and awkwardly deceitful advertising. I liked the story. I really did.

First off, the movie was basically in real time, since it was mostly conversation, no other events really going on. Made it seem a lot shorter than it ended up being.

Second, a lot of clever shit happened by the end. The way they used phones and just normal conversation into tricking people to tell the truth. It was brilliant.

Third, the complaint people were hilarious. They really were. I knew a lot of people who ended up calling too, bunch of small time actors, getting a scene in to make us laugh. That is awesome.

And fourth, I really enjoyed the ending. I think that is point two. It had its ups and downs, but shit, I was entertained, and overall glad I saw this movie. Weird right?