Miracles From Heaven is the latest close to Easter Christian film release to happen this year, the first being Risen, and the next one after this being God’s Not Dead 2. I figured I should tell you that these all exist, because it is easy to get lost in it all.

Miracles is by the people who brought us Heaven Is For Real from a few years ago, also based on a book based on a true story. And of course, Heaven is in both titles. They want you to know right off the bat what you are getting in to.

Sure, I almost never rate Christian films highly, because they are all pretty similar. Overacting, cheesiness, non realistic situations, straw men, whatever. But what annoyed me in particular about this one ahead of time was the marketing. I barely saw anything for it, but I did see a viral post on the Facebook. At the risk of giving this random person more views, here it is if you haven’t seen it.

Now, first of all, yes it is just the trailer. And the trailer is cut off on the left and right due to the actual size of the post. But this trend of having text on the top and bottom of gifs or videos is incredibly annoying. First of all, it takes away from the original creators of the gif/video, and puts someone else’s mark on it. It usually changes the distortion of the video and makes it smaller. But lastly, what an annoying thing to even write on just a trailer to get people to share. It feels underhanded and deceptive almost. I hope I don’t start seeing more of these, because people will fall for this way of advertising apparently and not realize how crap it is.

And of course, you also have to see the trailer for this film, which tells 100% the whole damn story of the movie. 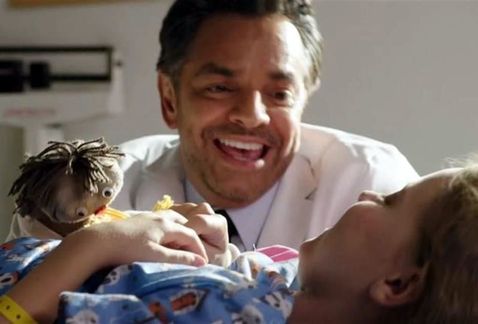 Oh hey. That guy. I like that guy. Never mind, I need to see this movie!

Let’s journey back in time to a few years ago to Texas. Near Ft. Worth, not near Dallas. We will meet the Beam family, which is a strange last name to hear a lot as you will assume bean half the time. The patriarch is Kevin (Martin Henderson), a veterinarian, who recently convinced his wife, Christy (Jennifer Garner) to let him open up a bigger clinic. They have a lot of animals on their large farm, but also three daughters: Amy (Brighton Sharbino), Anna (Kylie Rogers), and Adelyn (Courtney Fansler).

Anna is our main girl though, the middle child, because she has stomach pains and no one knows how to help her. Eventually they figure out that her intestines are not working, they are basically bloated and paralyzed, so she cannot eat any solid foods. She has to switch to liquids. It is a disease with still no known cure, so it is mostly about making her comfortable through all the pain and living with her for the few months or years she may have. But Christy will not accept it. So no matter the cost, no matter the strain on her family, she will help her daughter. They even get her into the best doctor who works with kids with these sorts of problems. Dr. Nurko (Eugenio Derbez)! Except he is in Boston with a long waiting list.

Well, they will get through this. No matter who loses faith. No matter who gives up on life. No matter what strange accidents that might occur eventually and cure the disease surprisingly despite no known cure. 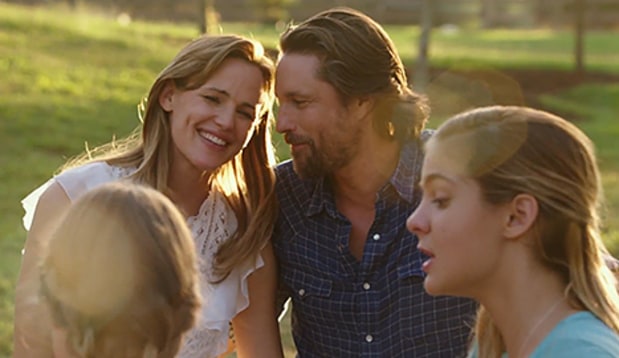 Okay here we go. Miracles From Heaven was not as bad as most other Christian cinema. It wasn’t overly cheesy, nor was it overly preachy. The acting was average to good, only poor acting coming from some random extras. It also did a lot better at connecting to the viewer on an emotional level. It doesn’t make it a great movie, it just makes it better.

Now of course, I am still a relatively new father. So movies that are about the potential (or actual) loss of a child, especially a girl, really get right up into my brain and make me feel the sad feels. So yes, Miracles From Heaven made me cry. Not just once, or twice, but several times. Just getting caught up in all of the emotions, the sad and the happy. After all, once you start flowing, it is hard to really stop. So obviously the film did a wonderful job there of jerking the tears.

In all honesty, a lot of me just seemed to feel bad for Kevin, who had to try and hold everything together, working long hours, still taking care of the kids and missing out on events, while trying to be an emotional rock for his family.

But enough about that. This movie did feel too long. And if you saw the trailer, there is not a whole lot of reason to see the movie outside of an emotional experience, because you see how she even gets healed. There were a lot of unnecessary scenes without any real payoff, like Queen Latifah’s character. You could cut her out of the movie easily and you wouldn’t miss out at all. It felt like there were several potential ending points, which kept me feeling tied down. And of course story wise, there isn’t a whole lot of plot.

Only one “prayer” scene felt really awkward or out of place, and that was when Christy was losing her faith and yelling at the sky. There was also a heaven scene that got really strange, but I guess it was required to happen.

Oh well. A decent recounting of the true story of a girl who had issues who then lost them after getting into an accident. What it doesn’t try to do is prove that Jesus is real through the story. It is only a small part. Unlike Heaven Is For Real, which is all about trying to prove it with terrible evidence, this is a story about a family going through a tough time and becoming stronger on the other side. Miracles is now the new film that I will compare all future Christian films to.