When Midsommar was announced, it became one of my top anticipated films of 2019.

Sure sure, a big part of that has to do with the theme. A horror movie, set mostly in daylight, and in Sweden? That is unique in itself, even if the plot ends up being weak. Location can mean everything.

The other big reason is that the director, Ari Aster, was ready to follow up his smashing success of Hereditary. Not only was it on my top of the year list, but it was the best horror of last year and had some best acting performances in my book. Clearly I would run towards any second movie he had to offer after that glorious first picture. 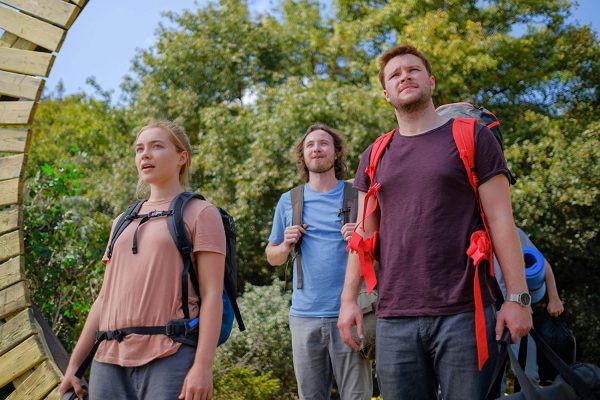 None of these people are Swedish. Well, one is. But can you tell he is Swedish?

Dani (Florence Pugh) and Christian (Jack Raynor) are having some problems with their relationship. They have been dating for awhile now, but they might be drifting. Dani’s family has been having a lot of personal drama, so Christian feels like it is never a good time for a breakup. And then, a bigger tragedy occurs, and sure, guess they need to keep this romance going.

Unrelated to their romance, Christian was invited to go to Sweden for a few weeks. Pelle (Vilhelm Blomgren), a Swedish friend at their University, has invited his new friends to come see a festival in the commune where he grew up. They have yearly festivals around the middle of the summer, but this is the most special one that occurs only every 90 years. Also coming along are Josh (William Jackson Harper), who is working on a thesis about various cultures summer celebrations, Mark (Will Poulter), who is looking to score with some hot Swedish babes, and of course Dani, because she just needs something to distract her.

Now of course, this middle of nowhere, super northern, Swedish village far away from the main roads is going to be a bit weirder. And, given the time of year and location, they barely even have darkness. What a fun time to celebrate and frolic with the flowers. With this culture, their customs may seem strange to visitors. But they have done them for hundreds of years, so who is to say they are wrong?

Also starring a lot of Swedish people, including Liv Mjönes and Anna Åström. 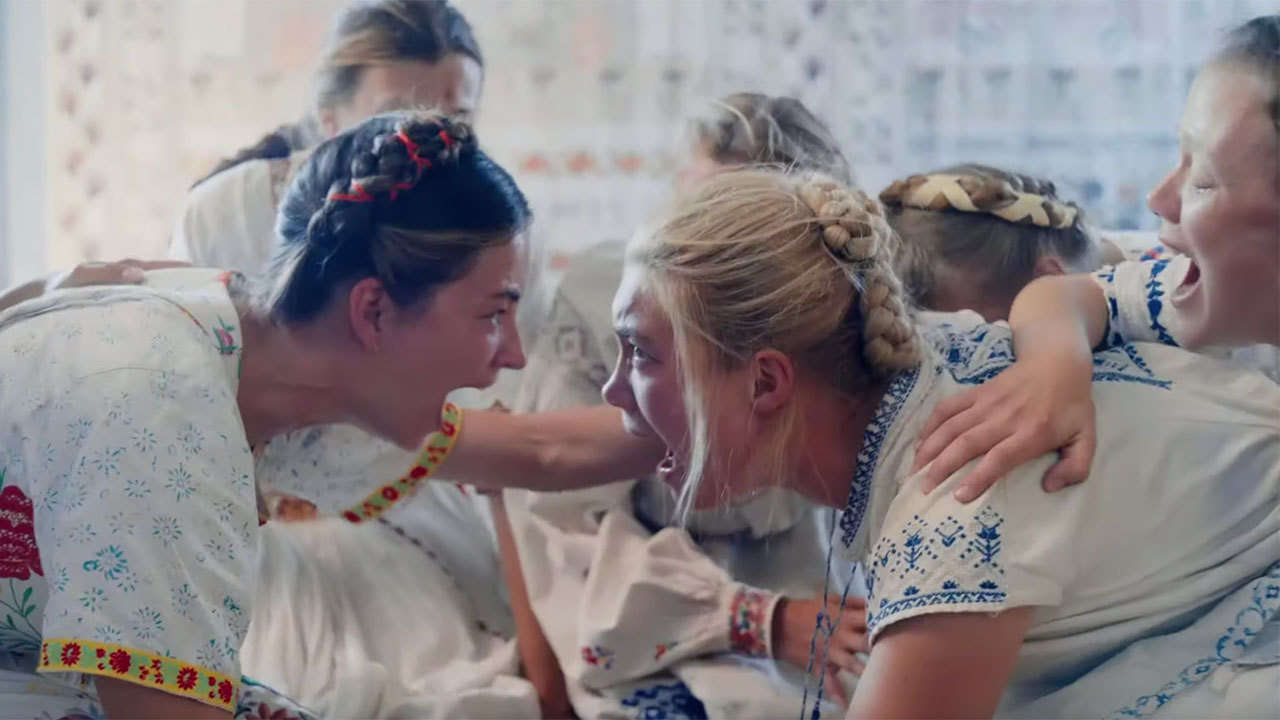 Ah yes, frolicking with the flowers.

Midsommar is definitely a movie, and one that took me awhile to be able to write about. Not weeks, just a few days. I wrote parts of the review right away, but I knew I needed to sit on my analysis.

First important note to point out is the film’s length. Very few horror films ever break 2 hours, and the ones that do end up being extremely successful or reach cult status. Midsommar is 2 hours and 20 minutes, almost unheard of for a horror (but not unheard of in terms of average movie length that seems to keep creeping upwards). Despite the length, I never once felt bored throughout the film, and mostly sat in awe of the beautiful cinematography, long shots, and colors.

In comparison to Hereditary, this is not as scary as his first film. It is definitely still unnerving/creepy, but for pure horror it lacks. It builds up its shocks and goes to an expected place by the end, but it is still satisfying and makes sense to get to that point.

Above all else, this is a film about a couple going through hard times and eventually going to have a break up. We know it, they know it, their friends know it. It just so happens that this break up is done in a unique and gory way.

Aster’s second major film is another win for him in terms of creativity, gorgeousness, and great acting performances. I cannot confirm yet if this is the case for sure, but you get to see a lot of Jack Raynor’s penis for those who have a check off list. It is probably actually him and not some CGI dick.