If you have no idea who Mesrine is, then you should probably read the review of part one, of this two part movie series. That way you knowledge can increase by about 3% on the subject! 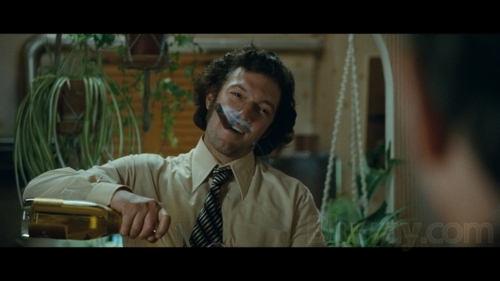 Knowledge, it makes you happy.

After the events of the first film, Mesrine (Vincent Cassel) found himself alone, on the run, and mad. How does Mesrine: Public Enemy #1 begin? Shit, with Mesrine dying. Spoilers? Not really. Hopefully you would guess a nationwide gangster ended his career in prison or in death. Why they started with his body, not sure.

Last time we got to see kidnapping, killing, some extortion and breaking away from the police twice.

Well this movie is really no different. Some more escapes, some more kidnapping. He has different lovers in this film (Ludivine Sagnier). Some notable police workers (Oliver Gourmet and Christophe Vandevelde). And of course new accomplices and criminals (Gerard Lanvin, Mathieu Amalric, and Samuel Le Bihan).

Why be vague? I explained that last time. Because its all about the experience, damn it. 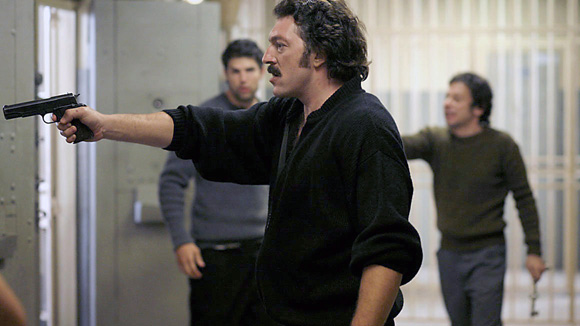 There must be some kind of way out of here, said the gangster to the thief. In prison.

But is it ust as good? To me, it didn’t feel as good. It is a bit longer, but I think a lot could have been cut out. Overall, it just felt like more of the same.

Maybe my problem is considering it two movies (you know, because it was released that way…) and not as one super really long movie. But in that case, overall it might have been better to just make it like a long three hour movie instead of a little bit over four hours overall. I guess it is because it became more of a biography and really did want to talk about all of his exploits. Not just the cool shit. I respect that, but I didn’t care about most of it.

I will say his death was kind of bad ass, as were his escapes. I also loved that everytime he got caught he was generally happy. Posing for the press, making great courtroom stands and what not. Then you know, escaping. Well done Mesrine.