“Why the fuck are you reviewing Mega Shark Vs Giant Octopus?” – Reader comment immediately.

Because I bought this and another Mega movie on Blu-Ray about a year ago, for only $5 each. Huge deal. So I said sure why not! Yes, I know this is a terribad B-movie that most people would only enjoy for the aspects of making fun of it. But hey, I figured it had to be at least a little bit entertaining, right? I mean. A mega shark. Is it bigger than a giant octopus? How big is a giant octopus? What the hell is a mega shark?

I figured maybe these questions would be answered for me, and some cool fight scenes and that’d be enough. 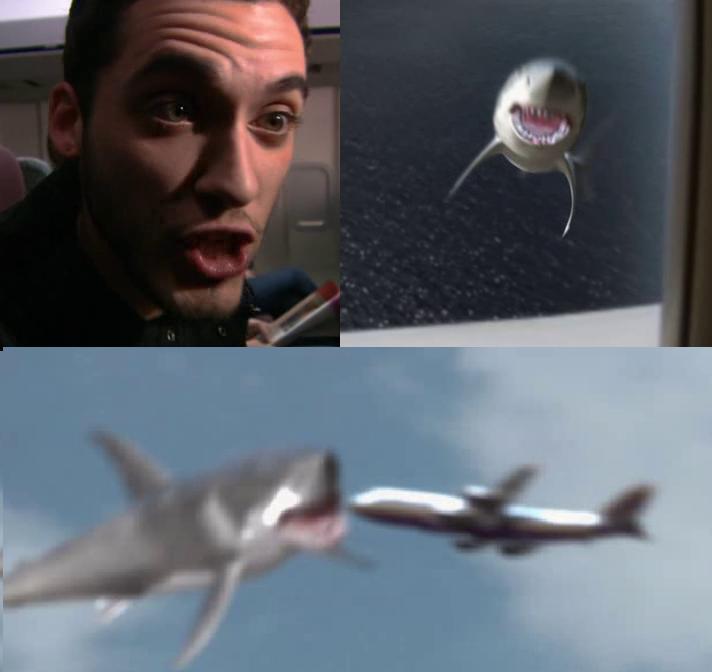 Lets assume this scale stays the same throughout the movie.

What’s to say about the plot? Deborah Gibson is a scientist (hahaha) and studying Whales off of Alaska or something. But during it, the military also undergoes some sonar testing, causing the whales to flip their shit and run into the nearby glacier. Also the military helicopter crashes, and hits the ice berg, causing it to break open and release the stars of the movie. Despite being natural predators of each other they apparently go their own way and fuck up shit on different sides of the Pacific ocean.

Gibson finds a shark tooth and according to an adviser/former pilot Sean Lawlor, it belongs to a species that went extinct 1.5 million years ago! A Japanese scientist comes to help investigate too, Vic Chao, thinking that it is the same thing messing up Japan. But hey, turns out two creatures. They are then all recruited by the military, Lorenzo Lamas, to stop the creatures, but prefer to capture them alive for studying, not killing.

Shit goes down, plans don’t work, and eventually they realize they have to bring the creatures together. Maybe they will kill each other, or at least one of them will be killed in their fight, and that will solve all of their problems. 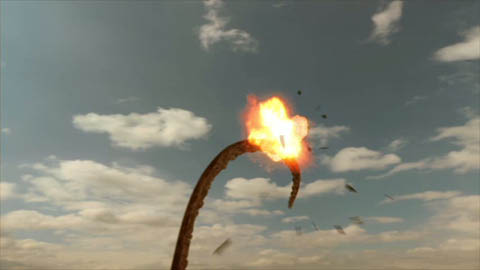 The octopus has a tentacle big enough to smack a jet out of air, while the shark we can see the whole size of, has to jump up high to get the plane? Size wise, the Octopus must be enormous.

Cheesy B movie, bad science, etc. All of these exist, yes. But, what I expected from it was to see some hardcore Mega Shark vs Giant Octopus action. Not sure why, maybe because of the title.

Most of the movie has them doing nothing with each other, and military people or random civillians getting destroyed by them. Nothing too graphic either, a lot of shaky cam, just missed the action, stuff. But then when they finally do fight, it too is disappointing and kind of hard to figure out whats going on.

What I am trying to say is that in a movie with two giant sea creatures battling, I was bored. INCREDIBLY bored. Throughout the whole movie, waiting for something cool to happen.

What the hell? That shouldn’t happen in a movie like this. Its only redeeming quality should be the entertainment aspect, and it failed miserably for me on that. Fuck! I hate being bored for 90 minutes like that.