I am a huge fan of The Purge series. Or at least the first one, which I still think is the best, and The Purge: Anarchy. And The Purge: Election Year didn’t live up to the first two for me.

Anyways, because of this I was actually excited to see Meet The Blacks. It had virtually no advertisements, opened in only a little over a thousand theaters, and I think quickly left them. And now it is out on DVD and again, no one really knew anything about it.

I also would have ignored it, but someone else let me know that it existed and was actually a spoof on The Purge films. Shit, The Purge came out in 2013. How did it take three years for them to come out with a spoof film? It is just about the first film too, so just seems weird for such a delay. 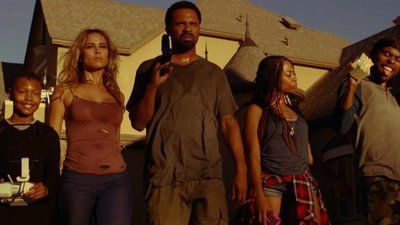 And here is clearly a scene from the ending of the movie. Spoiler?!

Carl Black (Mike Epps) just wants to make a better life for his family. Sure, they have been living in the wrong part of Chicago, he has been super in the drug game and been a real dick, but he just wants what is best for them. So when famed criminal, Key Flo (Charlie Murphy) is getting sent to prison for a few years, Carl grabs a shit ton of his cash and moves his family out of Chicago.

His family involves his new wife, Lorena (Zulay Henao) who is notably white, his daughter (Bresha Webb), his son who pretends to be a vampire (Alex Henderson) and cousin (Lil Duval). He gets them a sweet crib in Beverly Hills, a gated community, basically all rich white people.

And they are there right before The Annual Purge. Carl says rich people don’t do the purge, so they don’t have to worry. But they have made enough enemies in life to come halfway around the country to kill them. Let alone the racist old white people who don’t like their new neighbors.

Now they just have to survive the night and each other. Starring Gary Owen and George Lopez as President El Bama. 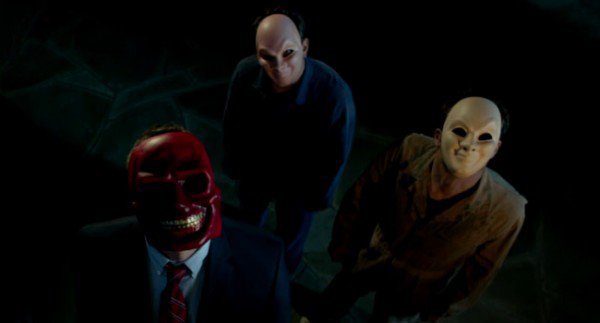 Whatever joke I made for this pic in The Purge, you should assume I said it here as well.

I went into this movie expecting a bad movie, but I honestly still expected to be better than what I was given.

Most parody films have sucked, a lot, in the recent years. They do bottom of the barrel jokes. They make references and think references to film and pop culture are good enough when it comes to humor. Meet The Blacks couldn’t even do that much.

For a 90 minute film, it dragged and dragged to set up the family and their situation. So much that the actual purge didn’t begin until about 43 minutes in, basically halfway. Shit.

And the purge part also dragged. They had a lot of different people coming after them it turns out, so each character had its own scare and introduction, story of why they were mad at Carl Black, and then altercation. It didn’t flow well at all. The film became just more and more ridiculous people looking for more petty revenge.

Damn was it boring. Damn did it suck. Damn did it no make me laugh at all once. At least Fifty Shades of Black, also out this year, made me laugh occasionally. This one has unlikable characters, unnecessary amounts of backstory and talking filler.

A good movie can make dialogue work. This dialogue just felt like they were stalling. It was a low budget film not getting a lot out of its budget.