Not much information existed about the film Me Again before I watched it.

Here is that IMDB synopsis:

Things don’t go as expected when a disenchanted pastor wishes for a different life.

Well, alright. Could be interesting. And what’s that? Ali Lartner is in that? Hells yeah I will watch it! 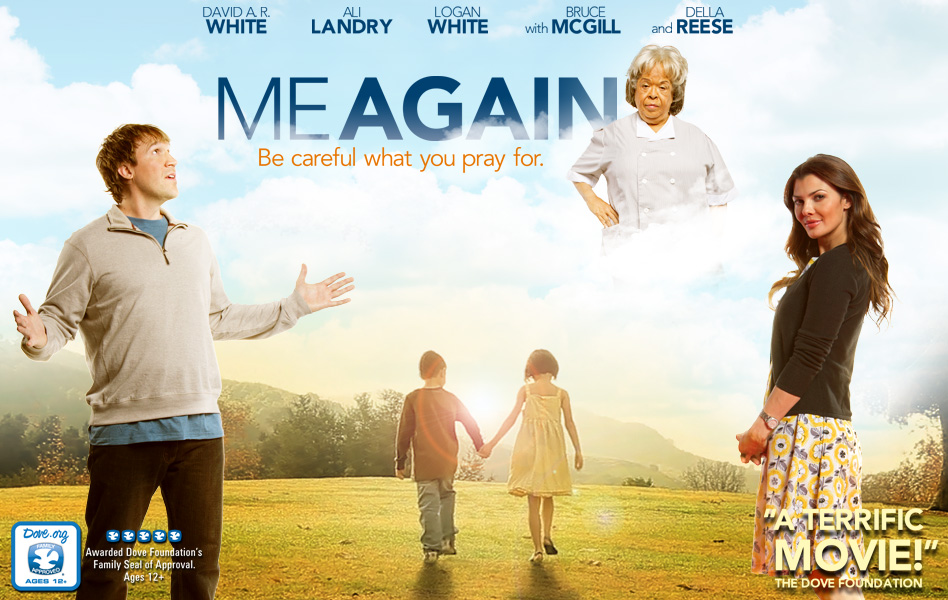 I mean, what’s the worst that could happen?

Wait a minute. Ali Landry? Fuck, I was wrong already.

So we got this pastor, David A.R. White, who is down on the slumps. Something isn’t going right with his life, he is seeming miserably and giving bad speeches. Oh whats that, he is separated with his wife, Ali Landry, and three children? She wants a divorce? Something about him never finishing anything, and his mind being absent. He is all lame. But somehow, after prayer, and a bunch of other weird stuff involving this Big Earl commercial on tv (Bruce McGill), he wakes up and finds himself in a different room.

In a different body! Somehow or another, for a week, he finds himself changing bodies with people he knows and some he doesn’t. From wealthy business owner, to starving model (Logan White), to goldfish, to baby of a couple, to boyfriend of his daughter, to his own wife! He can’t explain it, and can’t stop. The only person he is able to contact during this is his best friend, Tommy Blaze, who eventually believes him, mostly when a model actually decides to talk to him. He can’t explain it either. 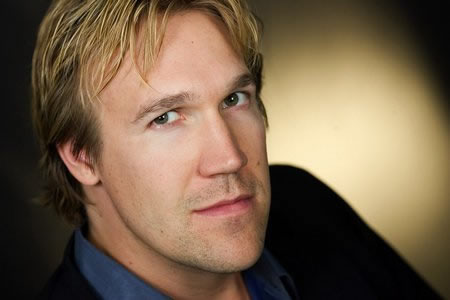 Also the main guy looks like a weird clone of Aaron Eckhart. So there is that.

So uh, definitely didn’t go the way I was expecting. Body changing and all. During this whole time, his actual body is doing stuff, and existing, but being the same amount of lame he used to be. It isnt explained what happens to the people when he takes over their body at all, and does its best to ignore it.

The comedy is bad, and alll of the dialogue is bad. All of it. It was cringe worthy! It was almost horrifying.

Morals are all wrapped up nicely at the end, as he fixes up his life and at least 3 of the lives he visited. But it was a pretty lame movie overall.