Surprise, surprise. That was my emotion when I left The Maze Runner movie last year. Going into it, I thought I would hate it. I thought it would just be another terrible young adult movie adaptation that a company wanted to film to get that sweet post-Twilight money. It had a laughably bad trailer with some cringe dialogue, but I left it excited and wanting more.

Sure, I knew that whatever happened, there should be no more mazes after the first one, so calling it Maze Runner anything afterwards doesn’t make a lot of sense. Blame that on the author not coming up with a better series name.

This time, for Maze Runner: The Scorch Trials (dropping the “The” was a solid choice), I am going in basically blind. I haven’t seen trailers for it or TV spots. I just want it to surprise me with whatever else is going to happen. This review is also so late because I wasn’t able to attend the press screening for the film, because I instead saw The Visit. Regardless of what has happened, this franchise has gotten some money out of me. 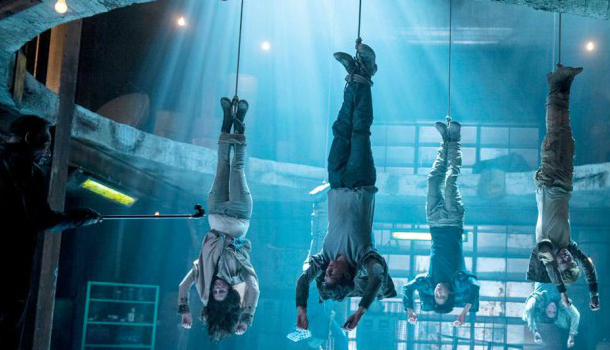 They don’t have to tie me up like these poor saps. Besides, I don’t carry loose change.

Remember where we left off? We got out of the fucking maze, that’s what. The evil Corporation WCKD (Wicked) who was testing on them have been killed and resistance group has saved them. Yay!

Or are they really the good guys? The first film already implied they were bad, so things shouldn’t be too weird to assume they are indeed bad. Even though they are being taken care of by the wonderful Janson (Aidan Gillen). The surviving crew is immediately debriefed, checked up physically, and welcomed into the facility. Forget who we have? Well, there is our main dude Thomas (Dylan O’Brien), the certifiable GOAT Minho (Ki Hong Lee), the minority, Frypan (Dexter Darden), and the sweet one, Newt (Thomas Brodie-Sangster). Yeah, I too am surprised at how few of them made it out. I really thought there was more.

Oh yeah, and then there is the woman, Teresa (Kaya Scodelario). She doesn’t have a lot of personality so I forget about her.

Needless to say, bad things happen at the new facility, so Thomas and Crew end up escaping. They gain the help of Aris (Jacob Lofland) and Winston (Alexander Flores), who helm them realize this place isn’t good. They are collecting kids from all over these mazes for some …wicked…reason.

Now they have to go into The Scorch, the name for the desert, and survive against the elements. And against the Cranks, which are like the infected humans that they are immune to. Basically zombies. Then they basically go from area to pre-established area, each with their own notable leader, who have their own new world agendas. They are kind of like a fleeting Rosencrantz and Guildenstern. 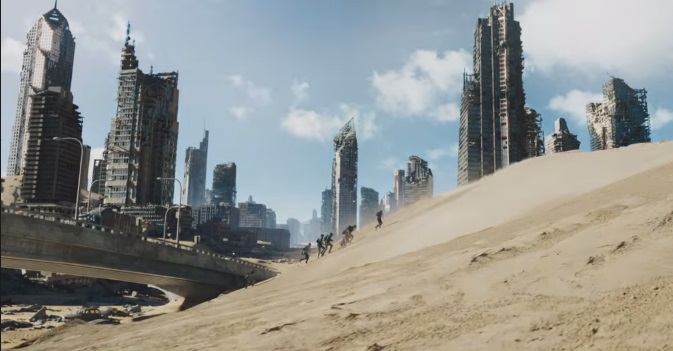 But first, they are going to get sand in every nook and cranny.

At over two hours, The Scorch Trials thankfully tries to fit as much as possible onto the screen for us viewers. So much that it is hard to imagine the film as a whole. I’d rather break it down, which means I am going to make another Likes and Dislikes list. Last time I did this was with Avengers: Age of Ultron!

This may read as being a bit nitpicky, but in all honesty, there were a lot of cool moments, and a lot of bad minor or stupid moments. After a second movie I feel like I should actually know more about what happened on this planet. If there is one movie left I feel like I should know more about their overall end goal by now, instead of running around like headless chickens.

I was pretty sure I would have given this film a 2 when I started writing it, because at least I was entertained in the film and I was even scared at points. But a disappointing finale, along with a lot of scenes that made me tilt my head in confusion, leads me to realize this is poorly put together. When your film starts to break down once you think back on events and plot points, that is never a good sign.

Hell, this is the same reason why the last Transformers movie got a 1 instead of a 2. Plot doesn’t hold up. Hopefully the third movie can restore some sort of awe and greatness to this franchise. And, you know, not just be a spray painted golden turd.