Skip to content
HomeUncategorizedMan vs Snake: The Long and Twisted Tale of Nibbler

Since the dawn of time, Man has grown to be a species that wants to be the very best. Like no one ever was.

Best at what? Well, anything really. Best eaters, best sleepers, best non-sleepers, best money makers. There are competitions everywhere about anything. But then the video arcade machine was developed, and the youth of America had way to spend their quarters. Games meant to be tough, meant to be quarter thieves, meant to be unbeatable. But then people “beat them” and smashed records.

The King of Kong: A Fistful of Quarters came out almost a decade ago, highlighting the competitve arcade movement from the 1980’s and how goals were still being achieved today. We learned about Twin Galaxies, the official world record keeper of arcade games and number one host of tournaments.

From the tiny town of Ottumwa, Iowa, legends were born. And with Man vs Snake: The Long and Twister Tale of Nibbler, a new legend (old?) legend will be highlighted ad so will his return for the quest of glory.

It all started in the summer of 1983 for Tim McVey, no, not the terrorist. He walked into Twin Galaxies, saw Tom Asaki (current World Champ at Nibbler), playing a really long session of the game, and noted that he could beat whatever score Tom got. Of course, Tim was just being a shit head. He had never played Nibbler before. But he decided to put a quarter where his mouth was. And by January of 1984, Tim had completed the first ever 1 Billion point score for Nibbler, all at the age of sixteen. 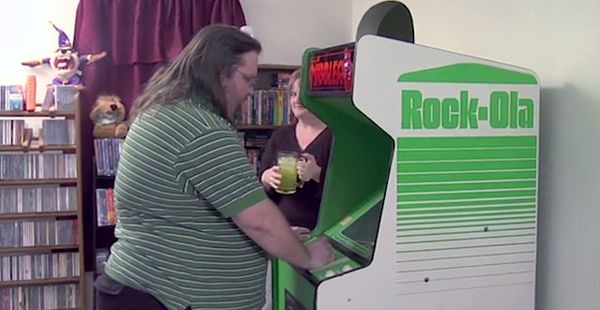 But people who game change over time, it is said.

Nibbler was awesome in that it was the first video arcade machine to even have 9 digits, just teasing people that they could reach a billion. But to do so requires a marathoning session, of about 35-36 hours. Nibbler is also great in that you can earn lives for playing good. So once a player gets over 100 lives or so, they can just walk away from the machine, grab some food, use the bathroom, etc and let their lives go down. It isn’t as unforgiving as Donkey Kong.

What Tim never knew is that later in 1984, Enrico Zanetti, a kid in Italy, allegedly broke his high score, but it was never really counted in the American scoreboard thanks to a lack of publicity as he did it.

But now, in the mid 2000’s, Tim finding out about the score and how he kind of really didn’t have the record for the last 20-30 years, wants to prove he still has what it takes. But he is old now. He has a wife, a dog, a 40 hour a week job. He has gotten out of shape, and honestly, you need to be in some amount of shape to stay away for a day and a half.

He also now has competition. A video arcade expert out of Canada, Dwayne Richard, is challenging him to a marathon, where they would push each other’s limits and aim for the billion again. But as it is real life, problems occur, goals are failed, and shit happens.

The documentary is about Tim wanting to prove he is still the best, even if it is just for a little bit. 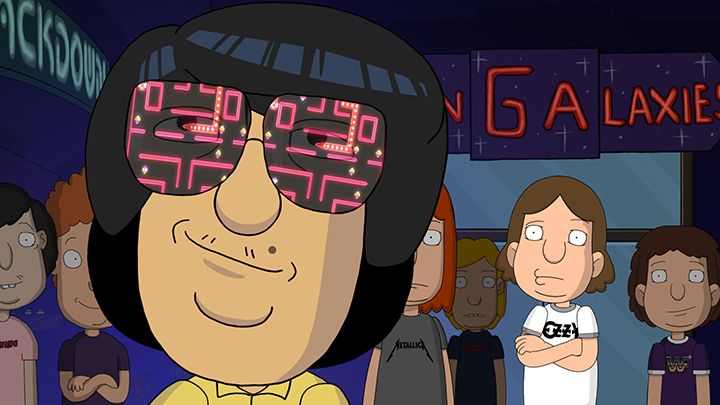 “One day, I am going to Nibble out the competition in Nibbler. And nibble that score down point by point. An nibble this here cookie.”

I loved Man Vs Snake, surprisingly a lot. I wasn’t super fond of King of Kong. The whole thing felt a bit unbelievable, the “bad guys” felt cartoony or like they were intentionally edited that way. In a way, Billy Mitchell (mullet gamer) and Robert Mruczek (ref guy) from King of Kong seem like completely different people in this documentary, like it was also made to help redeem them and their organization as non-shady people.

But in Man vs Snake, it isn’t about a guy going up against a whole organization of people, or just a particular shady player (although there are some slight hints in the documentary). No, it is about Tim really playing against himself. Proving that he is still worth something (in his eyes) today like he was a kid. After all, he already broke a billion. He was the first to do it in the world! So who cares if he does it again and adds a couple million to the score.

And also, in a way, this documentary is about love. Both from your spouse and your friends, encouraging your loved ones to reach their goals. A sort of good will spirit towards your fellow man. There aren’t bad people in this documentary. Just people who want everyone around them to give it their all and break some god damn records.

Man Vs Snake, definitely watch it when you can. It is a bit of a roller coaster ride, but in my eyes, better than The King of Kong.