With a title like Majorie Prime, it in two words somehow perfectly describes the different aesthetics of this film. Despite prime really just being a math term, it also can conjure up Sci-Fi feelings, which is one of the two aspects. The other word, Majorie, is an old as fuck lady name. It hasn’t been used in forever. Old people aren’t in Sci-Fi movies, they are in dramas.

So we got ourselves an old person drama Sci-Fi. That means it is a Sci-Fi film about death, probably.

And yeah, knowing all of this, I figured it was an indie movie, and a Sci-Fi film, so it had the potential to be really great, without actually knowing anything about it.

“Let’s talk about our feelings and count this as a Sci-Fi!”

Learning to let go of loved ones can be a difficult thing. Thankfully, at this point in my life, I really don’t know that. In the near distant future, technology has grown enough along with artificial intelligence to make the transition feel a bit smoother.

You see, you can make a robot that looks and smells like you past loved one after their live. You will fill them with memories that you want them to know, and then you can just talk to them. You can tell them more stories, they will learn from you, adapt and grow with you. And better yet, they will be nostalgic with you to tell you stories that will make you feel better, ones that you originally told them, but from their point of view. It will feel real, it is kind of real. And best of all, you can get things off your chest for closure reasons if you never had a chance.

This is usually reserved for spouses. Like Majorie (Lois Smith), who is getting old and losing her memory. So her daughter Tess (Geena Davis) sets her up with one of these prime bots of Majorie’s husband, Walter (Jon Hamm) except she chooses a much younger version of him. It helps her a bit, but the memory loss is still there, so much that she even starts to forget her husband isn’t real.

But is it helpful for real? Does having a prime unit in your house actually help you? What about more than one, assuming you lose a lot of loved ones? Will it turn people into isolated recluses, will they feel better, or will it just lead to more issues in the future? 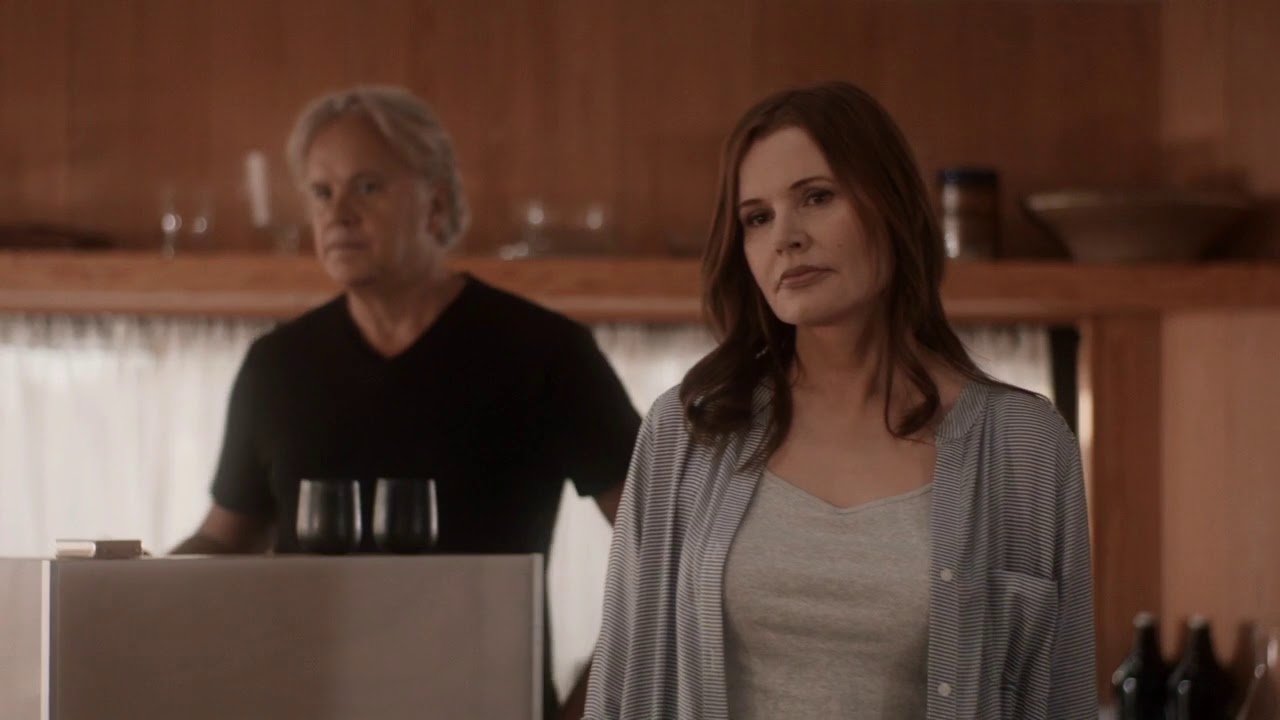 Basically, it is a more dramatized (if that is possible) Blade Runner.

I love a good movie that is 95% dialogue, I really do. Locke was one of my favorite movies in whatever year Locke came out, thanks to the wonderful Tom Hardy. I knew that this film would be dialogue heavy, but I didn’t know the real reason behind it. This film was actually based on a play of the same name, so it took some effort to get pictures from the movie version.

Knowing it was a play makes so much more sense. Literally most of the film is usually two people just talking and recalling events, events we are really only sometimes aware of and can have a real context for.

And although the ending had a really cool moment, and this film featured at times some intense acting, it didn’t feel like the time was worth the payoff. I ended up describing the entirety of the film to my wife, only because the ending moment was interesting, but I knew that her time was more valuable than taking the 90 minutes to get to that point.

It deal with a few good concepts, about aging and what it means to be human. But it never feels like it goes hard enough. Oh well, when the end of the world comes due to the AI take over, we will know now that the robots will have old people names, like Walter and Majorie.