There comes a time in every reviewers life when they have to watch a movie about Male Strippers. It isn’t a common topic. We got The Full Monty in the 90s, and then Magic Mike a few years ago, so we all just assumed it would be another decade and a half before a new one came along.

But Magic Mike was certainly popular and certainly made a lot of bank. And for good reason! It was the beginning of the Matthew McConaughey road to greatness. And it was directed by Steven Soderbergh! And yes, sure, some good dancing.

And to top it all off, Soderbergh is only the Executive Producer, Cinematographer, and Editor of this movie.

Yep, clearly Magic Mike XXL is going to be a wildly different film. 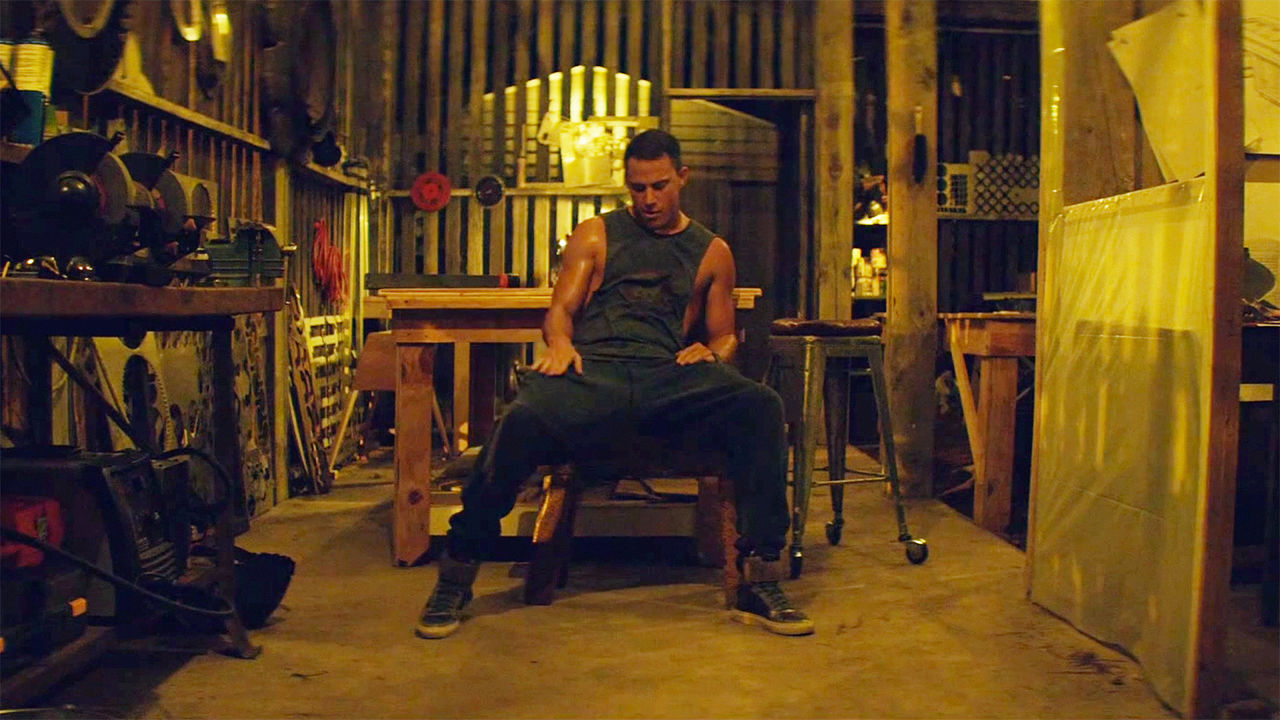 Three years have passed since the dangerous and deadly events of the first film. Mike (Tatum) is no longer magical, after leaving the world of Male Entertainment behind and focusing on starting his own business, making things with wood. After these few years, he has one employee and times are still tough. But at least he gets to keep his clothes on, and only has to dance in his workhouse, alone, late at night.

But then the gang is stopping by the city. I’m talking Ken (Matt Bomer), Tito (Adam Rodriguez), Tarzan (Kevin Nash), Tobias (Gabriel Iglesias), and of course Big Dick Richie (Joe Manganiello). No, not Dallas or the other guy. They apparently closed shop and moved over seas for that foreign money, leaving the rest of the gang jobless and forced to find new passions in life.

However, before reality sets in, they are going to the Male Entertainment competition conference thing in Myrtle Beach, where groups of men dance and strip for hundreds of ladies. It is a big event and they want to go out with a bang. And you know, tons of dollar bills.

They just have to get there first. And this road trip will have them stop at a few different types of clubs, meeting new people for their crew/team, and maybe even having the men discover what they want to do after they are done male entertaining. 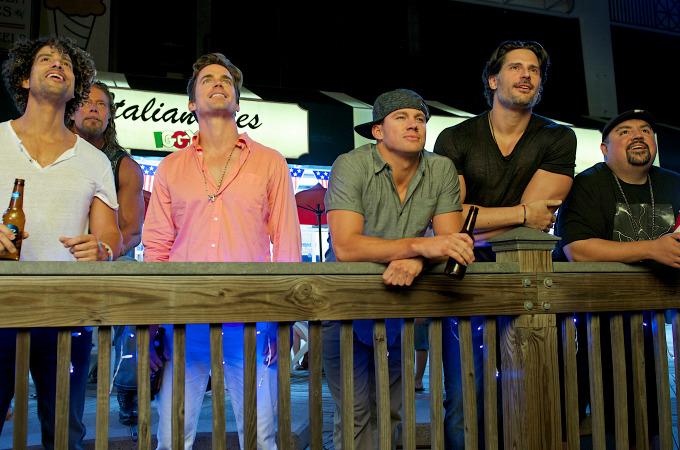 I didn’t actively avoid shirtless pics, but the one group shot the internet has sans shirts is terrible!

Let me start this out by saying that Magic Mike XXL is a better movie than Magic Mike. And I have quite a few reasons too!

1) The sequel has more dancing. That is fantastic news, because that is one of the main focuses of the film. The worse Step Up movies are the ones that try to have too much plot and not enough booty shaking. I want to see awesome dances to hot beats, damn it, and there is a whole lot of that in this movie.

2) There is no Cody Horn in this movie. None. Not even a picture. Just a few references. She is out of the picture and was by far the worst part of the first film. And the film elevates because of it.

3) The other dancers have personality. This could be partially true about the first film, but I don’t remember that much at all about our other male dancers. It was all about Magic Mike and that new guy. The other dancers all feel like real people, and it was fascinating seeing them all get their moments, have their own unique dances at the end, and really bond with them. The male bondage in this film is extraordinary. They all feel like real friends and they have great chemistry.

And really, that is all I need. Sure, some parts of the movie get really awkward, and maybe some of the dancers are far far too sexual for my tastes, but I am able to forgive most of that. The romance in this film was bad, but not as bad as the first.

This film actually left me wanting more from these dudes, seeing how their lives turn out since they are more than just background characters now. Especially Big Dick Richie, who had the best subplots in the film.