Love Sick Love is not the first movie with a man duct taped to a chair on the cover that I have decided to watch randomly.

No, that would be Serious Moonlight.

Or maybe I just like it when women duct tape their significant others to chairs in film? 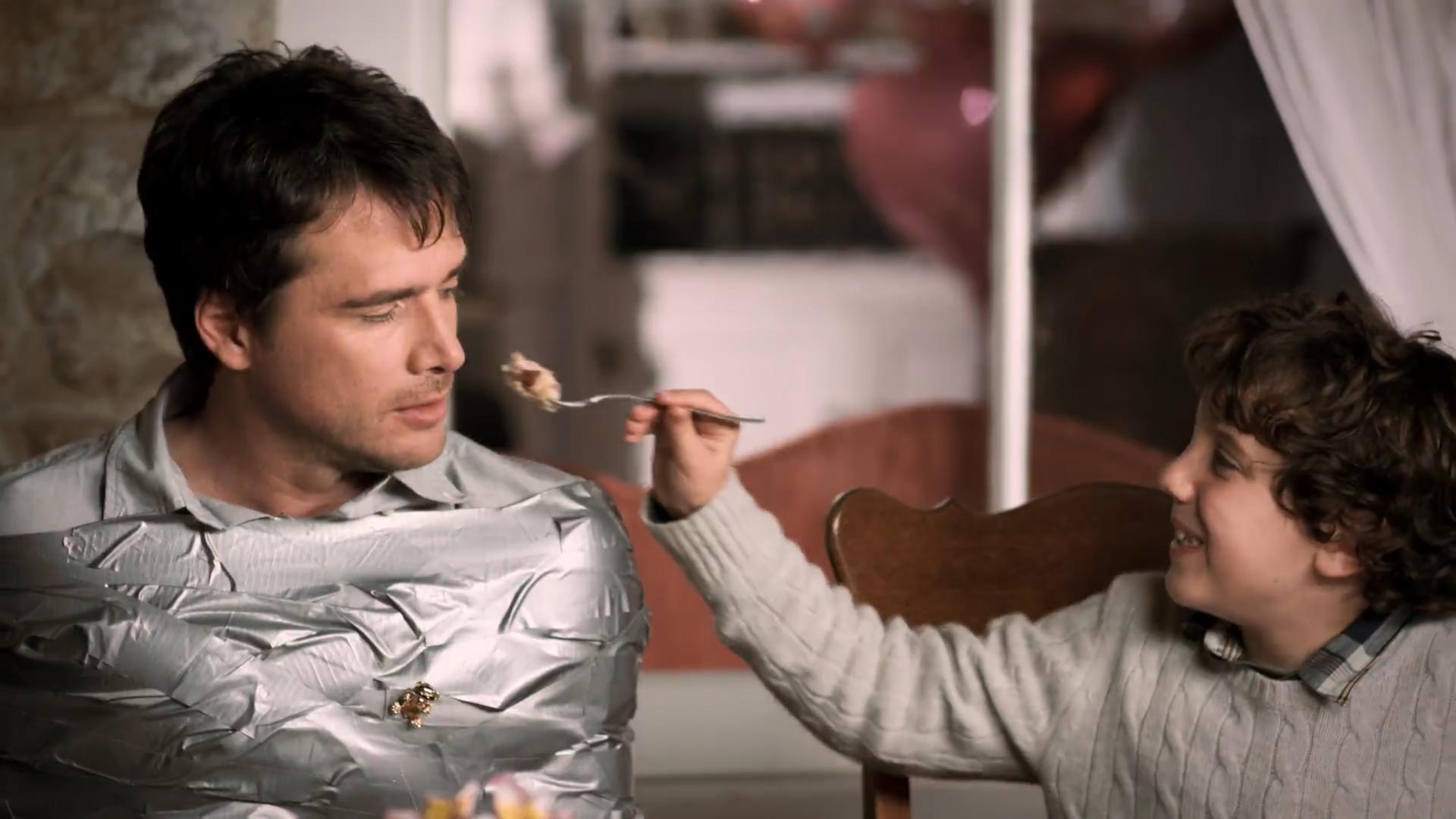 Oh shit, this one has kids!

Norman (Matthew Settle) has got it going on. He is decently wealthy, one of those guys who buys up foreclosed homes, fixes em up, and sells them back for profit. It is going excellent. He also has been seeing a few ladies on the side, nothing serious yet. Like Dori (Katia Winter). They have had a small sex based relationship for about two months, every once in awhile, nothing serious yet. So he doesn’t mind that she invites him up to a cabin for the weekend. It will be fun and exciting.

Even if she says that she loves him on the first night. Not what he expected, but whatever. The next morning is awkward too, because he hears kids running around. This is not what he expected this weekend to be like, babysitting kids. But they are her kids. A boy and a girl (Dean Kapica, Lindsay Rose Binder), about 7 and 10. That is one way to surprise him, I guess. For some reason they all have Valentine’s day based gifts too, even though it is in July. This bitch is crazy.

Not only that, but how did the kids get here? Of course. Her parents (Charlotte Rae, M. Emmet Walsh) are here too. The fuck?

Nope. Nopenopenope. He is getting out of there. Except for his car steeling wheel seems to have been sawed off. And he has no cell service. WHAT IN THE FUCK NOW HE IS TIED TO THE BED? And they are celebrating Easter?

According to Dori, you don’t know if you are really in love someone until you spend all the holidays with them. So she is going to speed things up and give them a holiday a day. But if he isn’t really ready by New Years, well…

Jim Gaffigan is in this movie. But he isn’t funny. He is just a coworker friend who said don’t go on that trip. That trip is dumb. Good ole Jim. 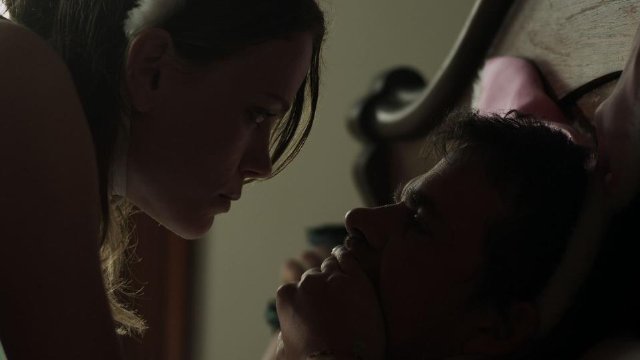 Normally Easter on its own its torture enough.

The film certainly escalates. It starts with a girl being potentially too attached. Then kids and grandparents. Then car. Then the next thing you know he is hit over the head and tied to a bed. But it could get worse. He could get tied to a chair. Or shackled to the floor. Or chained up by his neck with a shotgun pointed at his face.

Oh dearie me, all of that is exactl what happens.

But the part that makes it more fucked up is that somehow the kids and grandparents are involved as well, the kids probably thinking it is all normal. I love the explanation for why Dori does this to men. In her situation, finding the right man IS hard, and she won’t have her looks forever, so she might have to speed it up to make sure the men will love her for her, and not just if she is pretty.

I am not agreeing with the actions in the movie, just noting they make sense.

And honestly, this film was surprisingly entertaining for its premise, and I’d watch it again.