So the first thing anyone would notice about the title is the N in Love N’ Dancing. What the heck is that shit? That better have significance to the story somehow, and not just some dumb way of doing ‘and’.

You will be disappointed. 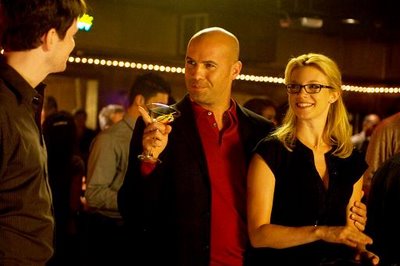 Look at that. True love and shit. Maybe.

Turns out wikipedia doesn’t always do a good job of explaining the plot! Here is the full outline via wikipedia:

Love N’ Dancing is a 2009 dance film about a couple who take part in a dance competition.

Yeah, sounds a bit like a shitty book report from someone who didn’t read the book.

Jessica Donovan (Amy Smart) is a school teacher, kind of nerdy (glasses!) and is upset that the speaker about to talk seems to be ignoring her, and her fellow teacher (Caroline Rhea) just laughs at her. Why? Dude is deaf! Has hearing aids for something or another, but gets most of his speech through lip reading. It was a gradual deafness, so he can talk and everything correctly.

Jake Mitchell (Tom Malloy) used to be a professional dancer, mostly swing, with his partner Corinne Kennedy (Nicola Royston) . He thought too many people focused on his upcoming hearing loss and eventual deafness, and he was winning events unfairly because of it. So he has quit, put that behind him, now a motivational speaker about disabilities and runs a dance studio. Dance studio!?

Jessica wants to dance. Preferably at her wedding. She is getting married to super rich, always busy Kent Krandel (Billy Zane), and money is no option with this guy. Paying for lessons for their wedding? Sure, if he can ever make them. Obvisouly their relationship isn’t too good, but the one between Jake and Jessica is growing. He wants to enter her in a beginners dance tournament, where she’d dance with her trainer.

But after he gets jealous of his partner, he says fuck all that shit. He wants to try a real competition anyways, with Jessica even if she is a beginner. They might not be as talented, but what they have is that chemistry! So they do that sexy stuff (don’t worry, she already dumped Kent eventually) and go for the gold! Also there is a very strange side story involving the other (lesbian) trainer, Danielle (Leila Arcieri), and their secretary (Rachel Dratch). 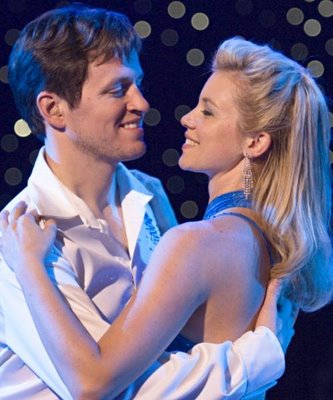 See? Now that she has contacts, she can be free!

Gah. No one had a first or last name in this movie that began with an N! No reason at all. Booo you title, boo!

The acting in the movie is pretty bad. No one felt like they cared. Felt like the most effort was put into it by Zane, on trying to be a big asshole. Was still super stereotypical in the role as “guy always on the phone and not caring about loved ones”. Did have a weird scene later at another persons wedding, where he danced a lot, as part of a competition, and didn’t make much sense to me at all, based off his earlier reactions to dancing.

Also how deaf the main guy is seems to change throughout the film. No real standards are set. Also the dancing never swept me off my feet, always just seemed okay. Also blah.