Skip to content
HomeUncategorizedLord of the Rings – An Experience

For whatever reason, it has been a shocking fact amongst my friends that I have only seen each of the LOTR movies only once. Each one in theaters, so obviously the theatrical version, never the extended. It is already super fucking hard for me to watch a long movie, and the idea of watching all 3 ended ones in a day just scared me. Scared me more than hippos. Which are pretty damn scary, so you know how scary this idea was to me.

But hey, in honor of The Hobbit remake, why not go to the theaters to see all LOTR again, but extended? In a day?

Why not record my thoughts based on minutes into the film too? I mean, what could happen?

For more info on the event itself, the entire day pass was for $25, came with a lanyard, was going to include special introductions from Peter Jackson, and concession discounts! We are talking $1 refills on drinks (normally no refills), refills on popcorn (normally none), cheaper ice cream, and $2 hot dogs (Versus $4 normally!). All we had to do was stay in the theater for 12.5 hours, how hard could it be?

000 (0:00): Time to start this shit! I got my large drink ready to go, no food yet. Too early. I mean, its 11am, but I of course ate breakfast before this! Yeah. I made the unfortunate mistake of sitting in the middle of a row, but hey, if I have to get up to piss, stretch, food out, or just run around like crazy, I only have to pass one person. I am sure it won’t come up to negatively effect me. Hey, why was there no Peter Jackson introduction?

030 (0:30): Holy fuck, half an hour in, and Bilbo is finally gone. That is HALF AN HOUR of this weird nonsensical back story, then a bunch of shoeless hobbits running around, just, well, running. And doing nothing else. Damn it Bilbo, don’t you know this movie is not your time? This is the time for that little kid from The War! And Rudy! And good old Charlie from Lost! And uhh, some other guy who hasn’t one anything famous. 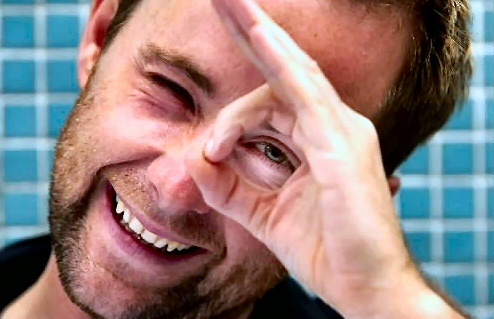 Alright asshole, for being so useless in any other show or movie, you can have a spot on this review.

054 (0:54): Oh man! Dumbledore and Count Dooku are in an epic wizard fight. Allegedly. All I see them doing is waving their staves at each other, close, but no contact, yet bitches be flying. They at least make it look real on the WWE, come on guys. Man up.

074 (1:14): So, this Man from The Road just took on five of those crazy dark wraith things, by himself. By himself! All Frodo did was sit there and get stabbed, like a bitch. It was like his third fall this series already, and he takes forever to stand back up. If that guy can take on five wraiths by himself, just imagine what they could do if the Hobbits actually gave a shit?

092 (1:32): AHHH, WILL TURNER AND COMIC RELIEF HAVE JUST BEEN IN A SCENE. EVERYONE QUICK. PAY ATTENTION! 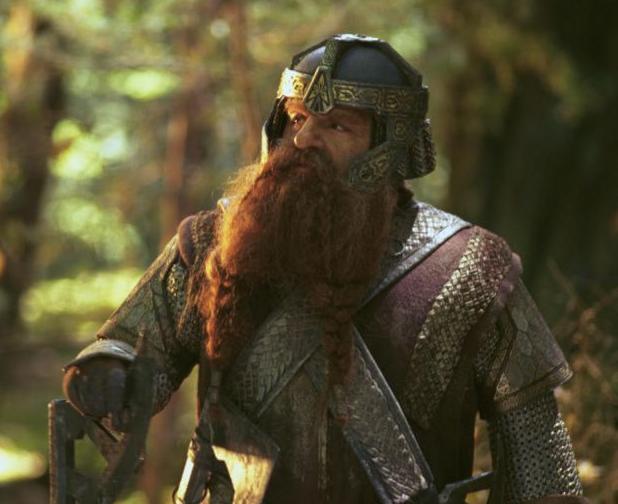 103 (1:43): Meme alert! One does not simply play a character if you are Sean Bean. You must experience the entire life and death of that character, or else. Double internet related time, we have motherfucking Figwit in the house. 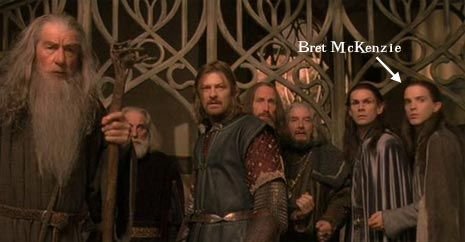 Once you go Figwit, you can’t go back.

147 (2:27): So, are all the meme and internet references in this dungeon? Because You shall not pass just happened. I could piece this part of the movie entirely through memes, and it bugs me.

164 (2:44): Alright, they are in this elf forest. I have learned something about this trilogy. Big elf parts are super boring. It is a shame there were no big dwarf parts. But the extended scenes must have just added stuff here, because I am going to die if these elf scenes continue to happen. 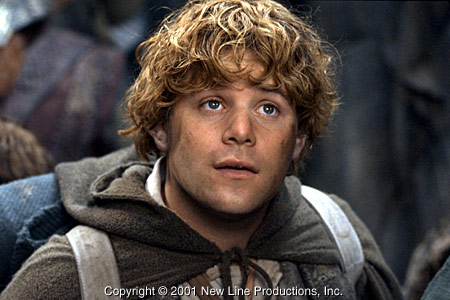 It’s all in his eyes. You can see it.
Lord of the Rings: The Two Towers

243 (4:03): The search for sustinance is going terrible wrong. The movie has started 7 minutes ago, we got a longer break than expected because of the no Peter Jackson stuff. The popcorn refill was a lie, there is no ice cream. The $2 hot dogs may have been a lie, because they did not prep for the LOTR break, when of course everyone is getting hot dogs. I bought two myself, and 7 minutes after it starts, after waiting for 35, they tell me I can go in the theater, and they will deliver it. Gee thanks. I only missed the best scene, the Balrog / Dumbledore fight scene!

Wormtongue? Come on Tolkien, why’d you get stupid there?

365 (6:05): There was another long boring part. I almost died. But thankfully, giant words just attacked everybody and I got excited again. Like, I was falling asleep.

415 (6:55): Another long moment of boredom, but seriously. Seriously. Shit is about to go down. The elves have come to the keep to fuck some shit up, so it might be entertaining soon. Maybe.

438 (7:18): OH YEAH. TREES ARE MAD. The Ents or whatever, I love it when they destroy all the shit. It is possibly my favorite scene in the movies. 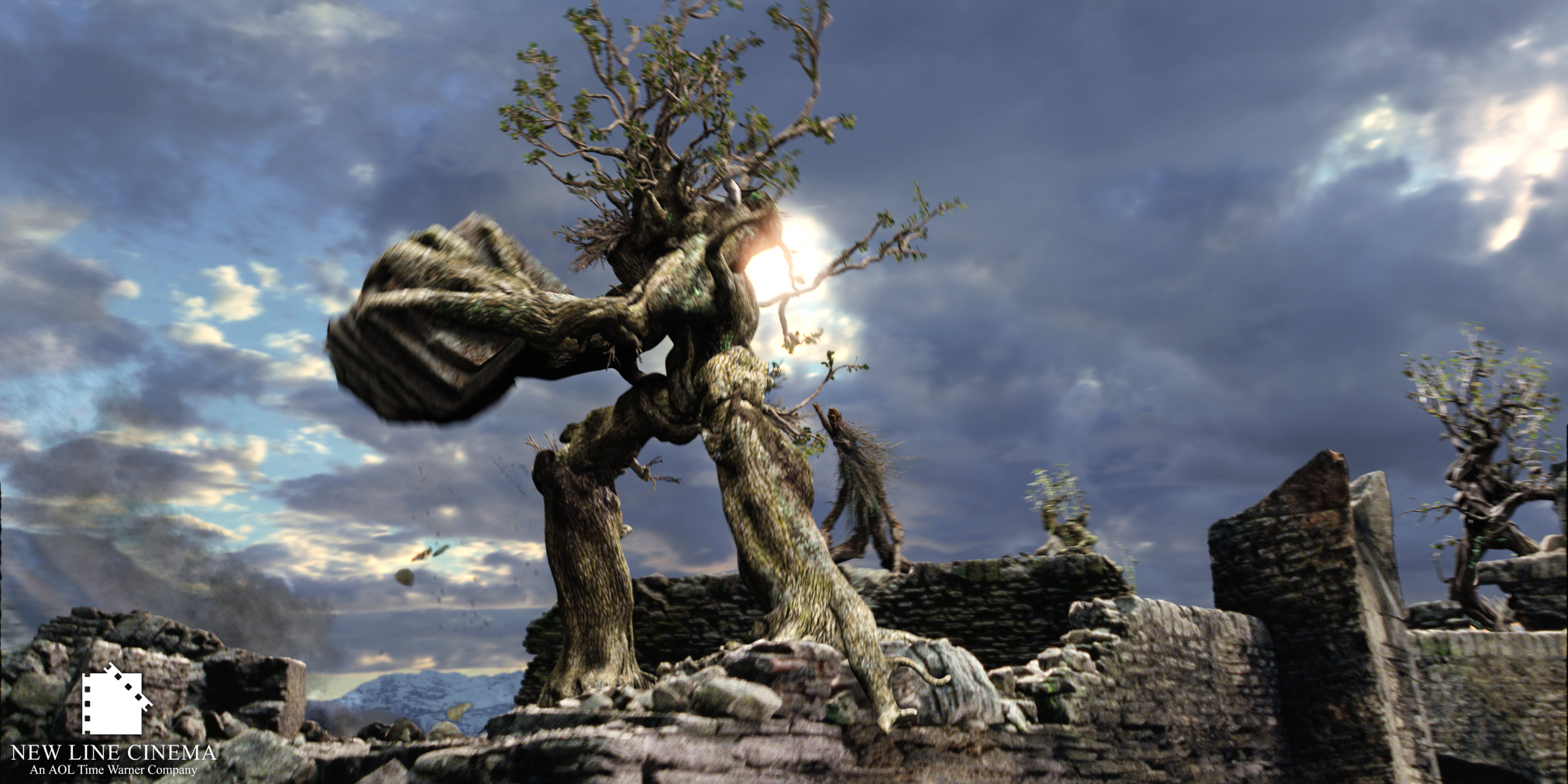 I wish this was the real life.
Lord of the Rings: The Return of the King

507 (8:27): The third movie started. Good news, I saw the beginning. We get to see Gollum‘s transformation, but not enough of the past to ruin the Hobbit for us. So no worries.

543 (9:03): Hey, speaking of Liv Tyler. It is Figwit again! Thanks to the internet, even gets some speaking lines this time. Hell, he even got a part in the Hobbit movies as another elf. Not Figwit, maybe an actual character. You can tell everyone is pretty pumped for that shit!

566 (9:26): What is this bull shit hidden fortress in Mordor? It looks like the Emerald City, if the Emerald City was taken over by the witch and her weird ass army. That is all I could see here. Secret passage way in the back, my ass. Gollum, stop lying to us.

L. Frank Baum would be suing some asses, if he didn’t die almost 100 years ago.

609 (10:09): This Aragorn and random blonde chick romance is getting kind of weird. She basically threw herself at him again, asked if she could do anything for him, despite his love of a certain elf. I thought for sure he was about to ask her for a quick BJ. 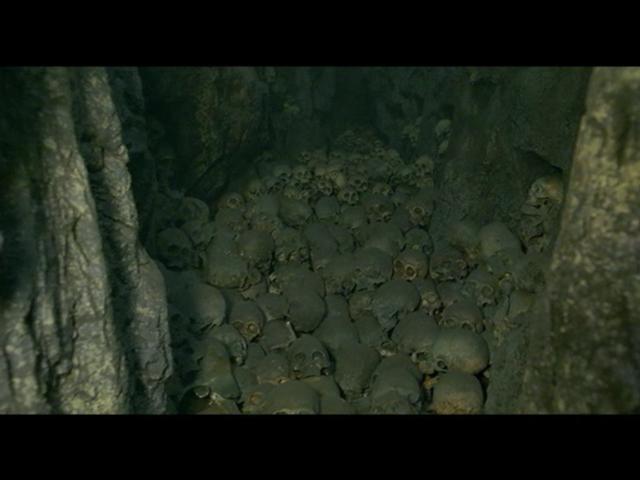 Yeah, definitely Skavalanche. No other term can do!

624 (10:24): So the dead army might have scared me a little bit. I dropped my pen. It is a dark theater, and a black pen. Whoops. But hey, Peter Jackson just got shot by pretty elf boy, which is awesome.

665 (11:05): You know what Return of the King reminds me of? Star Wars Episode III. Frodo is looking super Anakin like in that movie, all this magma. I thought I was about to hear samwise yell that he had the upper ground, and to call Gollum foolish. Holy shit, I wonder if they used similar CGI sets?

Is this not a clip from the end of LOTR?

Yeah its over! And only 12 ish hours of my life were gone!

Turns out these movies were much better than I remember. Not sure why everyone hates on the second one. I thought it better than the first, which just takes an eon roughly to get set up.

I finished the day with only five piss breaks, pretty proud of myself. I am just disappointed I got the 15 disk Blu-Ray set of the movies about two weeks before the event, because now I won’t want to see the awesome BR quality until sometime next year. There is a such thing as too many hobbits.

But be warned, if you do this stuff, maybe bring something else to do during the long boring parts. Or at least have a mini-Olympics in between movies, to get the blood flowing again. I am pretty sure there is no way the Hobbit movies will have extended versions. They already extended it from 2 to 3 movies, he can’t possibly have more. Can he? Can he?!