I think there is a lot of negative stigma in this country towards prisoners. I mean, if they go to prison, they deserve to be there, is the general rule of thumb. Which is why no one cares about prison rape/violence, and it has become jokes on themselves. But sometimes you get other points of view, like Oz, which dehumanize these practices and make them not a laughing matter.

And it can go completely the other way too. You sometimes get a movie where you are escaping from a future space prison, which has a zero violence record, like Lockout. 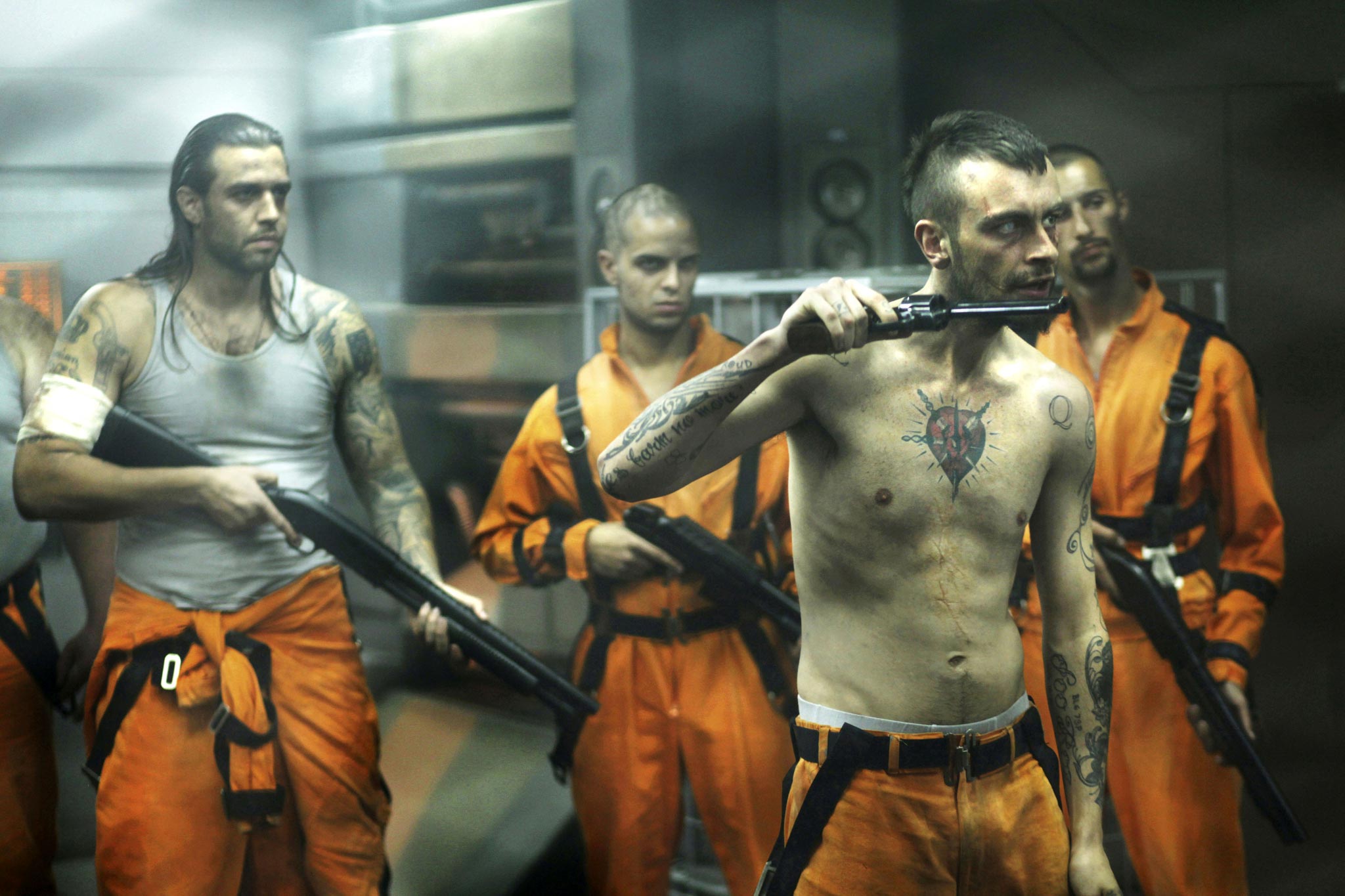 Pretty simple story. This is the FUTURE! CIA Agent Snow (Guy Pearce) has been arrested! He apparently murdered another agent who was undercover, who had evidence of a different agent selling secrets about the space program. Well, that makes it look like Snow is guilty. Snow is threatened to be sent to the space prison by Scott Langral (Peter Stormare) head of the secret service. So that happens, while Snow has one of his agent buddies Harry Shaw (Lennie James) go searching for the dead agent’s briefcase that may show him as innocent.

Speaking of the space prison, you are probably wondering how there is no crime or anything. Well, they kind of put them into sleep up there, and get woken up when they are done with the sentence very nice. But reports are that being in stasis might make them crazy, or get dementia. That sucks. Clearly the president’s daughter, Emilie (Maggie Grace), is the best person to send up there to investigate these claims. She wakes up and interviews a prisoner, Hydell (Joseph Gilgun), who as luck would have it is actually crazy! He escapes and releases all the other prisoners, and they also gain the president’s daughter and security team as hostages.

Either way, rescue attempt, escape attempts, maybe everyone is actually a bad guy on this prison, not just the prisoners. Normal stuff to wonder about in a space action movie. 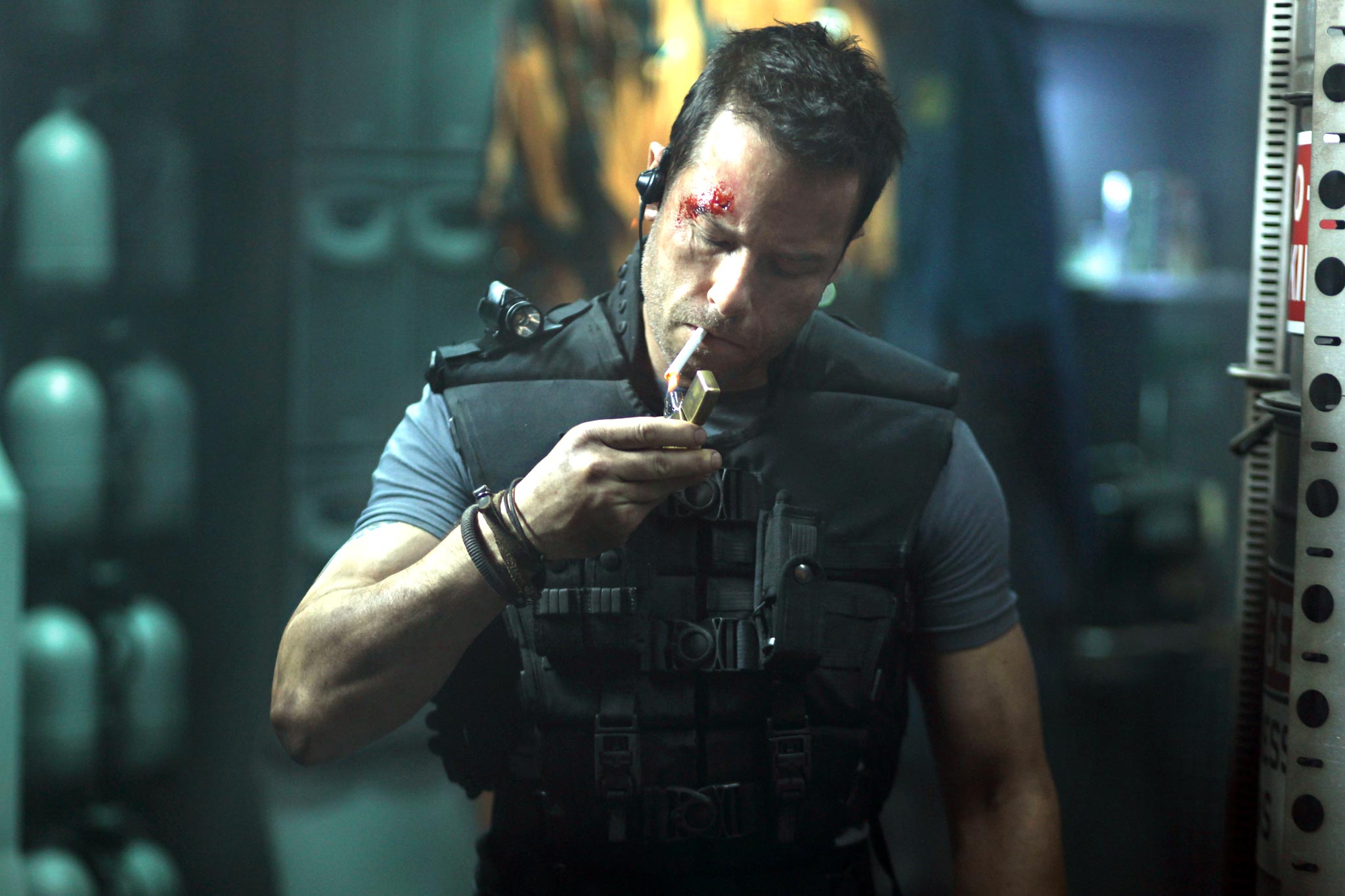 Always time for a smoke break when you are silencing an entire prison.

It really does take a lot more than just basic action to please me. By now, long time readers would realize that. I like action movies if they also have a nice plot or wonderful acting to it. But that is not how most action movies are made. And thus, they are dreadfully skewed on the scale at gorgonreviews.com. But hey, that is why they are my opinion.

I actually thought Guy Pearce did a nice job as a leading action star dude, but everyone else was a let down. And you know, shitty plot, some bad special effects that they didn’t work too hard on, and a pretty predictable-ish plot.

But fuck it, space prison, amirite?