I didn’t plan on watching Little Birds, it was right next to the movie I wanted in the store. But that movie was gone, so fuck it, why not. Could be good.

I will admit, I had a huge brain fart when I picked it though. I saw that it had Juno Temple as an actress in the movie, so I of course went, “Ohh, I love Ellen Page!”. Damn that movie Juno confusing me every time. 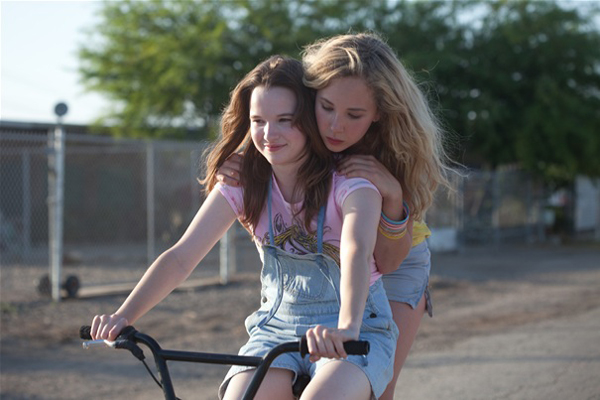 Come on Juno. You are on the back of a bicycle. Smile like you fucking mean it!
The story is mainly about two girls living in Salton Sea, California and they are poor as fuck. Well, decently poor. Lily (Juno Temple) is shown with cut marks around her vagina, clearly there from some attempted suicide. Which her dad totally did. Her mother (Leslie Mann) is doing the best she can, and pretty dang caring, but Lily is super angsty at 15, so she doesn’t care.

Alison (Kay Panabaker) is living with her dad, who is a super alcoholic. She also lost her mom, but to the Cancer. She and Lily are great friends, except Alison actually has a positive enough outlook in life. Because she isn’t a cunt.

Eventually they meet some skater boys, and said see you later town, it wasn’t good enough for them.

Yep, they decided to leave the area, steal Alison’s uncle’s truck, and drive to LA a few hours away to meet the boys. Lily is totally into Jesse (Kyle Gallner), where Alison doesn’t really care for any of them, but gives into peer pressure. The leader of the boys is David (Chris Coy), who is a no good, do nothing. They all are runaways too, living in a not so very safe abandoned apartment.

So why not get into shenanigans? Outside of normal crime and skateboarding. Like setting up dates for Lily with middle aged men to steal their shit when they get back home. Yeah, that can’t go wrong. 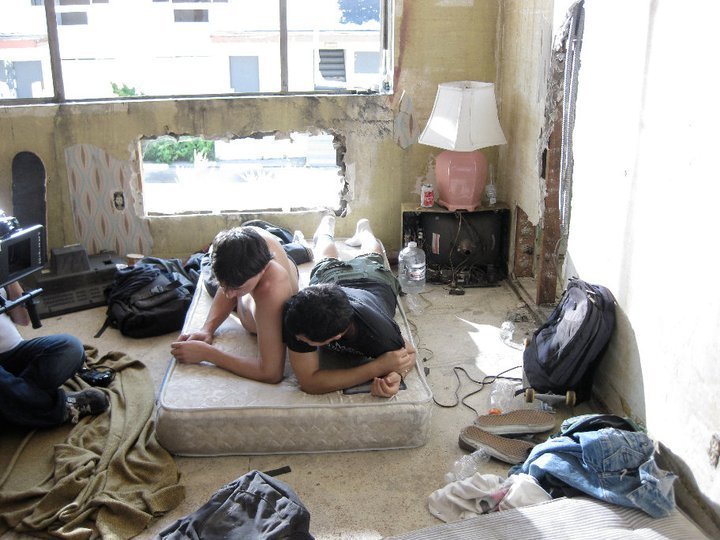 It was pretty great living for the boys before Lily/Ali joined them.
Well, this is an indie coming of age movie. It turns out most of these are all the same. We have unlikable characters, doing unlikeable things, leading me to not liking the movie. Crazy how that works out.

I wouldn’t say that the acting was bad, just I was incredibly bored by all of it. It took a long long time for the girls to meet the boys and go to LA, where any excitement started to happen. It was a chore to watch Lily bitch the whole film about her life and hate her mom, for no reason at all.

But then when we got to LA, it took awhile still to get exciting. The ending was a bit exciting, but I hate out they ultimately decided to go with the scene. Sure, it was unpredictable, but the predictable ending would have been a lot better and make more sense.

Kay Panabaker was the best part of this movie, although she has yet to be in any movie that I have rated decently. Come on woman, I liked you (ish) in No Ordinary Family. Make your sister proud.