The box for this movie is pretty cool. Jackie Chan, some other asian guy, and Little Big Solider. What is this about? What does it MEAN? 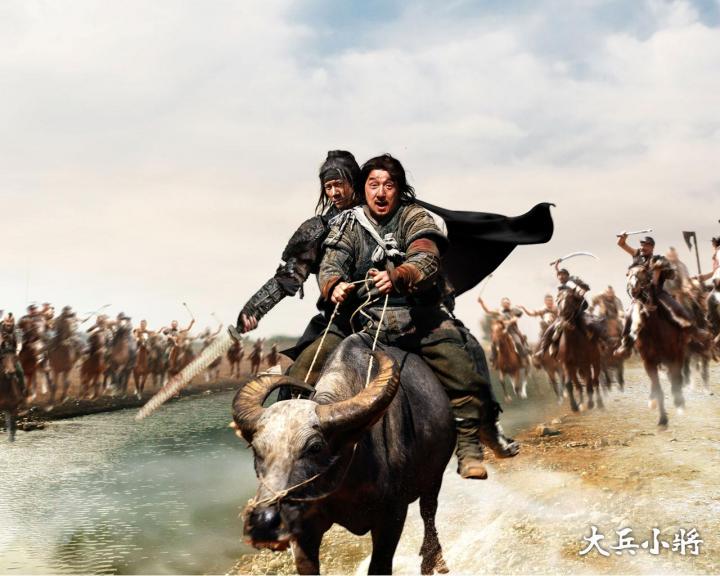 Well I will tell you.

First I think this was a pet project movie for Jackie Chan for some time. It is definitely a Chinese movie, as guess what, it is subtitled. I personally watched it Dubbed, because I don’t care. (I am not sure if Jackie Chan did his own dubbing). The story is one of the many Ancient China stories that are abundant in the world, and of which I know nothing about. This takes place in BC China, when there is warlords, fighting, big clans, armies, and more. Such a small story too in the large history, as the Writer, he clearly made this movie for him.

He plays a farmer who was enlisted to join his warlord clans army. Accidentally in his first fight he ends up capturing the opposing sides General. If a general is brought back (normally dead) to the warlord, the soldier is granted amnesty from the war, is given a large plot of land, and left alone if they want forever. All Jackie Chan wants to do is farm. Raise a family. The other main actor who plays the general also does very well. The fight scenes that featured them two were fantastically made. As you are aware, a lot of Asian martial arts movies nowadays have these artsy and stylistic fight scenes. The way they use the surroundings. The barn fight and “stick fight” were some of my favorites.

The ending I didn’t see coming, (but all my friends who know their Feudal Chinese history probably do! Yes, all zero of you) and thought it sad. Oh well. Can’t change the past.*

The movie was also beautiful on Blu-Ray. I assume there was very little used in CGI, and that the areas where filming took place just look that awesome. It is hard to imagine China as a beautiful place, mostly because I am brainwashed to assume it is just communism and other bad things. U-S-A! U-S-A!