Do you hear the people screen, screening the films of Academy? They are watching all the foreign films that might take home a win!

Even if they share a name, with other films going for the same!

And if it gets the nom, and goes up for an award, it will likely lose to Parasite all the same!

I hope you sang that. Here is a French film not based on but named after the French book, Les Misérables. 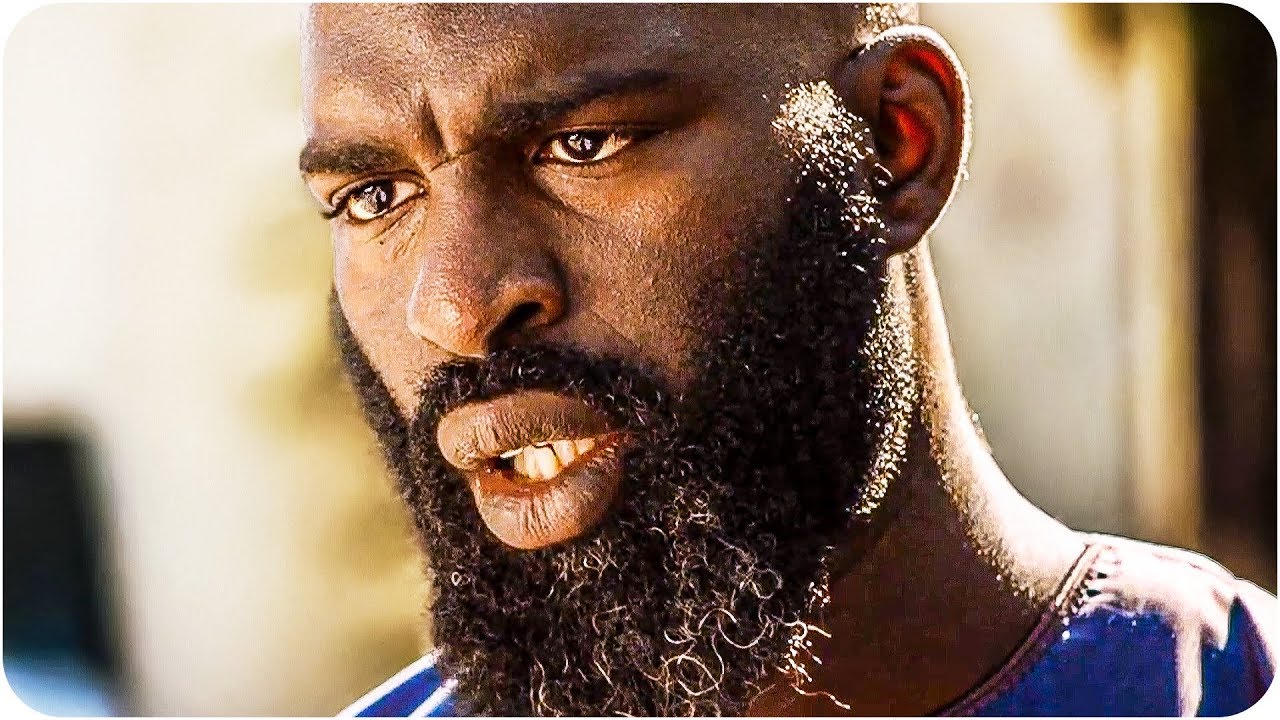 Shit, they even got Jean Valjean in this.
Stéphane Ruiz (Damien Bonnard) is a country man, moving to the big city. He was a cop, and is still a cop. But there are a lot of differences out there compared to the big city of Paris. We have a lot of groups here. Immigrants, various religions, the poor. Ruiz is about to work in one of the worst and hardest districts out there, but not without some training.

He is to follow around Chris (Alexis Manenti) and Gwada (Djibril Zonga), partners who have been running the day shift for quite some time. They don’t report every crime, no, they are here for relationship buildings. They simmer down the tensions between the various groups. They fix the growing insecurities and shake down when they need to, skirting the edge between legal and illegal.

Ruiz definitely doesn’t like the cut of Chris’ jib, but he has to go along with it. Harassing young people, dealing with criminals, all of that. And then eventually, while actually doing something potentially right, the men get overrun by the youth who are just trying to protect a friend. Then something bad occurs, and it occurs on film.

So now they have limited time to try and fix it, before maybe all hell breaks lose with the factions. 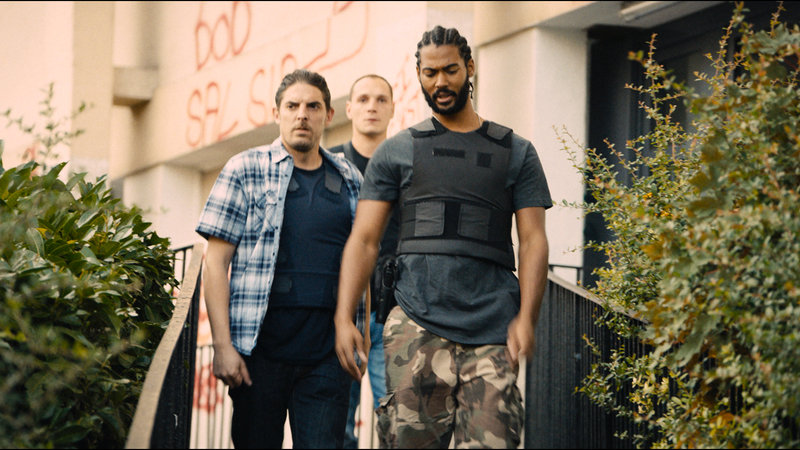 The body armor shows they are cops. That’s all it takes in Paris.

The film took me awhile to really grasp. I read only a little bit about it, and it said it was based or inspired on some riots in Paris in 2005. So naturally I assumed it would take place in 2005 and be those riots, but no, it takes place in modern times. We got iPhones, drones, and all of that.

I was also lost a little bit culturally, as getting all of the references and tensions between various groups didn’t come naturally. At one point the dick cop is making references to modern day Paris and the book Les Miserables, and the puns or jokes he was making didn’t make a lick of sense.

However, despite that, we do have a lot of tense, edge of your seat moments. I enjoyed the drama and the dilemmas that our leads were put in, and really didn’t anticipate where they ended up. I was scared by the end of the movie, while also unsure if I was upset by the events unfolding.

A better cultural understanding of Paris and past riots would make for a more full experience I believe, but on its own, it is a solid criminal cops doing bad and good things situation.