Almost universally agreed upon, Leprechaun is one of the worst franchises known to man. It has always been known for its more comedic elements and campy atmosphere, but a lot of people just seem to loathe it. Most of knowledge of it came from Wayne’s World and seeing the first one as a kid, which kind of creeped me out. But then we also got Leprechaun 4: In Space and Leprechaun In The Hood. The series kept going because, presumably, no one puts Warwick Davis in a corner.

But now that part of the Leprechaun franchise is presumably dead. Now Leprechaun: Origins, serving as a series reboot, is being made by the very prestigious WWE studios.

The company who brought us character studies such as The Condemned, Oculus, and The Day. 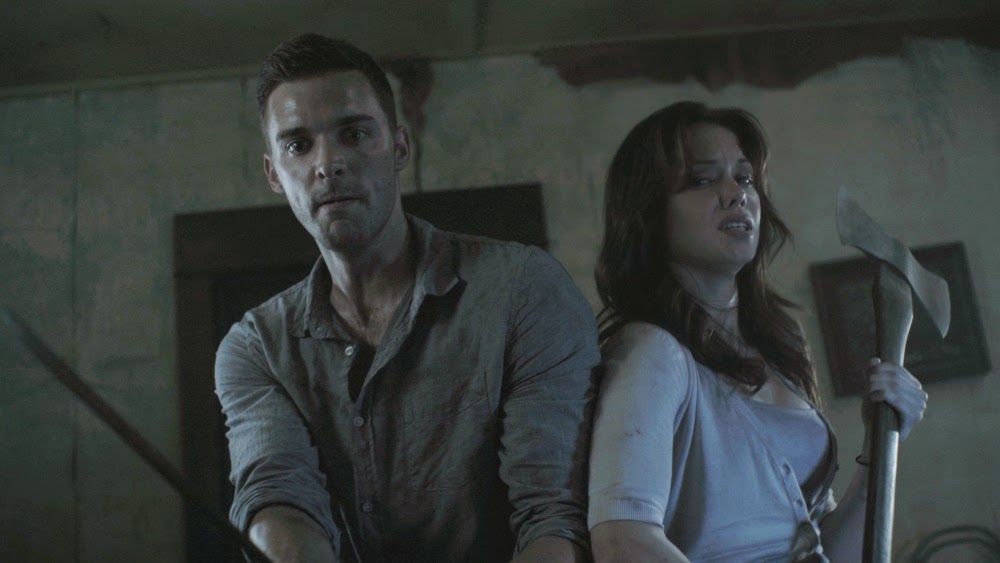 Let’s not forget the filter. How else will they know it is dark and brooding?

Ireland, because that’s where leprechauns live. Two couples, one adventure to discover the richness of the land in front of them. What secrets may they find? What hidden gems?

Well, Jeni (Melissa Roxburgh) is looking to get her Masters in History next year, but not sure what she wants to do it on. So why not look around Ireland? Her boyfriend Ben (Andrew Dunbar) more or less supports her theories, although he wants to see cooler less boring things. They also have the less important couple (Brendan Fletcher, Stephanie Bennett), who are expendable.

They go to town, hearing good things, and find out artifacts that are super old. Just a 7 hour trip from the town. They had planned to stay there just an afternoon, but when offered a free cabin to stay in over night and a tour to the site? Well, sure.

But it turns out the town has pact with an ancient leprechaun. It wants to kill the town, as they stole his gold, but they have instead let them have human sacrifices in the form of out of town visitors. Yay, appeasing leprechauns!

Some townsfolk include Garry Chalk and Teach Grant, while the leprechaun himself is played by Dylan “Hornswoggle” Postl, who I have been told is a professional wrestler. 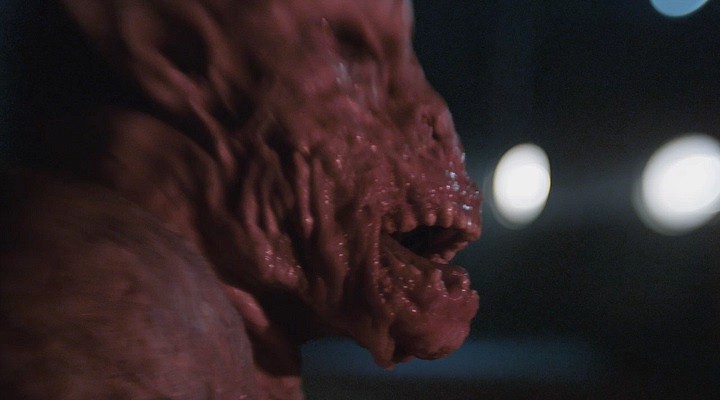 Oh yeah, you can tell this is leprechaun, because of his…uhh. Um…Uh.

I was being a bit too hard on WWE studios earlier. They also helped give us Dead Man Down, which I absolutely loved. This is not one of those glorious times.

First off, no comedic elements. Okay, fine, straight horror. I can do that. But don’t give me a leprechaun movie without anything that resembles a leprechaun. You see that picture up there? That is a hideous fucking C.H.U.D. That is not a leprechaun. It looks like they took the C.H.U.D. costume, reduced the eyes, and just said fuck it, leprechaun.

Not only that, but a lot of the “Fear” early on, involved an unseen force rushing through the tall wheat or grass or whatever, and grabbing people. That shit is straight out of Jurassic Park, is it not?

Despite going for straight horror, this movie is not scary in any way. It is just dumb. Bad acting, bad plot, bad reboot, bad characters, bad “villains”, and it feels like it drags on forever. I’d rather watch the original Leprechaun film than watch Leprechaun: Origins again. I am also confused as to why they even bothered to have someone “famous” playing the leprechaun? He has no discernible features, doesn’t talk just growls, and is a complete waste.

It is hard to say that, but this reboot is a disgrace to the already pitiful Leprechaun franchise.